From Slipknot and drum kits to slipmats and drum ’n’ bass, Joe Ford explains how he made the move from metal enthusiast to acclaimed in-the-box producer and DJ 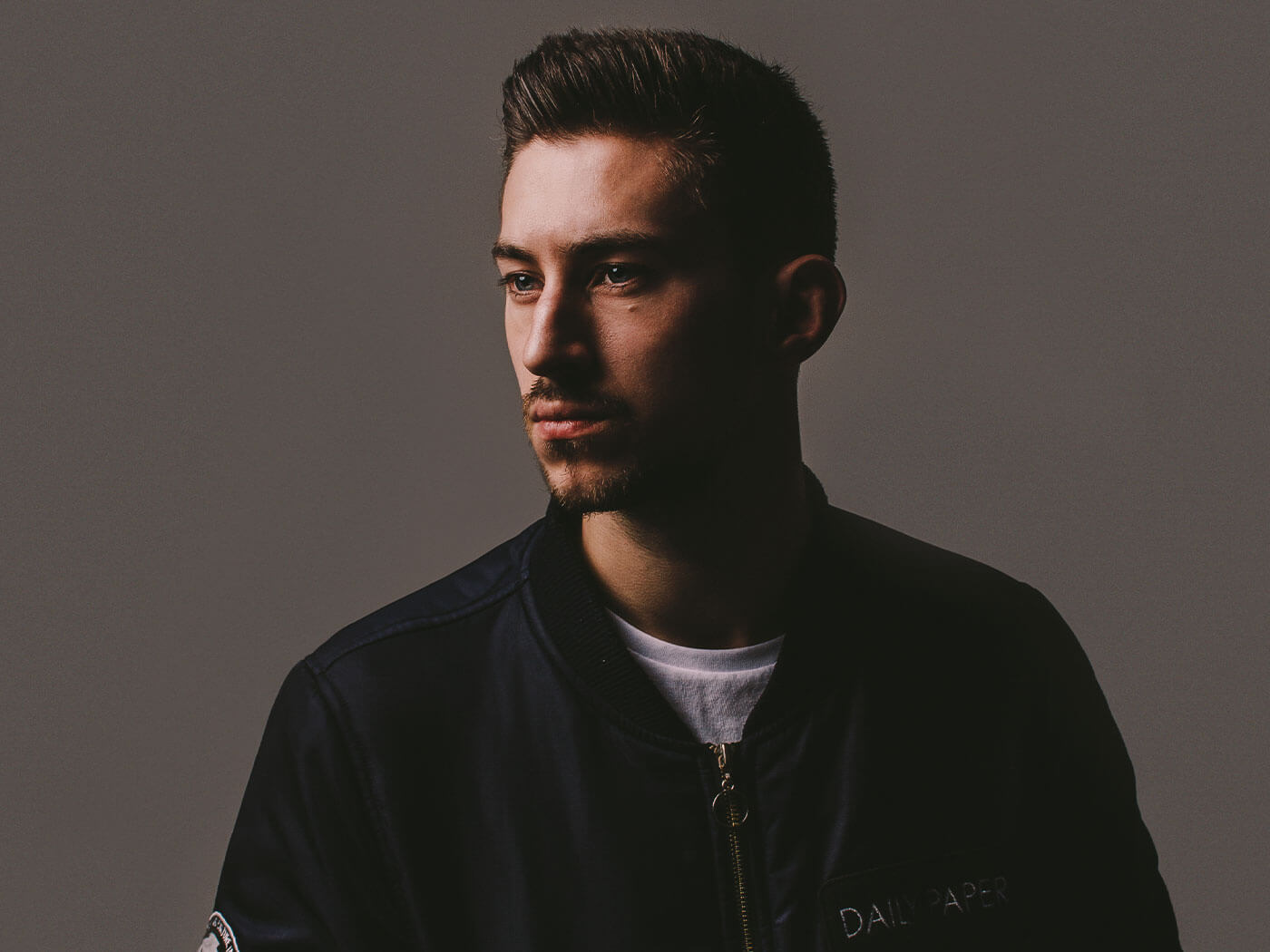 Born in Harrogate, a small town in the north of England, Joe Ford’s obsessive approach to music production has resulted in some of the most complex and technically proficient music to hit dance floors in recent times. He has quickly gained a reputation for sound design and original, wide, slick mixdowns. He’s released on some of the most respected labels across d’n’b, neuro and dubstep, supported by artists such as Noisia, Koan Sound and Friction – and he’s just getting started. We catch up with Ford about his breakthrough year, early influences and the studio gear he loves getting geeky with.

What are the songs you remember hearing as a child?

One of my earliest memories of music is being fascinated by U2’s Bloody Sunday. My tastes were really led by my dad and brother when I was younger. I also have memories of jumping up and down to the sounds of Led Zeppelin’s Kashmir at a camping trip when I was young. It’s tough to determine which came first. 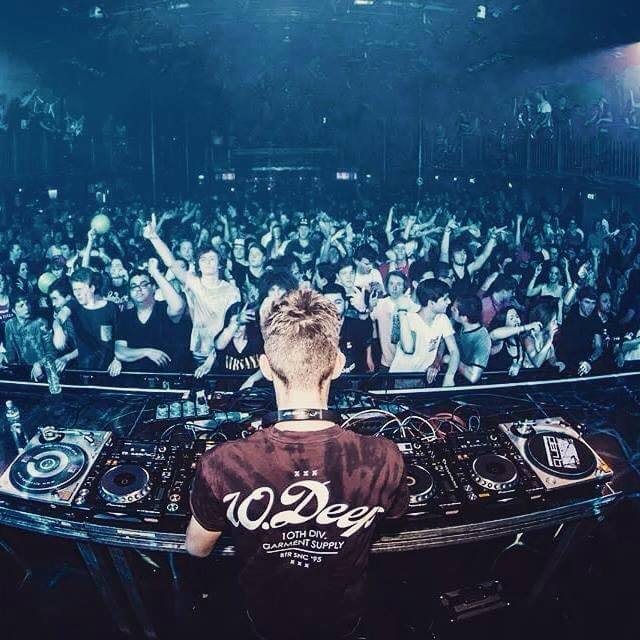 Are there any tracks or artists that inspired you to want to make music?

My brother got into drumming and, naturally, I followed. I get pretty obsessive with stuff and so spent a lot of time drumming and thinking about drumming. The bands I was listening to at the time shaped the kind of stuff I played. My favourites were bands such as Slipknot, Korn and Linkin Park. I continued listening to metal and rock as I grew up; electronic music came late for me. Then I found bands such as Dream Theatre and stumbled across Animals As Leaders, who became the only band I listened to for about two years.

When I was 17 a friend showed me the artists Datsik and Rusko, and I was captivated. It was miles away from anything I’d heard and the sounds were so interesting to me. I got a software synth and an old copy of Cubase and set to work trying to make some wobs.

From there, I went searching for new and exciting sounds. When I felt that dubstep had started to become stale, I stumbled across Calyx & TeeBee, whose basses were incredible to me. From there, Spor, Noisia and a whole world of amazing d’n’b producers were available to me.

“Maybe the most influential tune on my production, I still listen to it on a weekly basis and it blows me away everytime”

Did you start making a certain genre or style?

Yeah, I got really really into dubstep production during the last year or two of school but I’d been jamming in bands for years at that point.

How did your sound evolve? What were the first studio tools that enabled this development?

My setup was a desktop, some basic headphones and Cubase 4. I would sometimes work out riffs on a keyboard or my guitar but the hardware and software side of it was obviously limited.

What was the moment you knew that music was more than a hobby?

I had always hoped it would turn into something more than a hobby but I began to think it was a viable option aged 18 or 19, when I released a tune on a small d’n’b label. I made a small amount of money but, to me, at that age, it was really something. 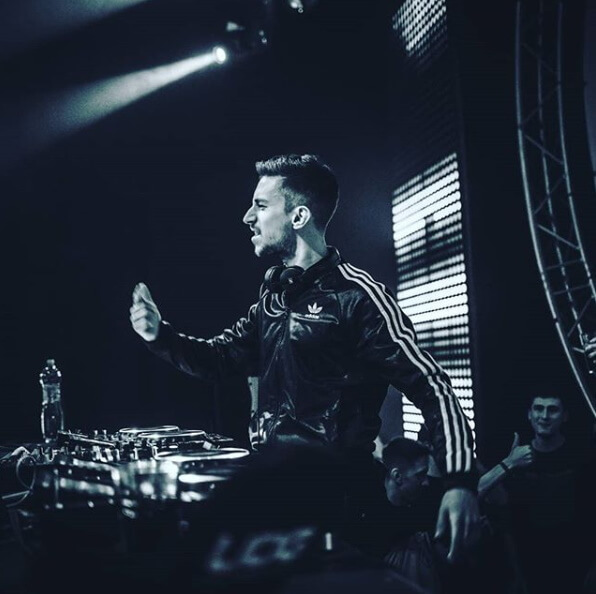 Did you have a commitment to being a professional early on?

I was pursuing it as some sort of career when I was 20. I only did two years at university before dropping out to pursue music full time. I had to have a day job for at least two years though.

What advice would you give others trying to break through?

It’s difficult. The landscape has shifted a lot since I came through. The only advice I can think to give is to experiment as much as you can. Following tutorials exactly will produce results that already exist. Using tutorials and lessons as frameworks to expand upon is fine too but, if you try to develop your own ways of doing things, you’re much more likely to produce a distinctive sound. It’s extremely competitive out there so you have to put the hours in. The trait that has always been on my side is stubbornness. I don’t think I’m particularly gifted with music or production but being constantly unhappy with how my music sounds forces me to try and improve, which can be a useful if not disheartening process.

Did you have help in breaking through, anyone that you owe thanks to in helping you achieve your goals?

Axel, the guy who runs the channel, sent it to Ammunition Recordings and they signed it up. They continued to support me and my releases from there on. I have a lot to thank Axel for.
Some other names I should shoutout are Asa, Jim and Will [Asa and Koan Sound] for giving me a helping hand and pushing my music toward Inspector Dubplate, my EP on Inspected did a lot for my career and I think it was this connection that led me onto Shogun Audio, where I really started to make a living from my music.

What have been your proudest moments?

My first single on Shogun Audio went to number-one on Beatport, which was a big high for me. The feedback from my debut album, Colours In Sound was strong, which felt amazing.

What’s on your DJ rider and why?

Nothing interesting: beer, rum, apple juice, Haribo, ‘a lonesome babybel’, which was mine and my manager’s attempt at diva humour. They are useful snacks when travelling back to the airport the next day feeling worse for wear.

What new gear would you like to see released?

Up until this year when I moved to Bitwig Studio, I had been waiting to find a DAW that would act like a synth, linking any signal to any other, putting envelopes and LFOs on any parameter. Now that’s a reality. I’m in production heaven right now.

I can’t think of much that I wish existed but doesn’t. Maybe a dedicated bass-distortion plug-in. There are a handful of specific techniques that I use all the time that require six or seven instances of EQ and distortions. A parallel distortion chain that has EQ control either side of a distortion unit (boosting the lows or fundamental of the bass sound before the distortion, then low-cutting afterwards, for instance) is something I do many times a day. A single plug-in that could handle that would be nice. Maybe I should get someone to make one.

I work with headphones so probably a new set of bangin’ cans or a sub pack – or both.

What’s next for you?

I’ve got a few exciting things on the horizon. I’m working on an EP for a label I’ve wanted to work with since I found d’n’b, which I’m excited about. I’ve just finished a batch of remixes, one of which I think could be a big one for me – but I have to keep tight-lipped about specifics.

I’ve also got a free sample pack out with BandLab, which I’m proud of, and two hefty production tutorials on the way.