We chat with James Hurr to get the lowdown on what makes him tick and how the magic unfolds in his London studio. 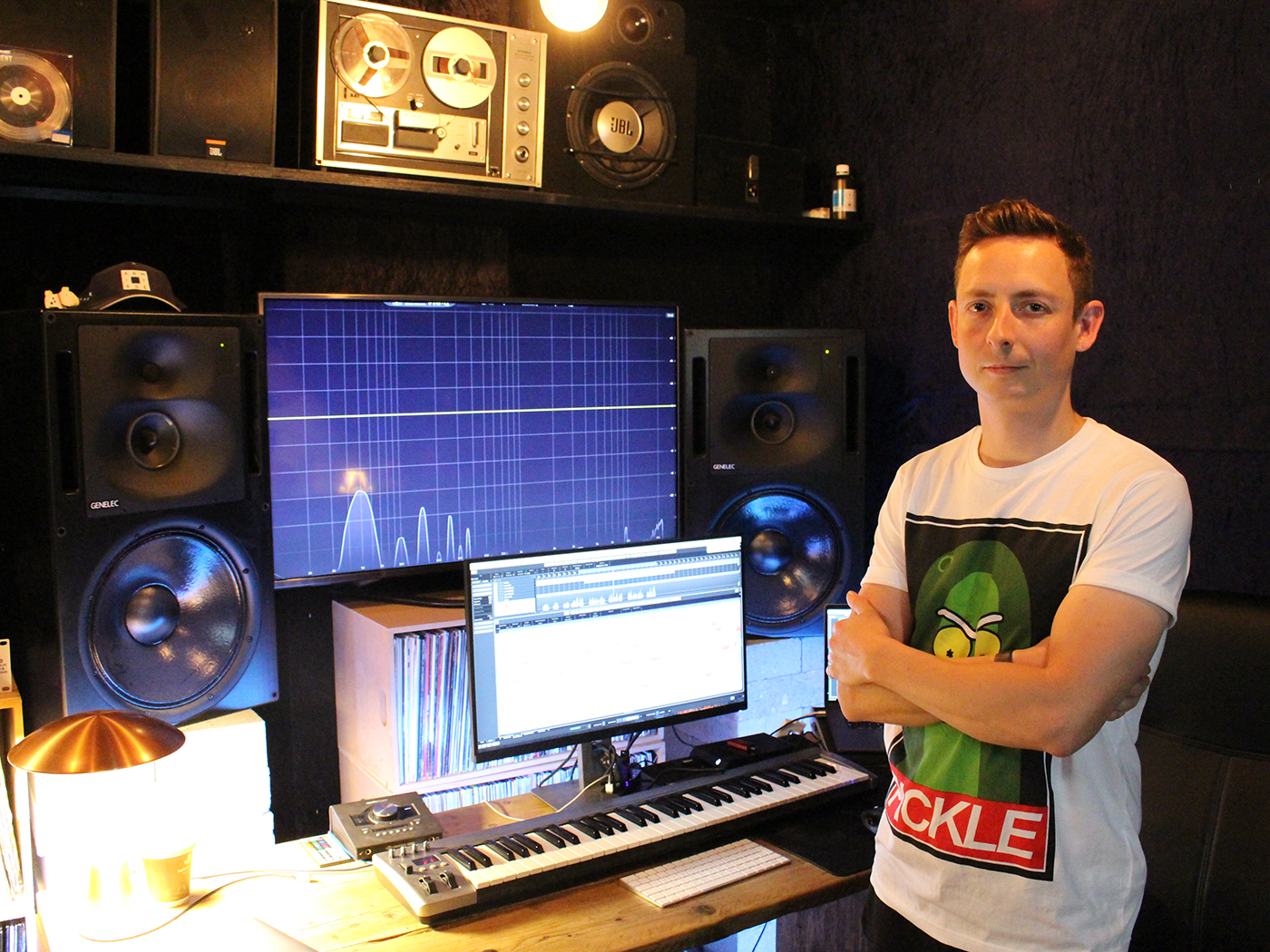 As a child of the 80s, raised in Ash Vale in Surrey, James Hurr had a relatively quiet life until he discovered rave culture at the tender age of 15. His enthusiasm for this incendiary new movement was not approved of by Guildford’s Royal Grammar School, where years earlier he had won an assisted place. His nocturnal activities caused a bit of a stir, and he was promptly and politely asked to leave as his newfound passion took priority.

James’s fascination with electronic music continued with regular visits to renowned London clubs like Heaven, the Ministry, Bagleys and Trade. These visits further reinforced his desire to be involved in the industry and he soon found himself venturing into the world of DJing, where the urge to produce music really kicked in.

One night, whilst DJing at London’s Fire in Vauxhall, a chance encounter with the Sharp Boys led to a role as an engineer with the outfit (and also, living with them!). He was then introduced to the Hoxton Whores a little while later, taking up mix engineer duties. This triggered a sea-change in his professional standing, and the floodgates opened for his services with clients Toolroom, Defected, Universal, Ministry Of Sound, Warner Music and Spinnin Records.

In 2017, James launched Aux Studios. Here he perfected his craft and brought to life a catalogue of electronic music adored by millions around the globe. Recent anthem’s like Leftwing & Kody’s Radio 1 play-listed Feel It, Mark Knight’s remix of Dido’s Stay, his own track Miracle as HRRTZ & Light Army, plus Moto Blanco’s remix of Dionne Warwick’s You Really Started Something, are perfect examples of why James is hot property right now.

What inspired you to take up the path of a producer and mix engineer, was it something you planned to be or did it just happen organically?

I spent a lot of time at outdoor raves and desperately wanted to recreate the music I was hearing, so when I got kicked out of school at 15 and had to find somewhere to study, I went to the ACM in Guildford to learn music production.

After a year of study I spent every spare minute practising on a friend’s computer and eventually landed a job making tea and assisting with music production for a Brighton studio that specialises in Hi-NRG music. I got paid £100 a week and up until this point I never imagined I would get paid to be in a studio and actually make music.

After that I set up a small studio and continued making Hi-NRG cover albums that were sold in HMV. We did everything from Barbra Streisand covers to the X-Factor Christmas number ones. The idea being that as soon as the X-Factor Christmas single was announced, we would do a dance cover with another artist and release it in HMV at the same time in a hope to make sales off the back of the publicity. I eventually moved to London for my DJ career, but started picking up studio clients left, right, and centre as I was in nightclubs most nights of the week and producing records for DJs in the daytime.

You mainly work within electronic genres, has this always been the case or did you perfect your craft with other genres too?

I learnt how to mic up a drum kit in college, does that count? These days I’m often working on a hybrid of live and electronic tracks, but it’s all in the electronic dance world, I love massive synthesised kick drums too much.

When producing and mix engineering, what DAW’s are you working with and why are they your weapons of choice?

I was taught to use Cubase at the ACM in Guildford and stuck with it ever since, apart from when I got my first producing job at a studio in East London. They phoned me the day before just to confirm that I could use Logic and I said yes, which was the little white lie. I learnt to use Logic in 24 hours and produced the Hoxton Whores remix of Arolla’s ‘Dreaming’. I still have no idea to this day how I pulled it off. Cubase also has some blinding native plug-ins, namely the Multiband Envelope Shaper; this is insanely useful for tidying up loops or enhancing the attack of sounds.

It’s the first day of a new mix project, can you tell us how you go about starting a mix session and some of the key approaches you take in deciding an overall outcome?

The number one aid for mixing and production is having reference tracks in the environment. Without these you’re mixing blind. For a straight mixdown, I’ll import the stems into Cubase and turn any loops into shared/ghost copies and map them across the project so I can work on the drums and bass in as shorter loop as possible. I’ll also put the kick into Metrum (a kick drum sampler), so I can pitch it down and layer it.

The aim is to create an unforgettable driving groove that you can dance to for seven minutes and not get bored. When doing a full production and the client is attending, it’s paramount to understand the client’s personality and what gets them excited, as well as understanding how their product will fit in the marketplace. I’ll usually try to establish the following:

We are now living in a world of mix processing, where digital can now virtually emulate those classic analogue machines. When mixing, do you prefer digital over analogue, or do you often find yourself using some analogue?

Cables confuse the hell out of me, so I prefer working in the box with as few wires as possible. Some geeky friends of mine at a mastering studio null tested UAD plug-ins against the original analogue equipment and found most of them virtually identical, especially the Pulteq and Manley EQs. So if I want analogue, I’ll use my UAD Apollo Twin. It’s also a time factor. I like to be fast and efficient and sometimes need to make changes to mixes at a moment’s notice. I once had to finish a remix on my laptop from an airport, two hours before it was due to be played on Radio 1.

What are your rules when it comes to sounds being bussed or grouped together before and during a mix, and how do you go about chain processing each bus?

I’ll group my bass, music and drums separately and send them to a master bus with an automated filter to cut the low end in breakdowns. I also have an FX bus for any incidental noises that don’t affect the main groove or melody, and lastly a vocal bus. I try to keep the kick largely unaffected by group FX as this is the central part of the mix.

Listening to your work, it is clear that warmth, feeling, space and depth is prominent throughout all of your projects. Did this take you a long time to learn this key craft and could you offer some advice to our readers on how to learn and improve their own production, mixing skills and techniques?

Sure, warmth comes from rich harmonics, especially in the low mids, so harmonically rich sound sources are vital. Otherwise, use harmonic distortion plug-ins to fill out the frequencies of thin sounds using something like Soundtoys Decapitator. Space is simple, apart from the kick and bass, pan or make most things stereo with a Waves 2-tap delay. Depth can be achieved by delays and reverbs on some sounds and by paying close attention to the subharmonics of kick drums and basslines.

Cut everything below 30Hz and make sure the kick and bass are giving good energy around 50Hz. To understand feeling in music, I believe you have to experience the environment in which it’s played; for example, if you make techno, then go to Berlin and see how the music creates an atmosphere at a riverside warehouse rave. Similarly, if you make house or tech house, then go to a Defected or Toolroom night and experience the mood that certain songs create.

Generally my work doesn’t get mastered and the only plug-in on the master bus is a digital clipper such as the Sonnox Inflator. I also avoid using compressors unless they’re creating an effect, like enhancing the attack of a drum sound. If I could offer once piece of advice when producing dance music, it would be GET THE KICK DRUM RIGHT FIRST! Do this and the rest will follow.

It’s also paramount to get the sound sources and samples right in the first place, as using the excuse of ‘the mastering will fix it’ is never a good idea. Once you have a good kick and harmonically rich samples, then quantise as much as possible; this creates a lot more room in the mix and means you don’t have to squash everything together to make it sound ‘finished’.

What are your ‘go to’ effect processors that you use in a mix session time and time again, or does it vary?

My secret weapons before the processors are my Genelec 1238A monitors, these are absolute beasts and allow for serious sub bass monitoring, an absolute must for club music. Apart from that I’m all about having a lighter/more efficient DAW. Most of my processing is in the box and I love to use the Maserati GTi on everything that has a pluck… everything! Fusion Field is a nice long colourful reverb, great for adding tension to build ups.

For working a lifeless drum bus I always use the Waves SSL Bus Compressor, and for some additional mental processing, iZotope Trash makes boring sounds come alive, especially when used on the Arturia Minimoog V. Dubstation 1.5 is without a doubt the best dub delay plug-in you could ever hope for and JJP Vocals gives instant satisfaction for lifeless and dull vocals. Some other plug-ins of note are Sausage Fattener, Effectrix, Sonnox SuprEsser, Waves RBass (use with caution), CLA Vocals, Waves C4 and Vengeance Metrum. So, yeah, lots of variation, depending on the sounds I’m working with.

If your sound was a flavour, what would it be?

Errm… Bread? It’s everywhere and always tastes better with a bit of cheese on top, although some people are completely intolerant to it!

Rumour has it you have just completed some work with Basement Jaxx, can you give us an insight into the project, how did it go?

I helped mix their most recent release, Yodel, comprising of 105 stems (and that was the simplified version). It was a complex work of genius and we spent a fair bit of time balancing the incidental sounds, which ranged from orchestral brass to Seagull noises. These guys are super professional and really know their stuff!

I like to think of my studio as a hub that connects people. Many artists, DJs, managers and promoters have crossed paths at my studio over the years and I get a real buzz when genuine bonds are created in the music community. I know it’s cheesy, but music should bring people together, and if I can be a part of that in any way, then I’m happy.

Finally, what upcoming original productions and engineered projects should we look out for?

As well as the usual Mark Knight and Toolroom projects, I’ve been working on a few of my own artist names including Hrrtz, Harris & Hurr, Hot M3ss and Frederick & Kusse as well as an ad campaign for Red Bull that involved sampling F1 engine noises to create the composition! 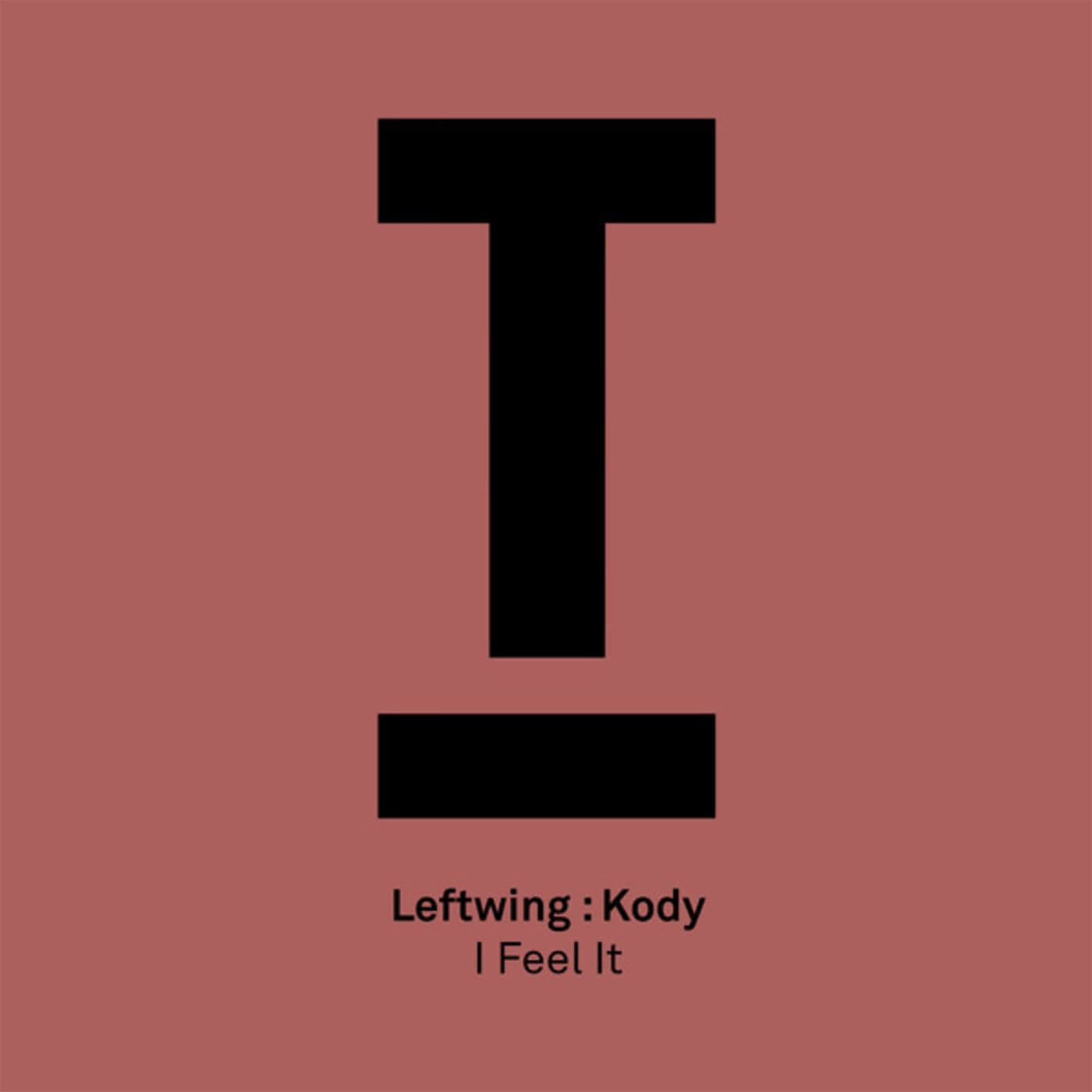