Harry Romero shares his tips for making it in the industry

With a career stretching all the way back to 1995, Harry Romero has become one of the most respected DJ/producer names in the industry. We talk about breaking through in the business, his most important studio gear and the last time music made him cry. 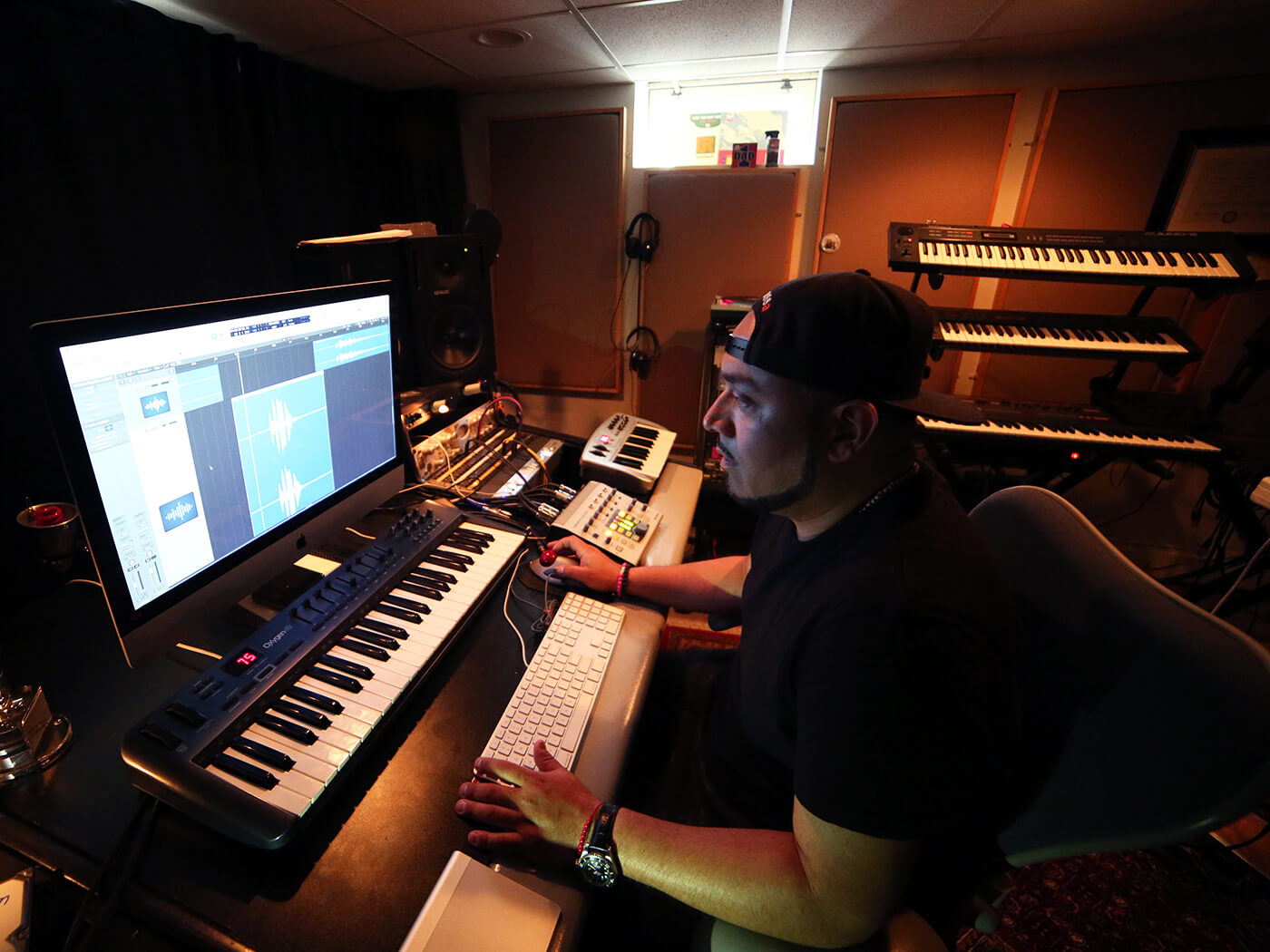 Raised in New Jersey and previously known by his full Harry ‘Choo Choo’ Romero moniker, he’s now a certified legend of the US East Coast house-music scene. Now even though the Choo Choo tag has gone, Harry’s commitment to quality underground house music is unchanged. Releasing on most major imprints, he helped define Erick Morillo’s legendary Subliminal Records alongside friends Jose Nuñez and DJ Sneak before launching his own Bambossa label.

Harry has become renowned for crafting a floor-filling, bass-heavy house sound that incorporates influences from tribal and Latin grooves. We wanted to take a look at the studio behind the sound and understand the method behind the man…

Four or five years ago, you seemed worried about DJ culture, claiming it had died…

I was a bit down on the scene five years ago, because I definitely saw the change of how commercial it became. Having said that, I was able to adjust my point of view since then and feel that the culture is in a better place than it was five years ago. The music has greatly improved and those that were really into EDM seem to have graduated to a more pleasant sound that has a lot more house-music DNA. So all in all, I’m happy with where things are going.

You started making tracks back in the early 90s. What were the first important studio purchases back then – any gear from back in the day still in your studio today?

The real first majorly important piece of equipment that I purchased, besides a computer, was an Akai S-3000XL sampler. That really revolutionised the sound quality for me and the amount of control I had over the samples. I still love the dirty, unique sound it possesses and I still use it currently. I was able to use filters and LFO for the very first time and that totally sparked my creativity. It also had a lot more sample time than what I previously used on the Ensoniq EPS-16.

Your music-making process is fast and fluid – have you always been committed to this instinctive process?

The more time I’ve spent making music, the more efficient I’ve become. Technology definitely helps things to go smoother and faster. Back in the early days, there were a lot more steps to the process of getting that sound you wanted. For example: adding flange to a delay. Now, it’s a couple of clicks of the mouse. Before, it was a lot more tedious, because I didn’t have a lot of effects units so I had to resample what I wanted to free up the delay and flange effects units so they can do other tasks.

My process is to really block out the arrangement and sound in one session. I then go back and concentrate on the details like transitions, sound FX, volume levels etc. All in all, I like to keep it as fun and spontaneous as possible without compromising on overall sound quality.

You started DJing when the only option was two vinyl decks and a mixer, now there are so many options for the DJ. Does the equipment matter to you?

I’m very glad I was able to learn on vinyl. I feel that learning the basics of mixing two records together will only make you a more well-rounded technical DJ. But it really comes down to how you rock the crowd. It comes down to your music selection and how you put it all together to move the crowd. And I don’t care what equipment you use. I don’t care if you use sync. I don’t use sync, but that’s my preference. My setup is quite basic: three Pioneer Nexus CDJs and a Pioneer Nexus mixer.

What’s your advice for anyone looking to break through now?

My advice would be to study the history of house music and music in general. Get a grasp on what’s been done and who did it. If you have a real passion for this, then the curiosity will come naturally.

Learn your craft and spend as many hours as you can in the chair trying different ideas. One day, it will all click and will take most of the guesswork out from the creative and sound process. Also, start creating a folder of sounds that you can get to easily when creating. Access to sounds is up there on the list of importance. And remember, the only stupid question is the one you don’t ask. Always ask those that have been around longer.

Were there any major moments along the way where you came to a crossroads and had to make a big decision?

I guess the last biggest decision I had to make in recent years was to really start to wave my own flag. What I mean by that is not relying on anyone but myself and my amazing team to get me to where I want to be by concentrating on my own brand. I decided that I had to be the person that invested in myself more than any other. I had to put my ass on the line to let people know and show them who I was in the studio and behind the decks.

Sadly, having a strong work ethic and releasing strong music is not enough these days. You need people to help you connect the dots and I have that with the support of Armada, my management team and my agents.

When was the last time music or the industry moved you to tears?

There are two moments that come to mind. First one was in Germany. I remember two people coming up to me after my set. It was a man and a woman. The woman says to me that the guy she was with is deaf and he wanted to express to you how much he enjoyed your set, and that it was life-changing. I politely asked: ‘How can he say that, if he didn’t hear any of it?’ She said: ‘He was sitting on the bass bin for the whole set and told me he never ‘heard’ anything like it.’

The second story that comes to mind is a woman coming up to me after my set and she said: ‘Your song Believe stopped me from committing suicide.’ That one made me really emotional. That moment made me realise the power of the music I was making. It forever changed me as a music-maker.

Which producers are really impressing you right now?

I think I want to break this into two parts. Producers that impress me are &ME, Derrick Carter and Jamie Jones to name but a few. Producers that I like and are super-consistent are Joeski, Nathan Barato, Denney, Truncate, Josh Wink, Erik Hagleton and Tony Loreto.

What’s coming up for you in terms of releases and remixes?

Steve Lawler’s new remix of Tania is up first, with a second mix from Honey Dijon and a third from Danny Tenaglia to follow! And Night @ The Black remixes will follow on Bambossa later in the year. Also, I am delighted to say that my debut Essential Mix is incoming mid-June, which will give a real flavour of my sound, as well as a few surprise curveballs.

People can find out about me first and foremost through my music and my label Bambossa. I never stop making music and this year, I’ll be playing more shows in the UK and Europe than I have in quite some time. I’ll also be at the International Music Summit in Ibiza with my team at the end of May, so I look forward to seeing some of you somewhere sunny soon!