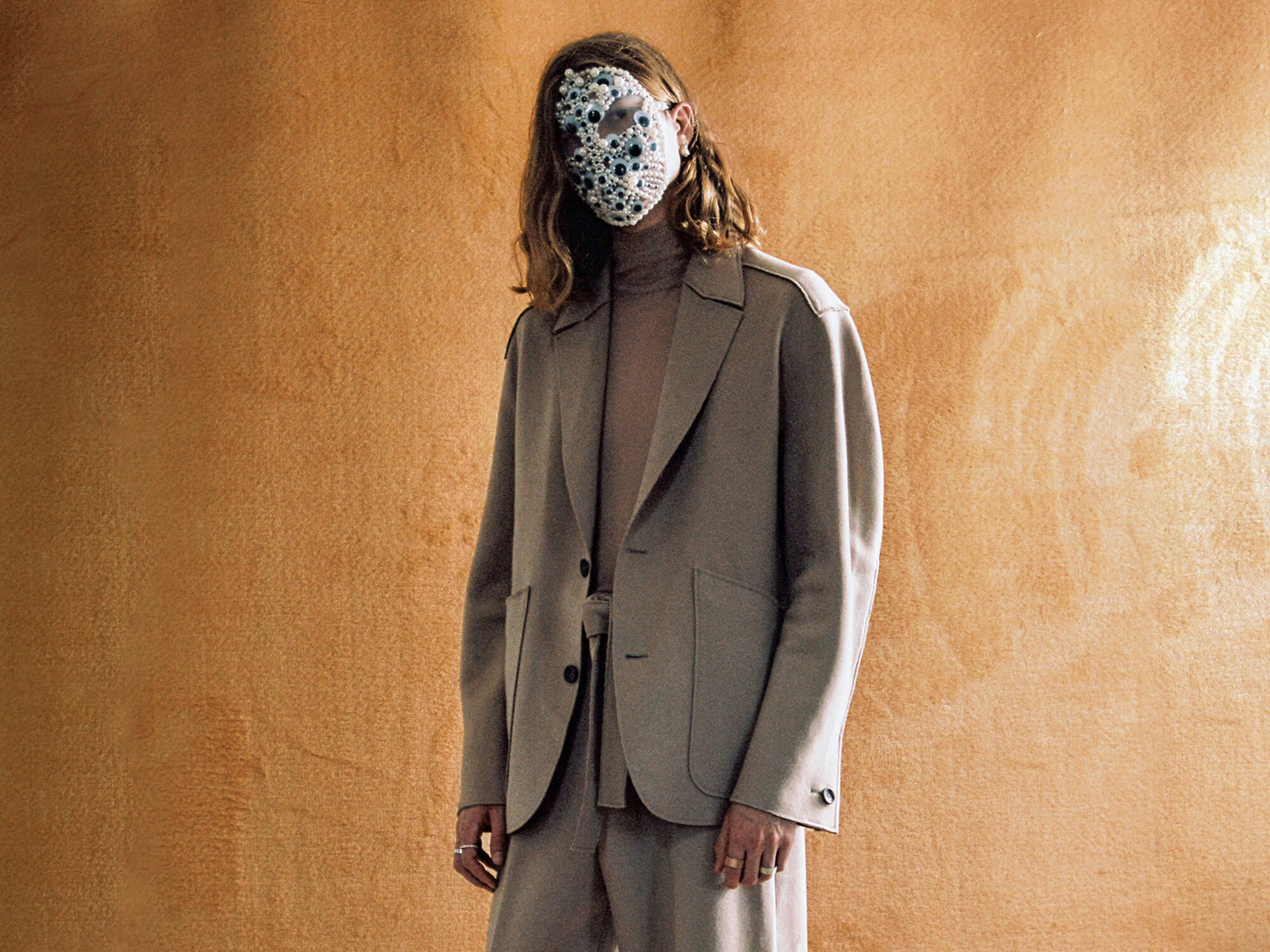 Who is Godford? Behind the mask of the elusive French electronic artist: “When I’m producing music, I’m in my own world”

Anonymity is difficult to achieve in today’s hyper-connected world, but French artist Godford remains disguised as they release their sophomore album, I SHE YOU.

“Between you and me, Godford is a side project of a major French electronic artist”, so says a source for MusicTech. In the digital age of Instagram and TikTok, it’s a challenge for anyone to have secrets. Still, the French producer is well-practiced at keeping schtum.

“I prefer to step back and only show my music and art,” they explain. From wearing an elaborate mask to providing cryptic answers in interviews (“They are a person of very few words,” explains their PR), this electronic artist has kept their identity shrouded in mystery since they first emerged in 2020.

With an exciting new record, I YOU SHE now out in the wild, Godford might have to go to ever-increasing lengths to protect themselves from being uncovered. The album and its mixture of heart-tugging electronic textures create a sonic world that works well on the dancefloor as it does on BBC Radio 1. Their music is making waves among an expanding audience, only adding to the swirl of intrigue and attention surrounding them.

So what do we know about Godford? Well, if you follow the trail of online clues and whispers, Godford appears to be the alias of a successful French electronic artist. You can tell from the music’s polished production qualities that this is the work of an established player. With rumours of high-profile achievements already under Godford’s belt, albeit in a different guise, their ability to keep their real identity to a handful of people seems even more impressive.

Reddit users are trying to crack the case, speculating that Godford is one half of The Blaze – only to find out that the facts don’t quite match up. For now, the producer is still incognito.

“I prefer to step back and only show my music and art.”

Debut album Non Binary Place first landed in 2020 and won plenty of plaudits over with stand-out single Better Place attracting much love from Fader and Forbes and comparisons with DJ Seinfeld and more. Released within a year of this first long-player, the rapid arrival of follow up I YOU SHE and its musical quality suggest Godford is not only an ingenious music maker but a fast mover too. They cite a list of classic electronic and hip hop artists as key influencers on pushing their sound.

“I started making music when I was a teenager and was inspired by artists like Frank Ocean, Phoenix, Moby, and Daft Punk,” they say.

While these references run right through their two albums to date, Godford aims to go beyond any concept of physical identity. Rather than using a real name or showing their face, they want their music to do as much of the talking as possible. In a world of chronic oversharing, it’s a refreshing stance to adopt.

“I’ve made this project to be 100 per cent myself, and to be the music that I love, regardless of any musical or social media trends,” they explain. “It’s not a challenge for me to stay authentic. I’m enjoying being totally limitless in the way I produce music.” 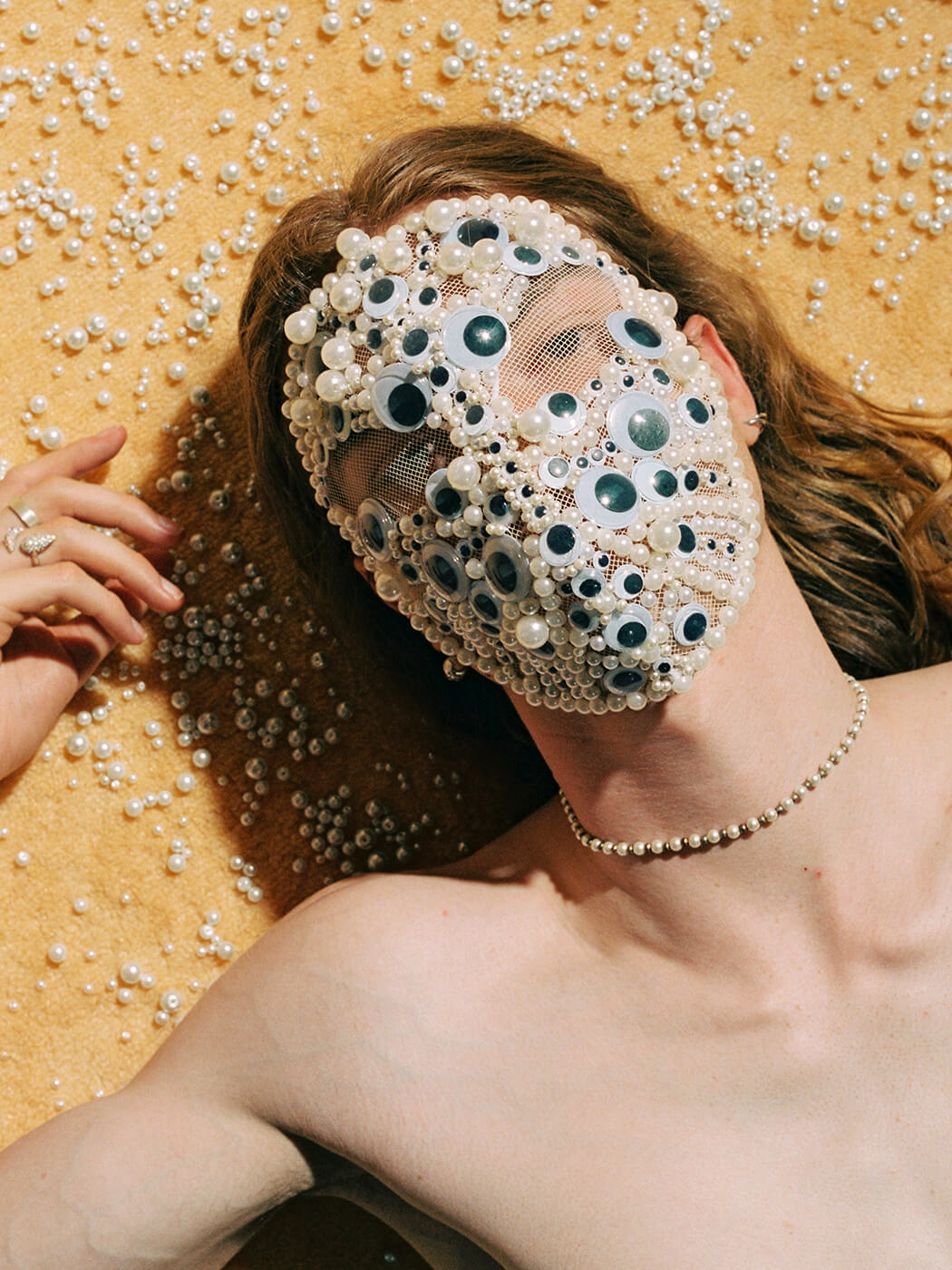 Godford pulled together much of their new record during the COVID-19 lockdown. While social distancing restrictions were in place around the world, Godford took themselves to a new and exciting creative space via the album’s recording process. Speaking of the pandemic, Godford suggests that looking to remove this sense of self meant lockdown’s claustrophobia didn’t encroach too much on the music’s shape.

“This actual period was not an issue because when I’m producing music, I’m in my own world,” they explain. “I disregarded everything that surrounds me and almost forget who I am as a person.”

Godford wants to achieve total immersion in their tracks. In previous interviews, the artist has likened the music-making method to how one enjoys a video game.

“The experience is similar when I’m producing music,” they say. “Video game players step into a whole new world to escape reality and inhabit their own bubble.”

Godford split the recording of I YOU SHE between sessions in a home studio in Paris, then another studio space in rural France.

“The countryside was very refreshing for my creative process,” Godford says. “It’s always good to create in different environments. Displacement breeds perspective, and the juxtaposition between a city environment and the countryside allowed me to focus on putting those feelings into the music.”

“This actual period of COVID-19 was not an issue because, when I’m producing music, I’m in my own world. I disregarded everything that surrounded me and almost forgot who I was as a person.”

The contrasting settings certainly fed into the emotive music they produced. The record’s vulnerability shines through with some reviewers describing how Godford creates “a vibrant world of shimmery sounds and prickly beats that slither over listeners, enveloping them in a gleeful, electronic atmosphere”. Godford says that the warm response to their debut motivated them to take their music to the next level.

“I got more comfortable. I gained confidence with all the positive feedback from people so it helped me a lot during my creation process,” Godford explains. “I felt totally free. It allowed me to do what sounded right to me and focus on the feelings I wanted to bring to each song.”

The uplifting lead track Say My Name is a particular highlight for the producer, encapsulating the different emotions of euphoria and melancholy jostling for attention within their music.

“I’m pretty proud of the album in general and I’m very happy with Say My Name,” they say. “It reflects what I love in music. Recently on BBC Radio 1 Clara Amfo described the song as ‘a hug in the rave’. That’s exactly the feeling I was trying to achieve.” 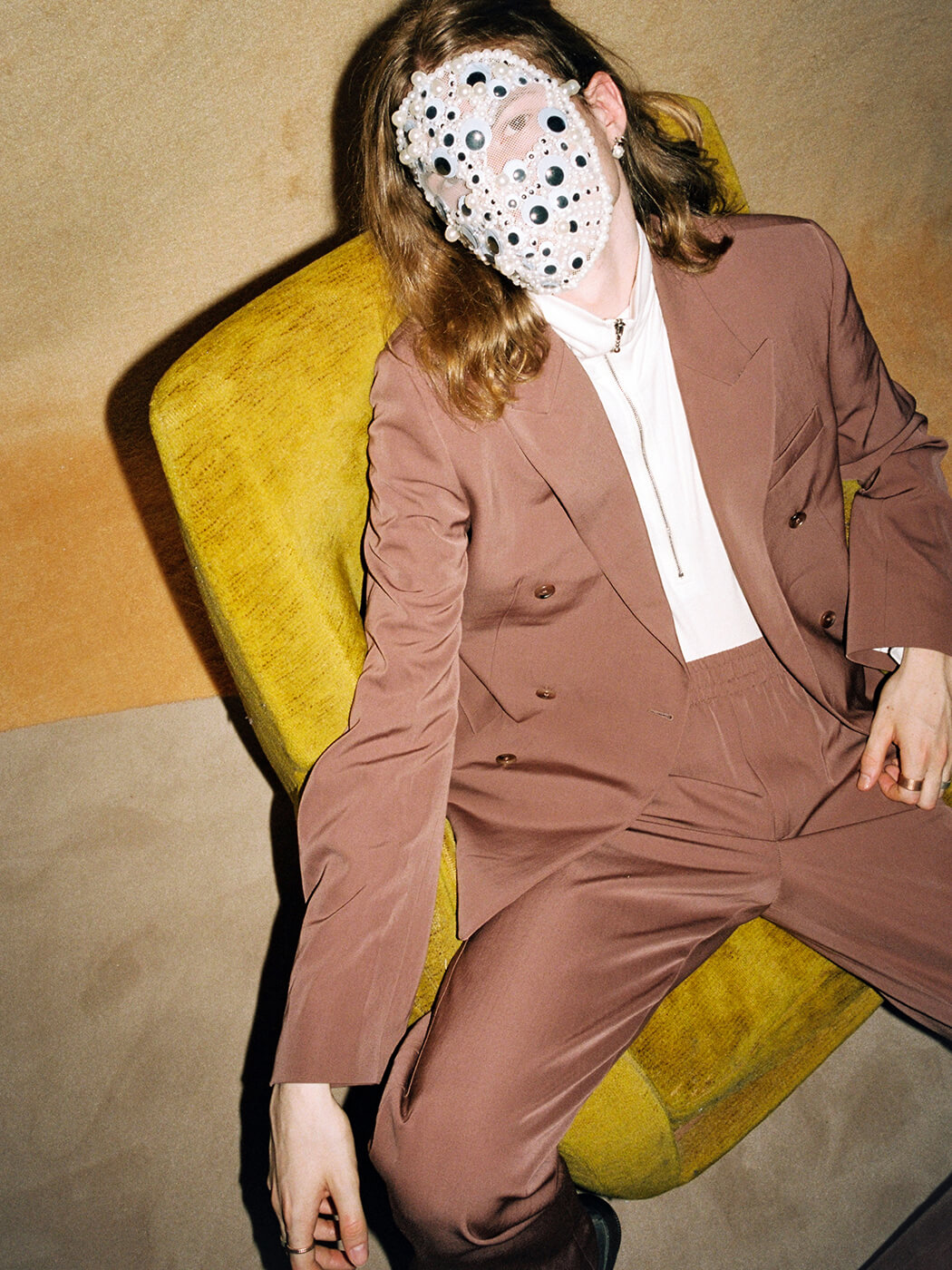 While Godford has used different locations as a base for their musical endeavours, their studio set-up is low-key, emphasising ideas over tech wizardry.

“It’s a simple setup,” they say. “I have a laptop with Logic Pro X and some small Genelec speakers, a USB mic to record vocals, and a basic Korg keyboard.”

“I always start with a piece of an arrangement,” they continue when it comes to unpicking the musical process itself. “It could be some simple chords or a little melody with an interesting sound. Then, I’m looking for some short vocal hook and work around it at the same time.” 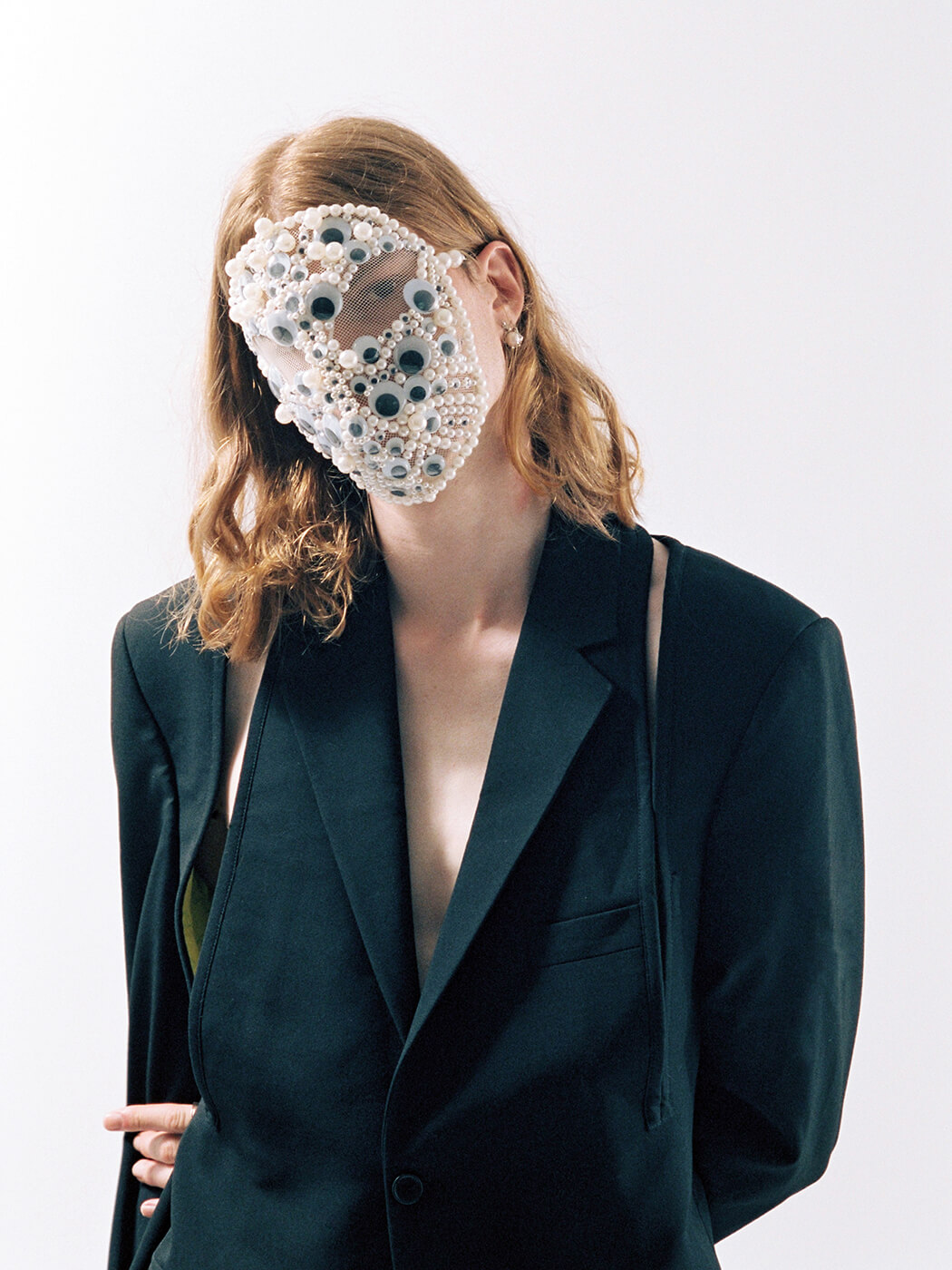 Although the process sounds simple, it’s a testament to their production skills that it’s led to so many earworms.

With their music described as “walking an impeccable line between ethereal and danceable, individually and as a whole”, Godford’s tracks are assured and draw on a wide range of styles from UK garage to more ambient and downtempo tones. It means they are well placed to offer some insight for emerging producers.

“It’s always good to create in different environments. Displacement breeds perspective, and the juxtaposition between a city and the countryside allowed me to focus on putting those feelings into the music.”

“Use your vocal as a sample and play with it,” they say. “Try to be simple, and be faithful to your musical influences. Less is more.”

They are also at pains to point out how the process of making music should be a pure one for the artist. Music is all about expressing yourself rather than adding too many effects or overthinking an idea.

“Every producer is free to do what they love. That’s the most important thing: do what you love,” they say.

In light of the album’s release, Godford has kept busy with their first tour. They’ve played the record at a handful of carefully chosen shows at London’s Peckham Audio, alongside sets in New York, Montreal and Los Angeles. As more dates are gradually dropping into the diary, Godford relishes connecting with crowds in real-time as much as working in the studio.

“I love both,” they say. “I just played my first show in Paris and it was amazing to hear people singing the songs. It is a really special feeling. I need both the studio and gigs to be fulfilled.”

“Innocence, romance and rave: those three emotions are part of me, part of who I am and part of what I love the most in music.”

While Godford’s identity remains firmly under wraps for now, the one thing that stands out is the power of the music. Regardless of who they are, their plan of existing as a creative in a non-binary space is working.

“Innocence, romance and rave: those three [concepts] are part of me, part of who I am and part of what I love the most in music.“I love mixing different types of music to create new feelings and new emotions.”