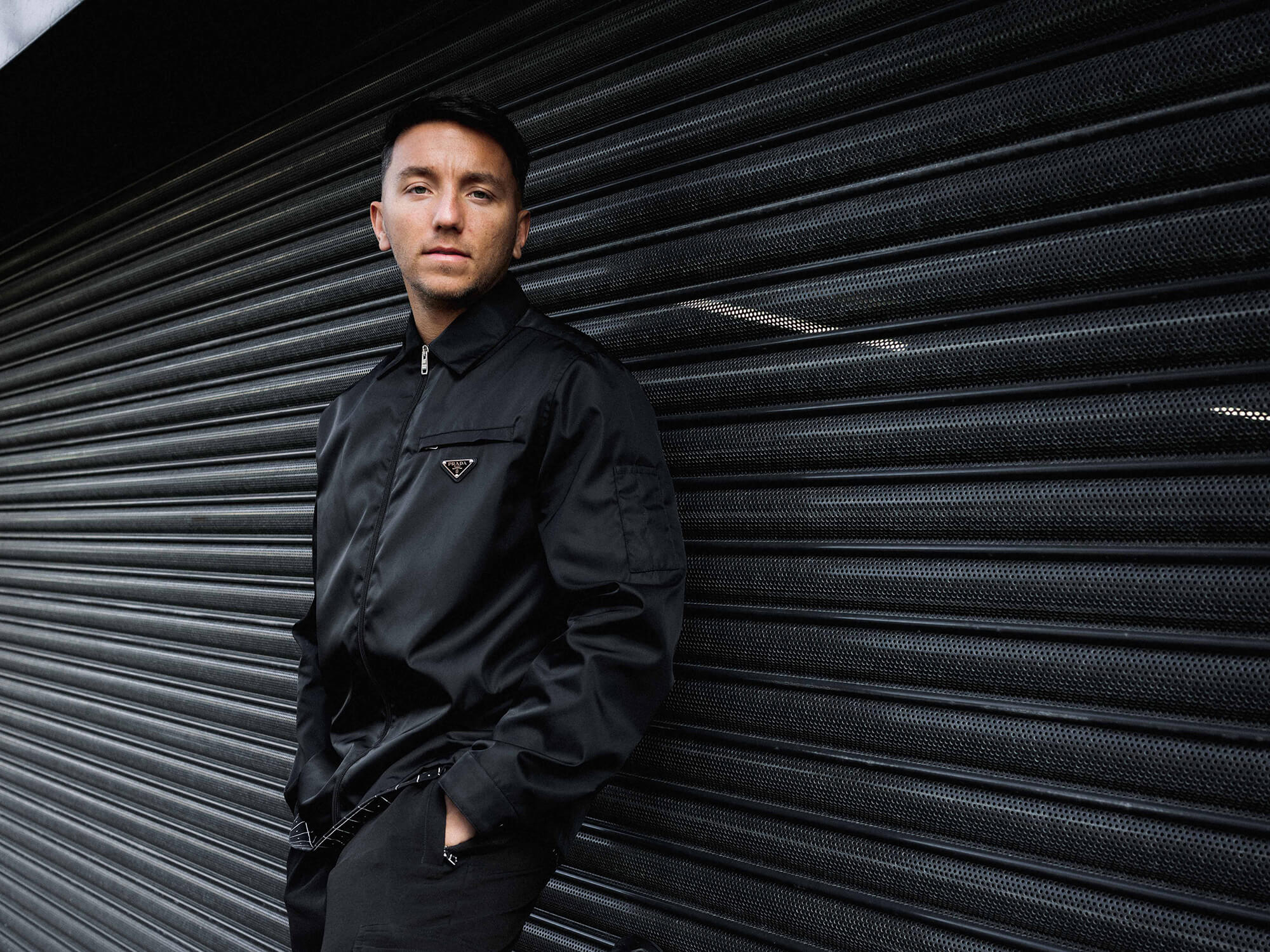 Frazi.er: “I finished the track at 2am, sent the masters to Dax J, and he played it at Awakenings the next day while I was in the crowd”

Glasgow-based techno producer and DJ Frazi.er AKA Fraser Stuart – who’s collaborated with revered Berlin duo Pan-Pot and shared the decks with techno titans Dax J, Amelie Lens and Robert Hood – is gleeful about his new home studio. It’s where he plans to craft his thunderous industrial techno sound from here on out, with eyes on a potential album.

Speaking from the home space, Fraser laughs off the potential of a collaboration with a musical neighbour. “The first house on the left – he’s the number two percussionist in the world!” Fraser says. “He plays in massive operas. He’s got a massive studio on the back end of his house.”

They’re not a bad neighbour to live next to when you’re making full-kilter 140 bpm rave music. But it’s not just the unexpected neighbours that have been a plus for Fraser. Having the opportunity to work on a tune before a gig or take a fresh, ripe idea straight into the home studio gives him more time he didn’t have in a standalone studio. 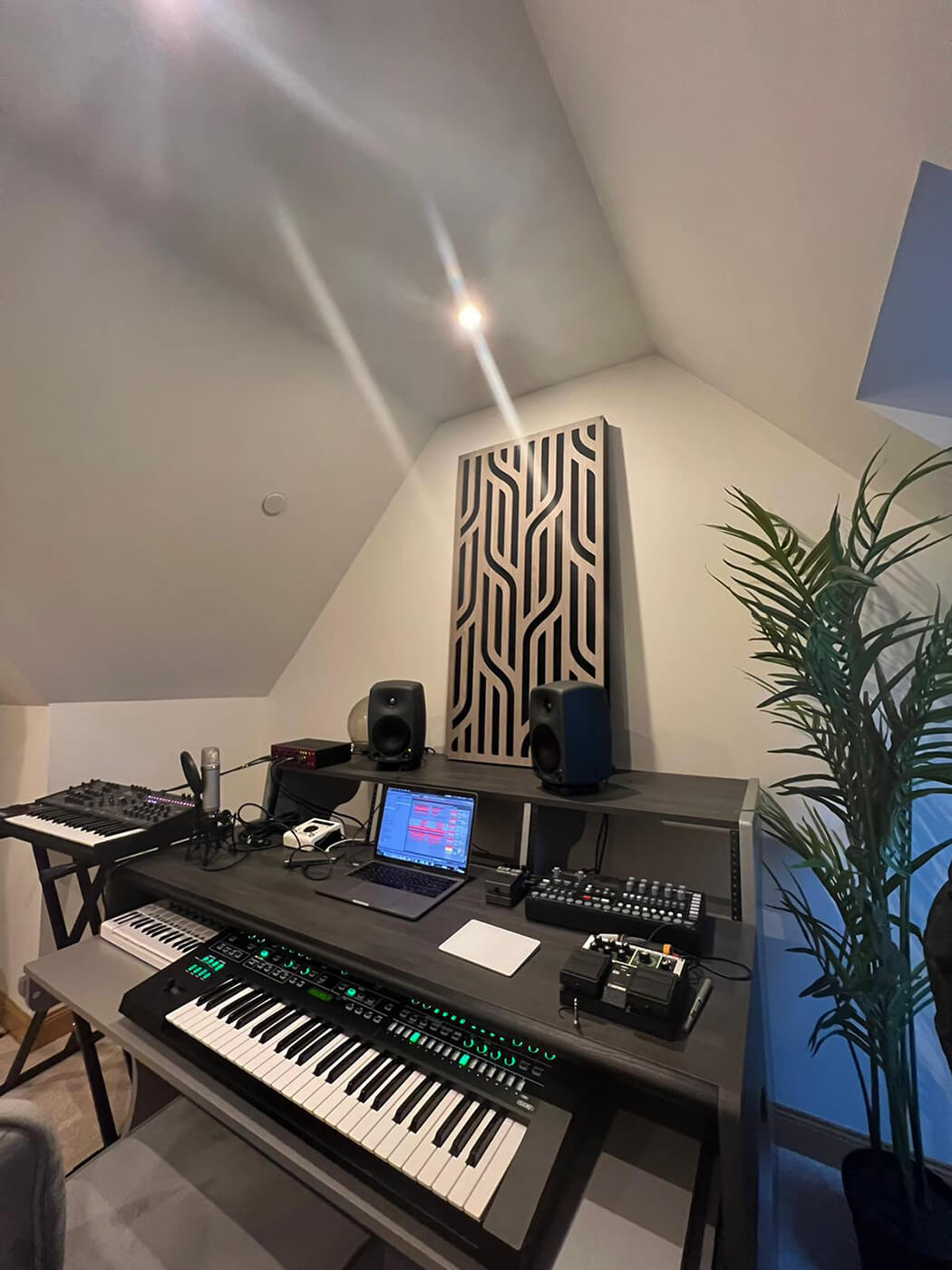 “It’s so good for my workflow at the moment,” he says, remarking on returning home after a recent late-night gig. “I was so tired and I had tinnitus but I just had so [many] ideas and inspiration, I was like ‘I’m just gonna go straight into the studio.”

Before, he would jam out to find inspiration, but now Fraser can go into a session with an idealised, inspired plan already in his head. Even before a gig, the home studio serves as a space to make music to the last second before heading out.

“I was finishing the track at two in the morning,” he tells us ecstatically about a recent Friday night, “sending the masters to Dax [J], and when I was having my breakfast he was playing it that day.”

So, how does Fraser make one of his relentless techno powerhouses?

“I always start off with the kick and bass group,” he begins. “I’ll find a nice kick and I’ll do a lot of processing on it.” 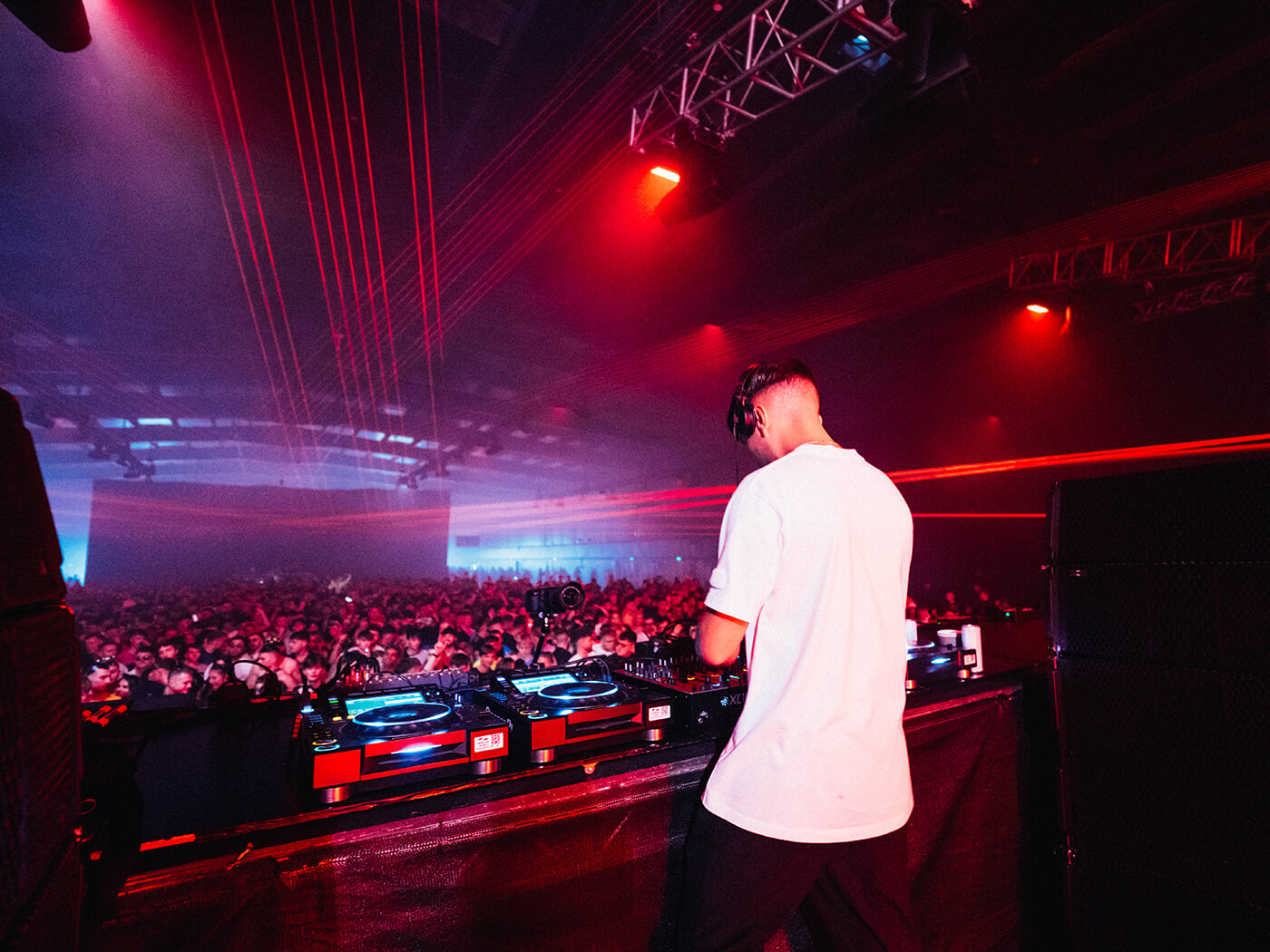 Then, he works on hi-hats and percussion, filling the space with movement. “This track I started yesterday has 26 channels; there are so many layers of different hats, chopped up loops I’ve been processing. And percussion – I spend a lot of time trying to make cool percussion noises.”

Following this, he gets all the percussive elements grooving together with LFO and, more recently, SoundToys’ Crystallizer plug-in, which transforms sounds using pitch shifting and a reversed “wavey echo”, as he puts it. Creating movement is most important, he says, before moving into high-end melodic elements.

Software like the Soundtoys plug-ins play a key role in the home studio setup. Another major change has been trading physical hardware for software synths. With the new setup carrying a lightweight physical presence, Fraser has easy access to a range of high-quality Ableton Live virtual instruments. 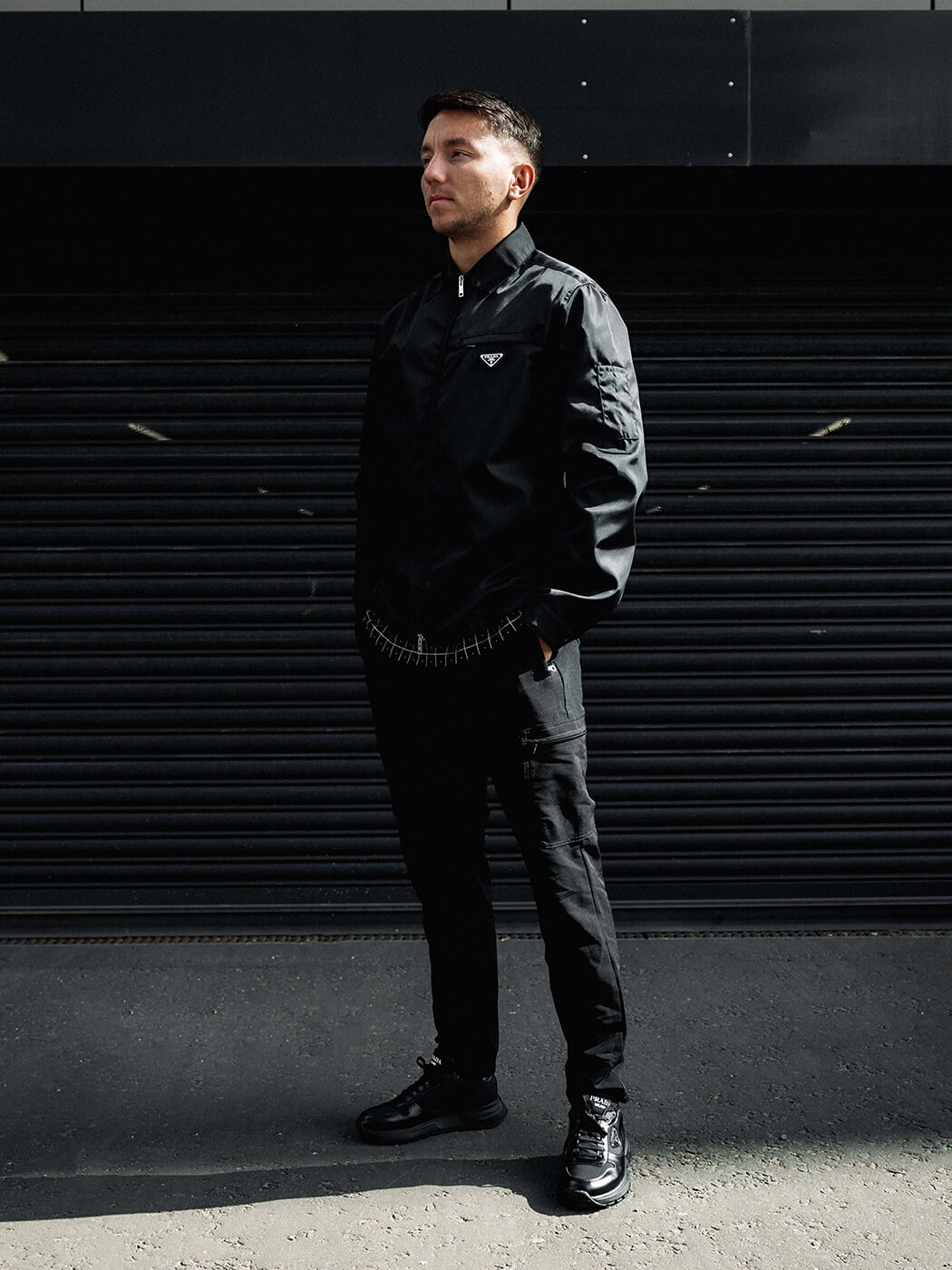 “I’ve got the Roland System-8 which is integrated with Roland Cloud. Roland Cloud’s got every single drum machine, synth sound or effect that Roland has ever made and it’s all in inside the box. For functionality and finishing tracks, it’s been a game changer.”

He does, however, have some remaining pieces of hardware, including the Elektron Analogue Four and classic analogue effects such as the Roland RE-201 Space Echo. 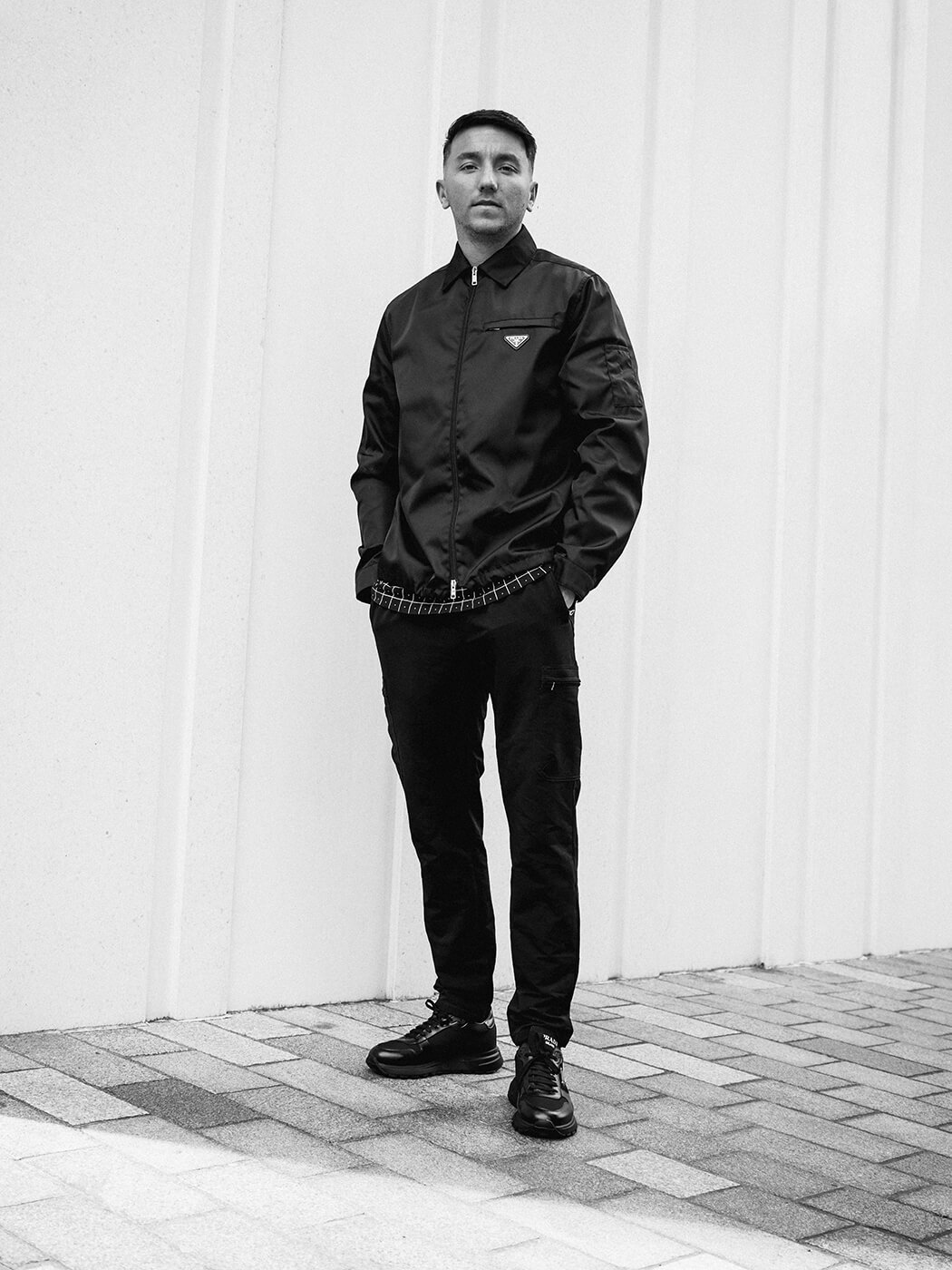 One of his prized pedals is a Boss RV5 Reverb pedal, which he takes with him on tour. He says the Boss RV5 pedal offers more sonic character and versatility than a DJ mixer’s built-in reverb engine. And it’s become a unique staple for Fraser’s sets.

“That’s a huge part of my sound,” he says. “I’ve never seen anyone [DJs] that uses the same reverb pedal as me. Because I play high energy, the analogue reverb powers the full drive of my set.”

“I just turn the bass frequency down so it’s not too harsh, and, depending on how good the sound system is, you can tweak the high a wee bit if you want that extra bit of hiss.”

Fraser goes on to explain some of his favourite DJing experiences – playing in Berlin for the first time at 7am to die-hard sober ravers, playing at Grelle Forelle in Vienna, an underground club in the financial district of Singapore called Headquarters, owned by the late great promoter Eileen Chan. Of course, a residency at local Glasgow venue Sub Club makes the list.

We ask about the rowdiest, most responsive crowds he’s played to, throwing the Scottish techno scene’s hat into the ring. Surprisingly, however, Fraser has a bone to pick with recent techno crowds and artists closer to home.

“When you go to Europe [techno] is still underground and people are passionate”, he says – hard and ferocious but subtle, complex and considered. But recent trends have seen the introduction of a more gimmicky type of TikTok techno being made here in the UK. “Scotland for me now is far behind in terms of being a cultured, passionate techno crowd,” he admits. 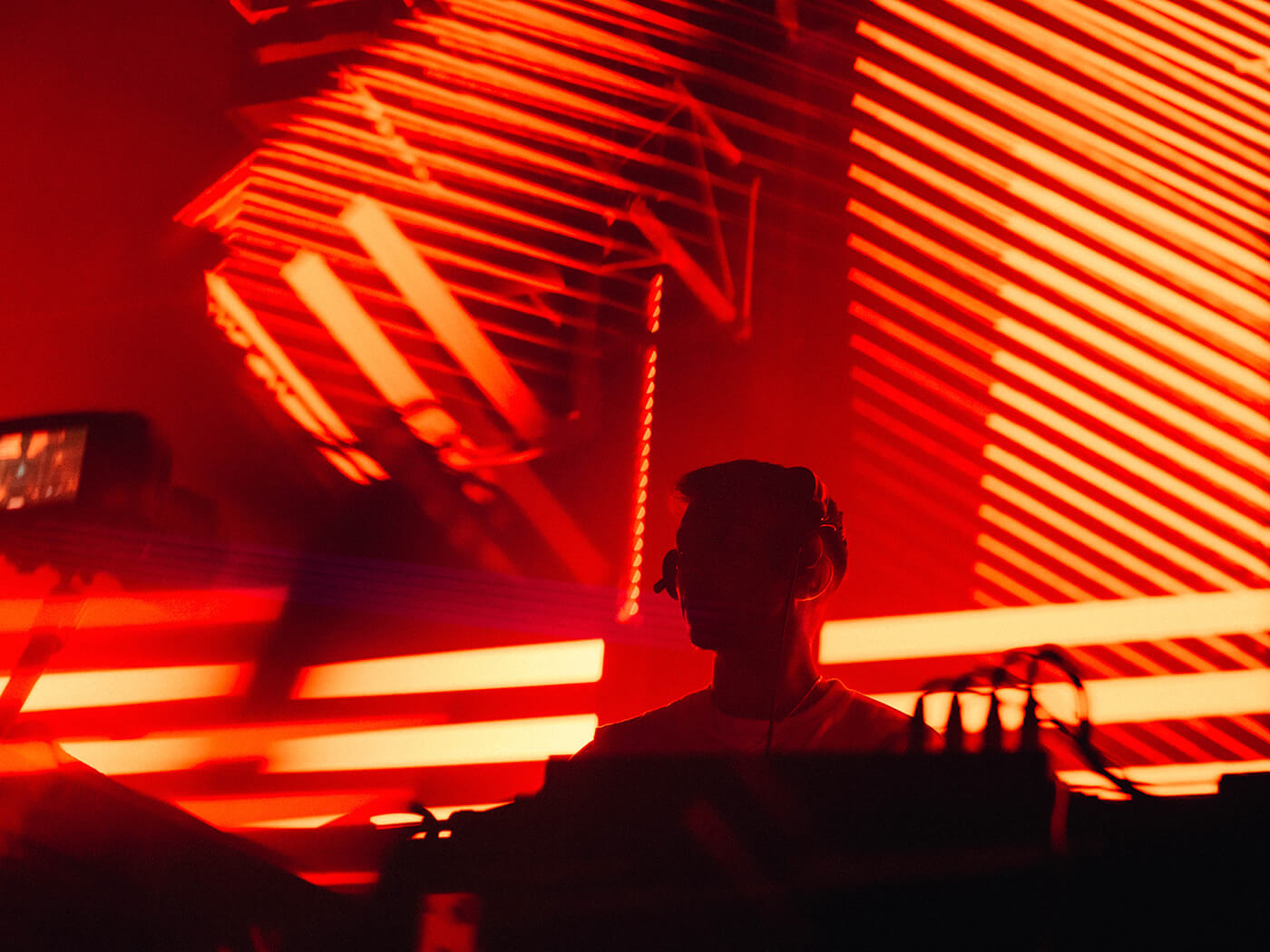 “I feel as [though] not enough people are paying attention to the actual core roots of techno and it’s now getting branded within vocal hard dance,” he says, comparing UK crowds to Europe.

“Imagine if you were a DJ grafting away for 20 years and you’ve been collecting vinyl, studying hardware and then somebody comes along making hard edits on SoundCloud, blows up and is getting four times your fee – you can see why it would be really annoying. 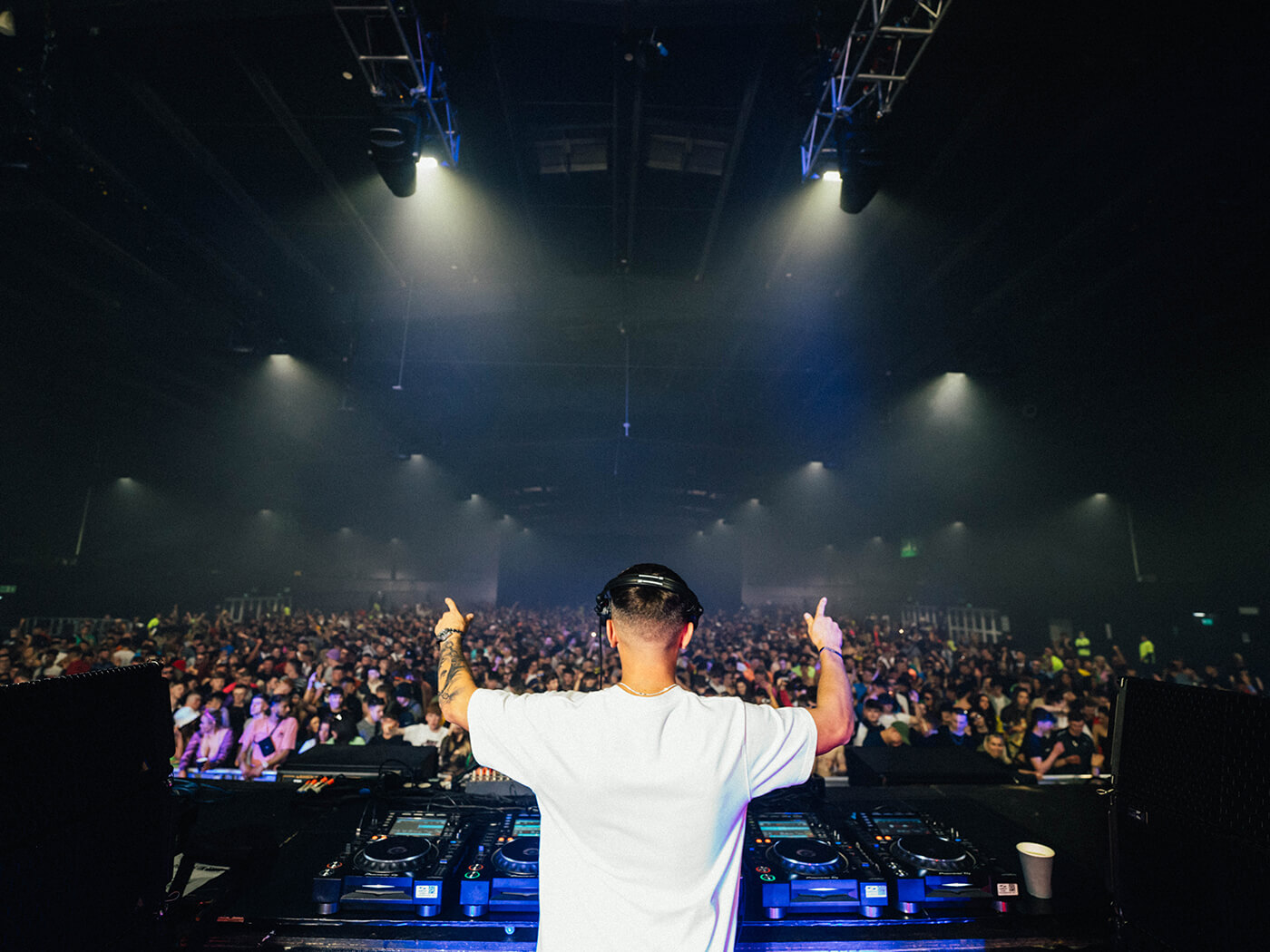 Fraser’s gripe with certain subgenres and unhealthy, short-minded trends in techno reflects his deep knowledge and respect for the genre and its main characters. Some of these legendary DJs and producers, he’s been able to rub shoulders with already.

“Dax J, for me, is the best DJ of this generation,” Fraz.ier says. “He’s never changed his style. His productions and DJ sets are always pushing boundaries.

“SHDW & Obscure Shape’s groove has always been amazing. Every set they play now is vinyl rips – you’d struggle to name any of their tracks. They took a big risk changing their style and it’s paying off.”

He then recalls witnessing revered selector DVS1 play a full vinyl record set for 18 hours in the legendary Berghain club in Berlin. 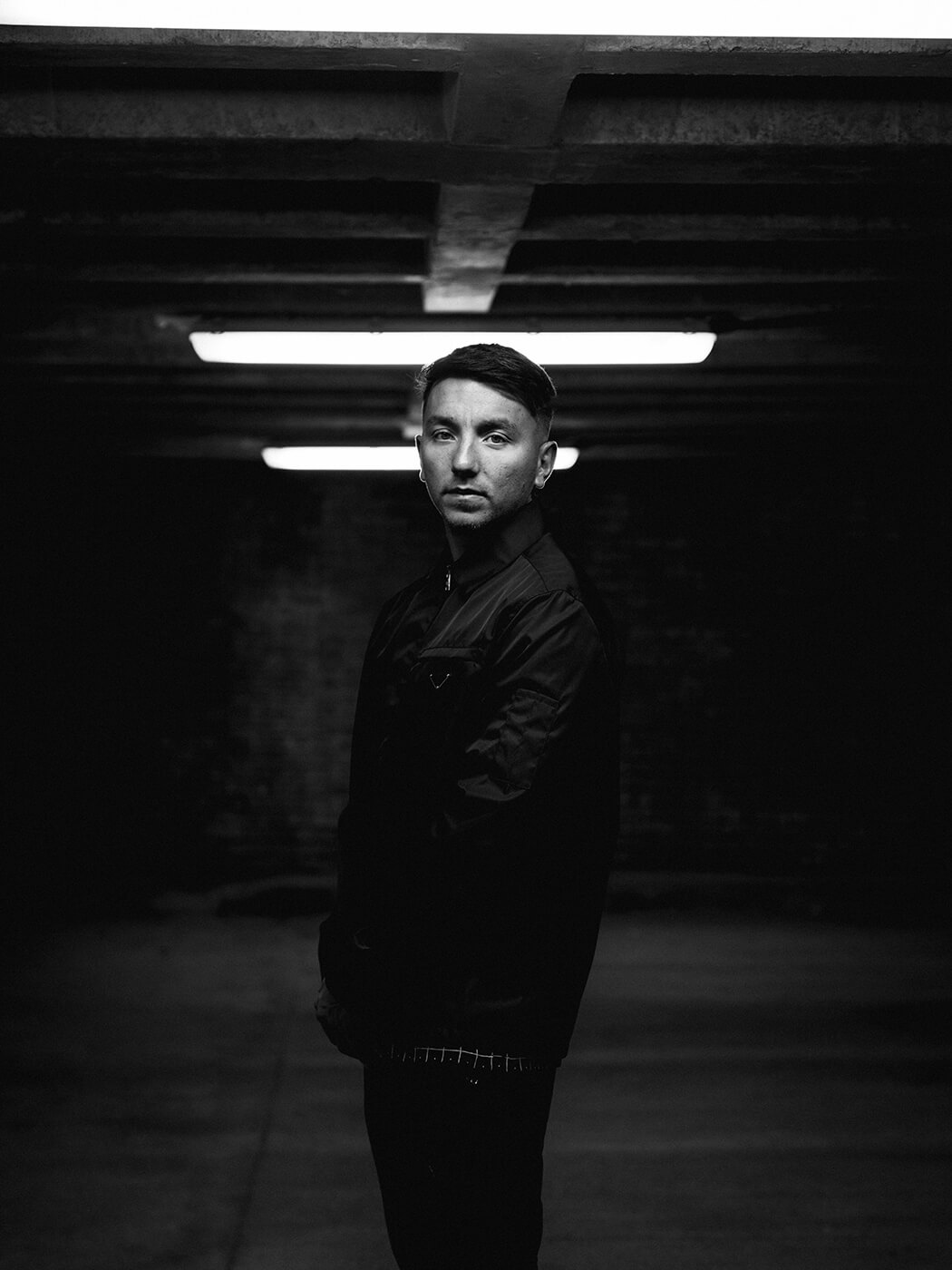 “You think you’re passionate and you think your whole world revolves around music. Then you see stuff like that and it just absolutely blows your mind,” he says.

Fraser looks at the legends and understands that to make a name for yourself in techno, it takes time and endless dedication. But he, “excited to wake up every day and make music”, already displays the qualities of these techno greats. Perhaps that’s why he’s being noticed by so many of them.