I Miss Having Someone To Talk To draws on the experiences the producer, DJ and label boss had on tour and during quarantine. We find out how he pieces these experiences into a funky, easy-listening song. 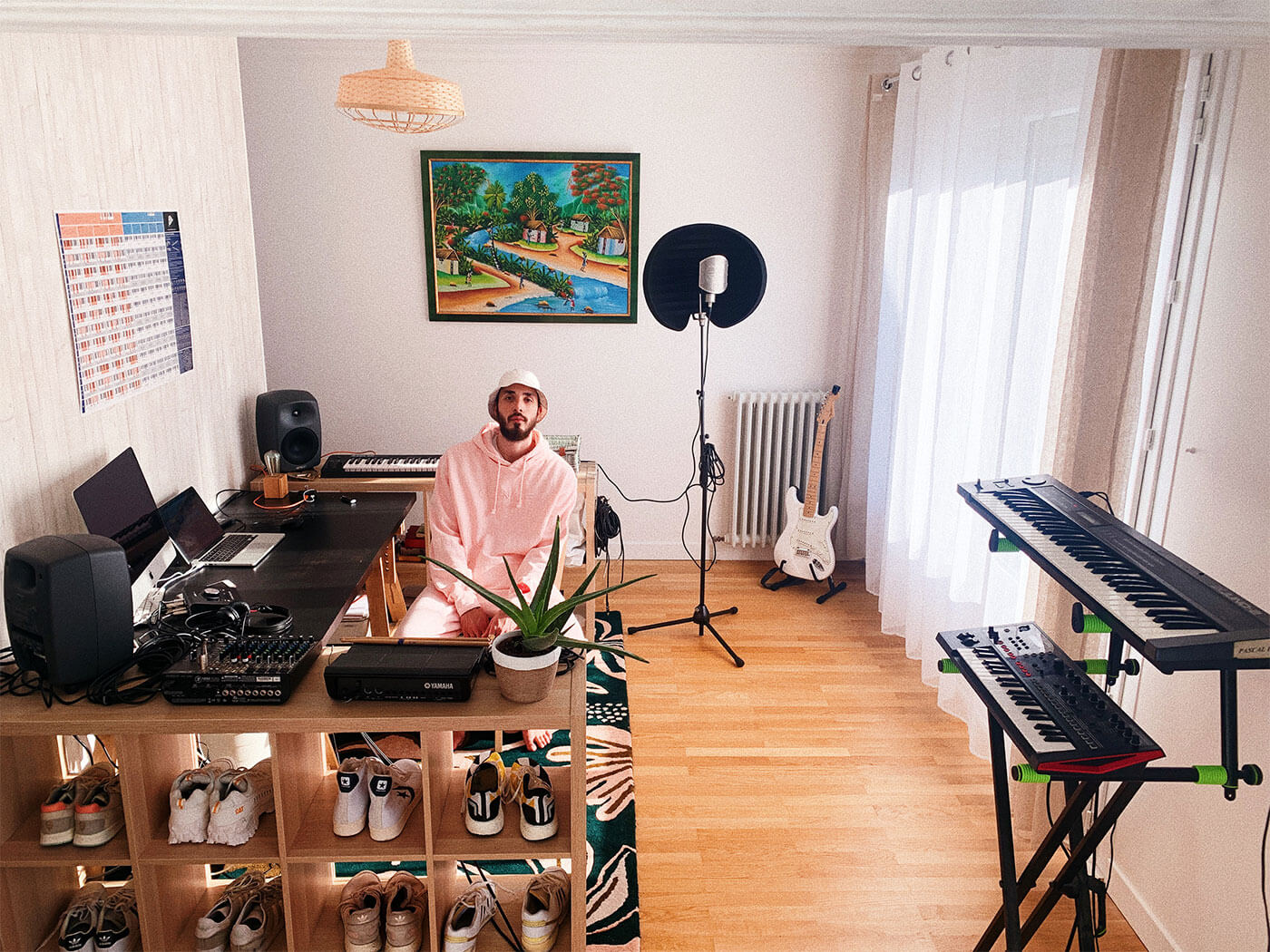 French groove-weaver Folamour doesn’t set his sights on one genre. He’s made quite the name for himself in the underground house scene with sample-focused four-to-the-floor tracks. But Folamour slows things down smoothly with tracks like Petit Prince Du Macadam, showcasing his versatility as a producer.

His latest single, I Miss Having Someone To Talk To is laid-back, jazzy and features vocalist Liv East. The track was created around the time that self-isolation was becoming mandatory, but how did that affect the production process and inspiration for the song?

What’s in your isolation studio setup?

It’s pretty much the same as usual, although I just moved into a new home two days before being quarantined so I’m still setting everything up. Basically, my set up is a few instruments – guitar, drum pads, shakers – a Roland JD-Xi, Roland Alpha Juno 2 and mics.

Did you record all the instruments at home?

I record most instruments at home and sometimes record them again in a proper studio. On I Miss Having Someone To Talk To, I recorded drums, synths and some subtle elements in my home studio. 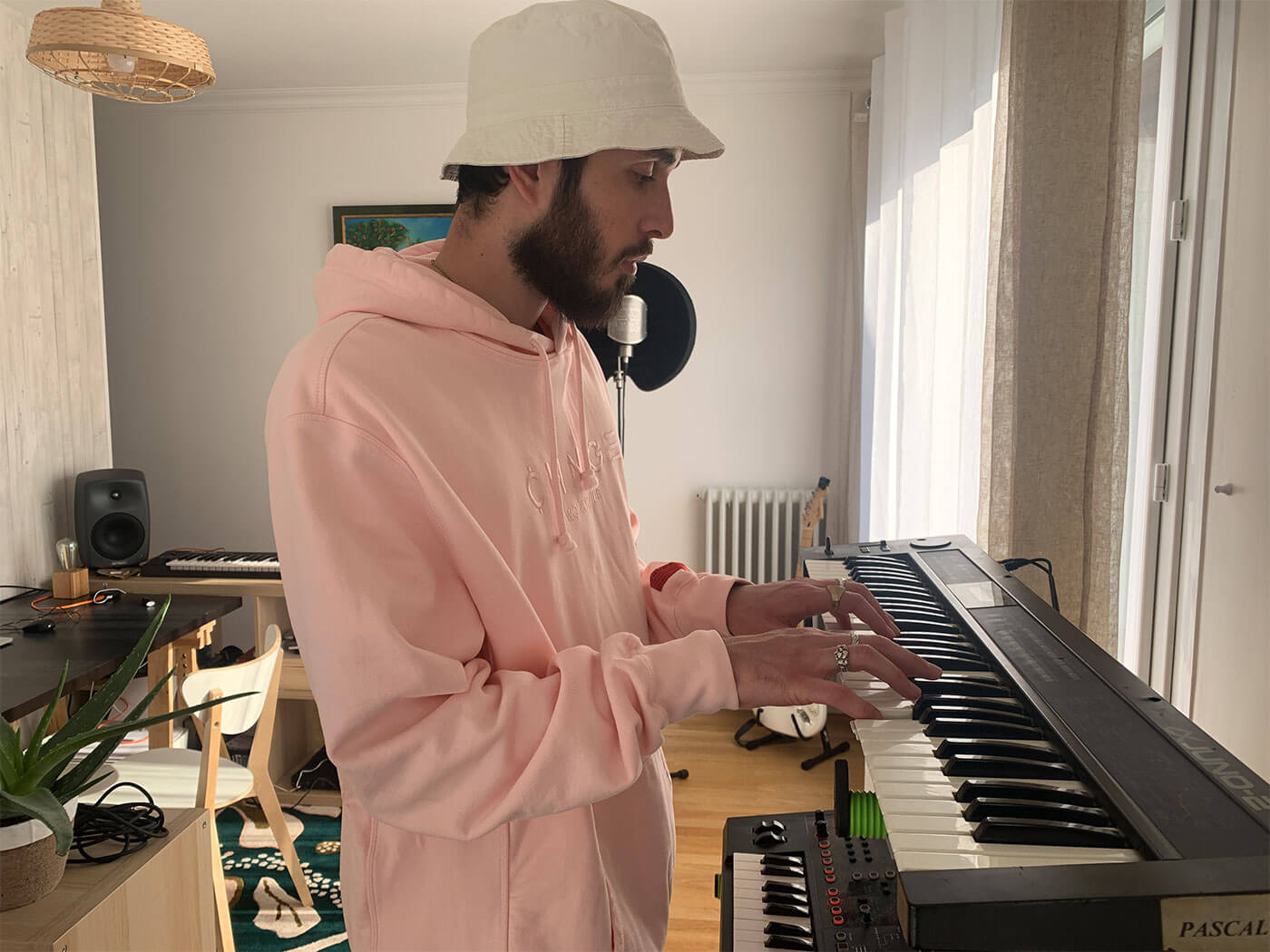 What was the inspiration behind I Miss Having Someone To Talk To?

This song was inspired by how I felt during my last months in London. Back then, I was touring every day, playing close to 20 gigs every month and I was feeling deeply isolated on a personal level. I wanted to express that in a more subtle way with a song that can be understood differently depending on who’s listening. When the quarantine started, the song took another meaning and felt even more relevant to me. The song was more inspired by a moment and a feeling; modern loneliness and missing someone.

It’s a feel-good track perfect for home-listening. Was it your intention to make a track not as dance floor orientated?

No, I rarely create dance floor orientated music, to be honest. It’s always been a small part of my work. I just don’t think that way! I wanted the meaning of that song to be hidden behind good vibes and joyful music. To achieve that, I wrote some groovy brass lines bringing sunshine in the choruses and Liv East’s beautiful voice brought that sweet and soft colour to the whole track. 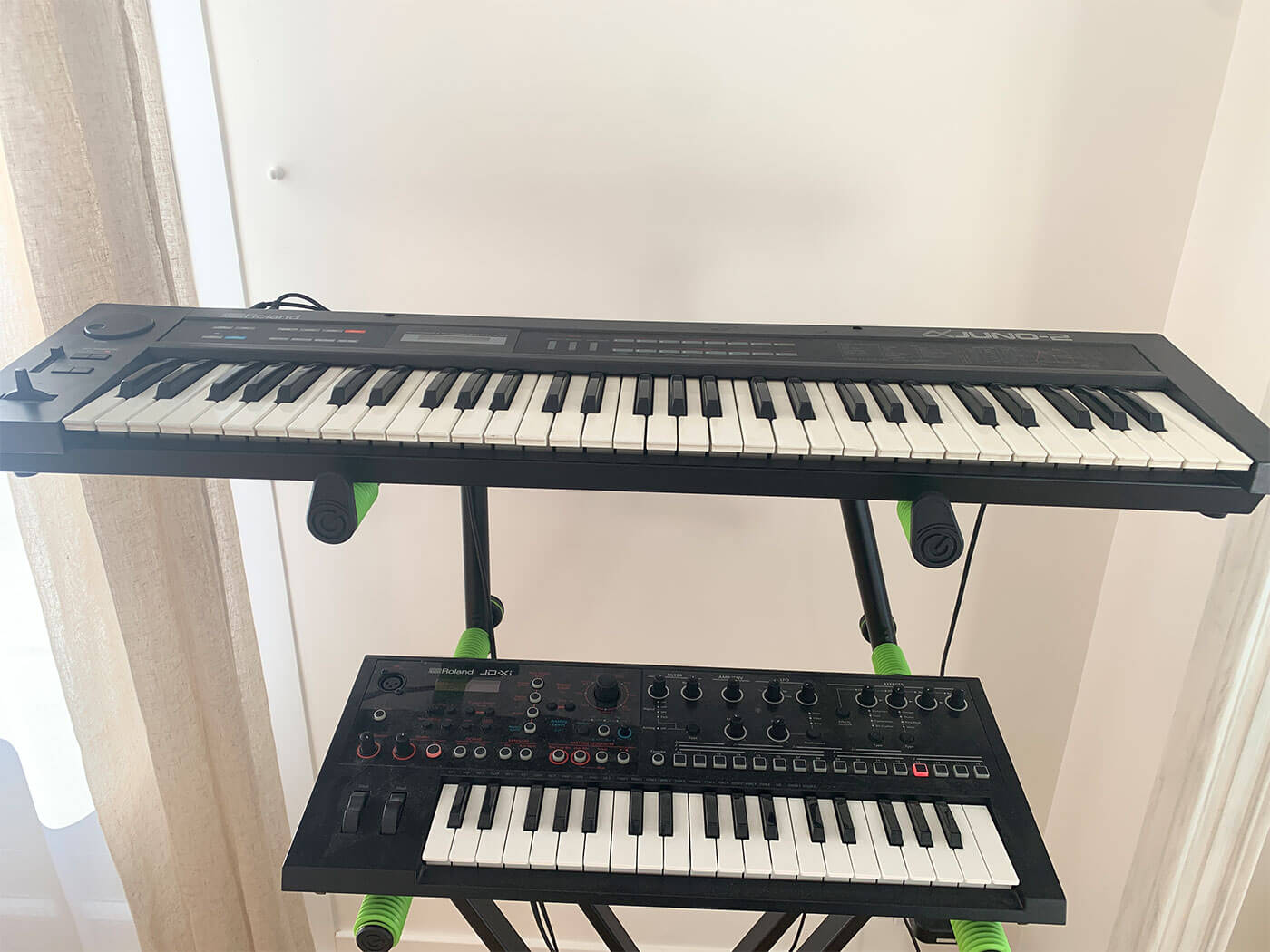 What’s your basis when making a track like this? Does it start with the drums, the bass or even vocals?

I’m used to starting with drums or chords. I also write lyrics all the time in my phone so sometimes it ends up being the first element. But I still start with the instrumental anyway.

How did you know Liv East was the perfect vocal for the track?

I just felt it. I always loved her whispery and ethereal voice and it seems logical to work with her on this one. 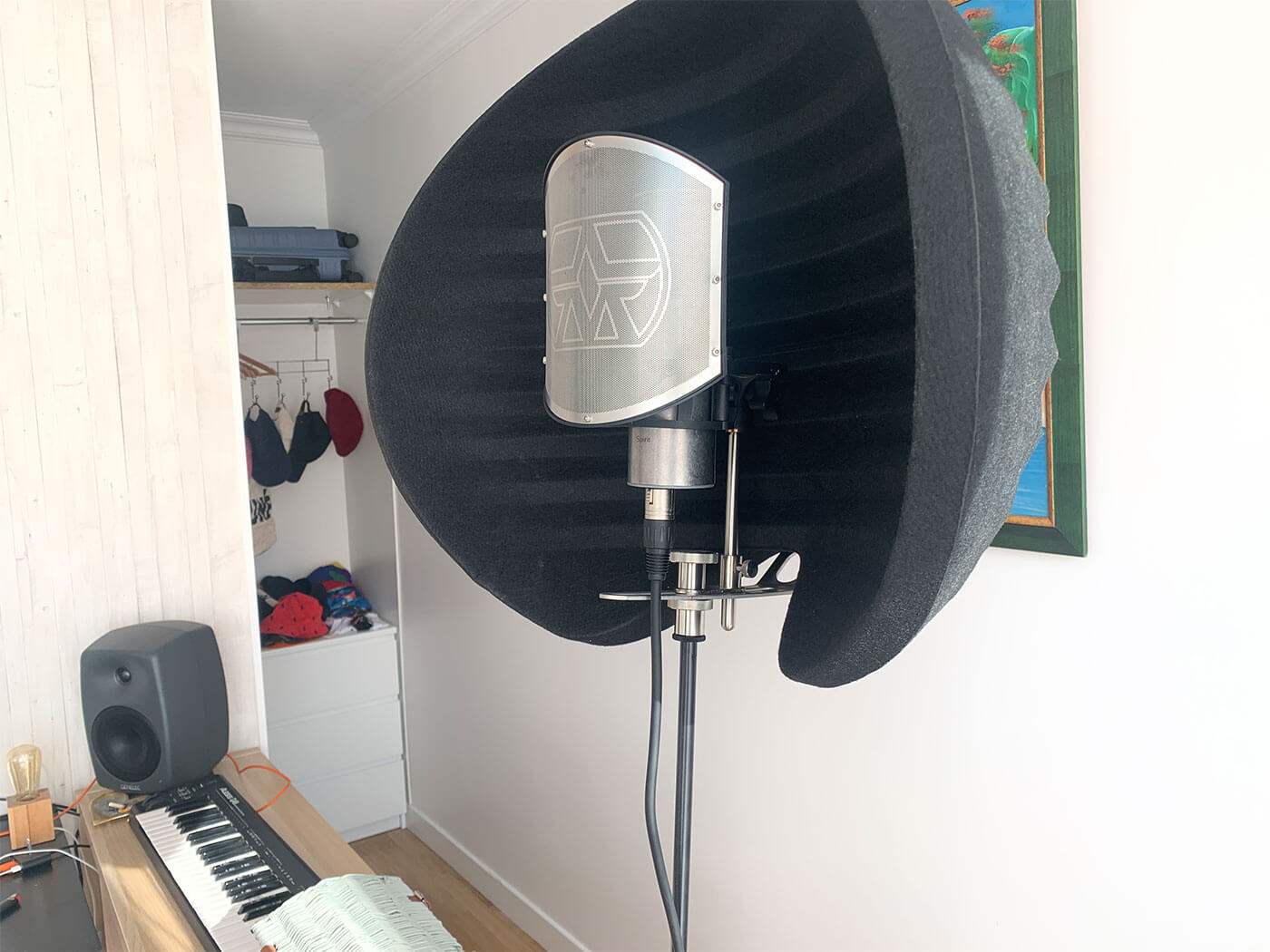 How did you approach this track, production-wise?

For the new track, I sampled a record I had in my collection as a base and built everything around it. I don’t use samples anymore in most of my songs but sometimes I just hear something on a record, or elsewhere, that instantly inspires me to turn it into something different and it’s what happened here. When I do work with samples, I always do it differently. There are many ways to do it.

What’s your favourite piece of hardware in the studio?

It’s my Roland Alpha Juno 2! A lovely and cheap synth that’s been my studio best friend for a few years already.

I’m not much of a gear connoisseur, to be honest, but I would love to have an old school mic from the 50s/60s to get that beautiful grain they had. Maybe a Neumann U47.

Have you played instruments from an early age?

I started playing drums when I was 6 or 7 in my grandparent’s house and then I moved to guitar and later to bass and percussion. When I was a teenager I was the main singer/drummer in a few rock bands. I think that nowadays my favourite instrument to play is the synth, but I’m still not very good. I’m working on getting better.

Would you ever play live with a band?

It’s one of my projects. I’m just waiting for the right time. The pandemic has slowed everything down on this one but it will happen one day for sure.

How have you been coping in isolation?

Creativity-wise, the last months have been great. I finished writing my next album and also felt really inspired by this new home of mine. Besides that, I’m in quarantine with a friend so it’s been ok; focused on music, good food and great movies. 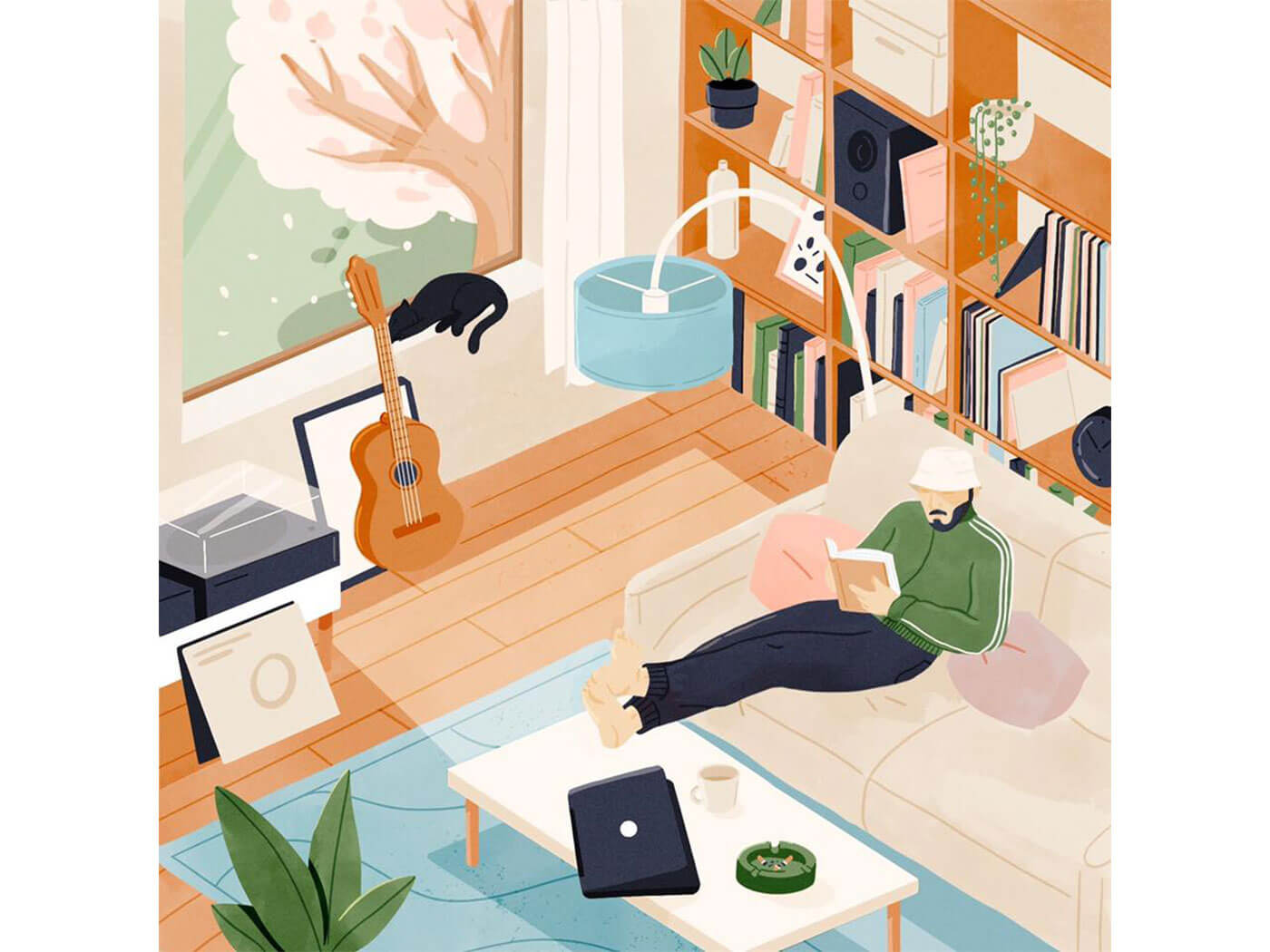 I Miss Having Someone To Talk To is released today (May 8) and is available to stream now. Keep up to date with Folamour on his Instagram and Facebook.