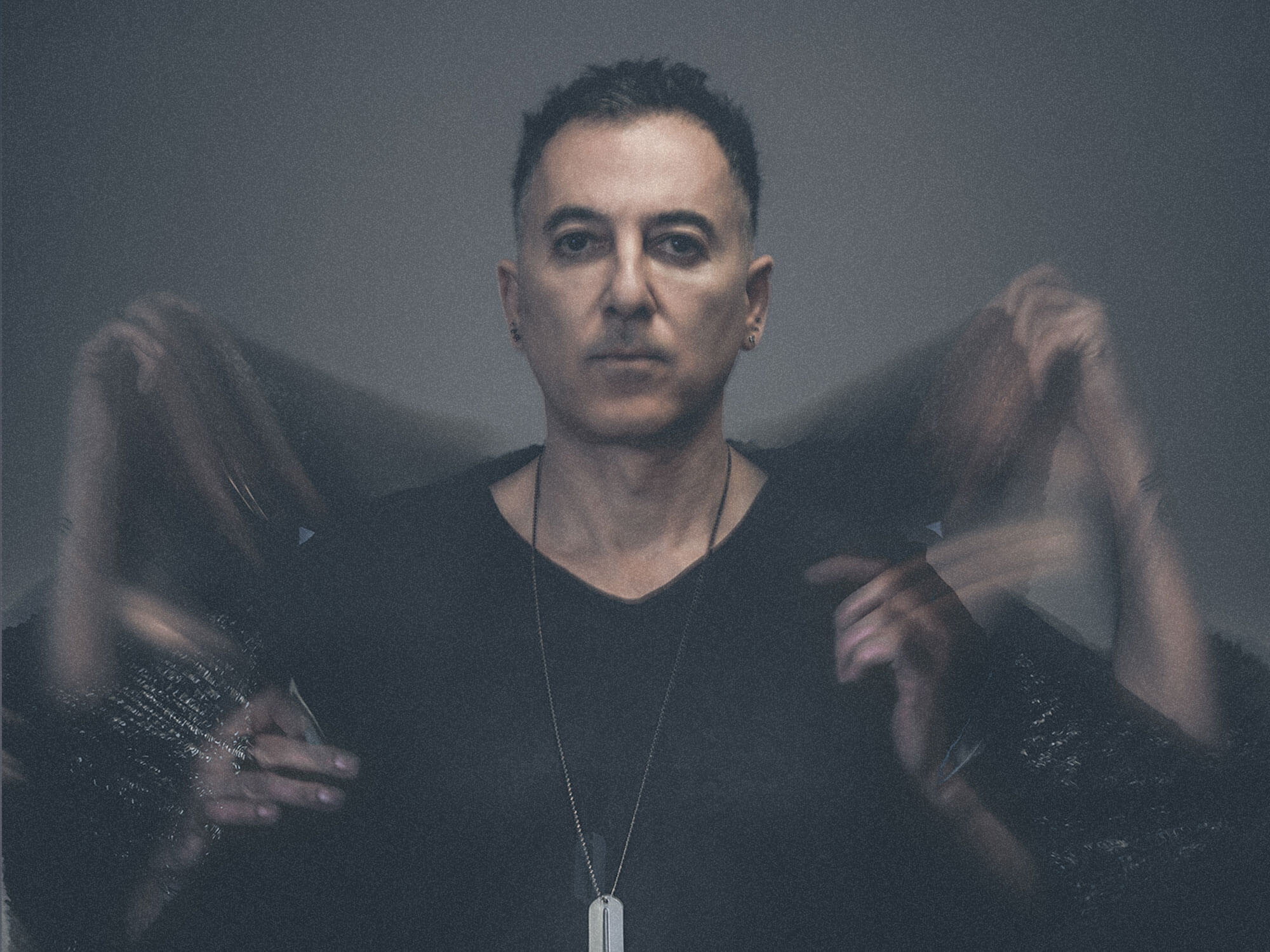 How superstar producer Dubfire takes his sound beyond the dancefloor on debut LP, EVOLV

Ali Shirazina has spent more than three decades rewiring dancefloors with his music. Here, he tells all on how debut album is the nocturnal soundtrack of the future.

“I wanted to create a body of work that felt like it was something you would listen to in outer space,” says Dubfire, real name Ali Shirazina, on the sonic makeup of his debut album, EVOLV.

Electronic music’s future is coming for all of us via new technologies, equipment and modes of music consumption – but only a few players have a hand in its construction. Ali is a key architect, thanks to his towering DJ sets and productions, previously as one half of the Grammy award-winning duo Deep Dish, now as solo artist Dubfire. EVOLV, his first solo record, is an 11-track collection of propulsive dancefloor tech released on the SCI+TEC label, and based on a sci-fi narrative of the “hybrid being,” he says. Amid these bold concepts and brave ambitions lies a solid work ethic. For Ali and his engineer Matt Nordstrom, a commitment to the studio helps define success.

“It’s about showing up and putting in the hours,” says Ali on his achievements. “With many musicians, their greatest material often comes together when they’re not in the best frame of mind. But they always show up to the studio and work through it. Sometimes, this is how you uncover the gold.”

With a career spanning over three decades, Ali has produced rich, diverse discography, released around a punishing schedule of global gigs. He’s speaking in a few snatched moments between commitments at the Amsterdam Dance Event, a brief let-up in his diary. It’s this tireless dedication to his music that has sustained him, initially as one half of Deep Dish, then as Dubfire and ace tracks including Ribcage (2007), Emissions (2007), Roadkill (2007) and the Miss Kitten collaboration, Exit (2014). With so much music to Ali’s name, it might be surprising that EVOLV is his first solo album, but it’s only recently that he felt ready to take on the format.

“For a long time, I was really against the idea of electronic music albums,” he says with a laugh. “I always thought that people were trying to convey how they should be taken seriously as artists so they would include downtempo, alt-rock and ambient tracks – sounds that would leave their fans scratching their heads.”

This scatter-gun approach was something Ali shied away from. Instead, he tried to zone in on his own percussive-heavy grooves. EVOLV came into focus as an increasing string of tracks gathered in a certain sonic place. 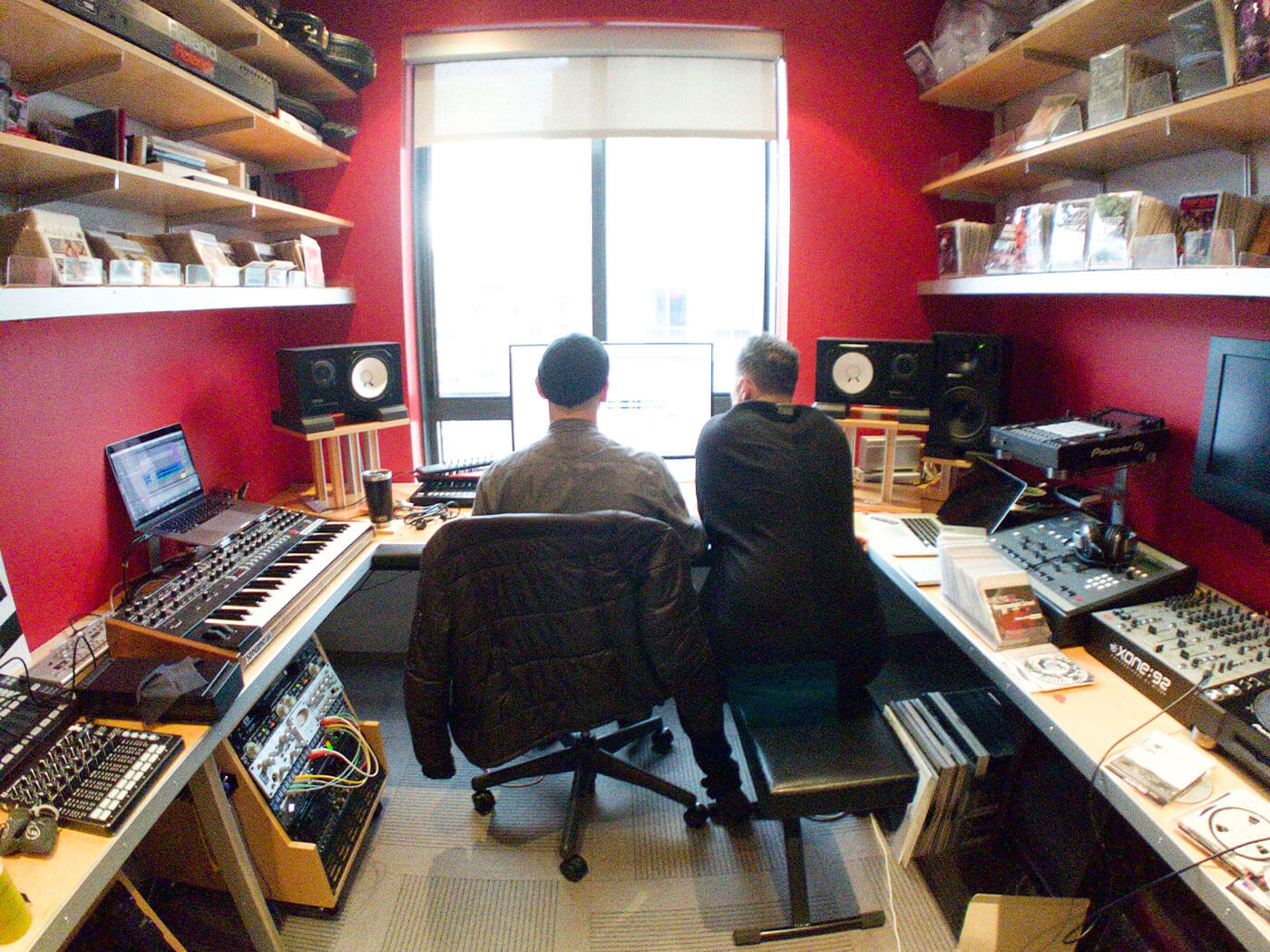 “When we did Dark Matter and Dust & Gas, those tracks felt like they belonged together,” Ali explains. “Once we realised that, rather than putting out various EPs, it seemed like a natural thing to keep going. The only criteria was that we wanted this cool analogue tape hiss that sometimes would be the initial sparks behind the music, these different snaps and crackles.”

Matt agrees that “there is a layer of grime underneath” much of the music on EVOLV. Some of this was inspired by an old cassette deck that Ali used to record his DJ mixes on.

“We started to listen back to some of those tapes and we loved that sound and wanted to retain it across the record,” says Matt. “Then when we recorded what we’d come up with through Ableton, it gave them this different feel and instant atmosphere you wouldn’t get if everything was too clean.”

“We wanted to dirty them up,” continues Ali. “It’s a bit like comparing classic dub music with really polished modern-day music. We were trying to get back to this original sound while still having elements that would push everything forward into the future.” 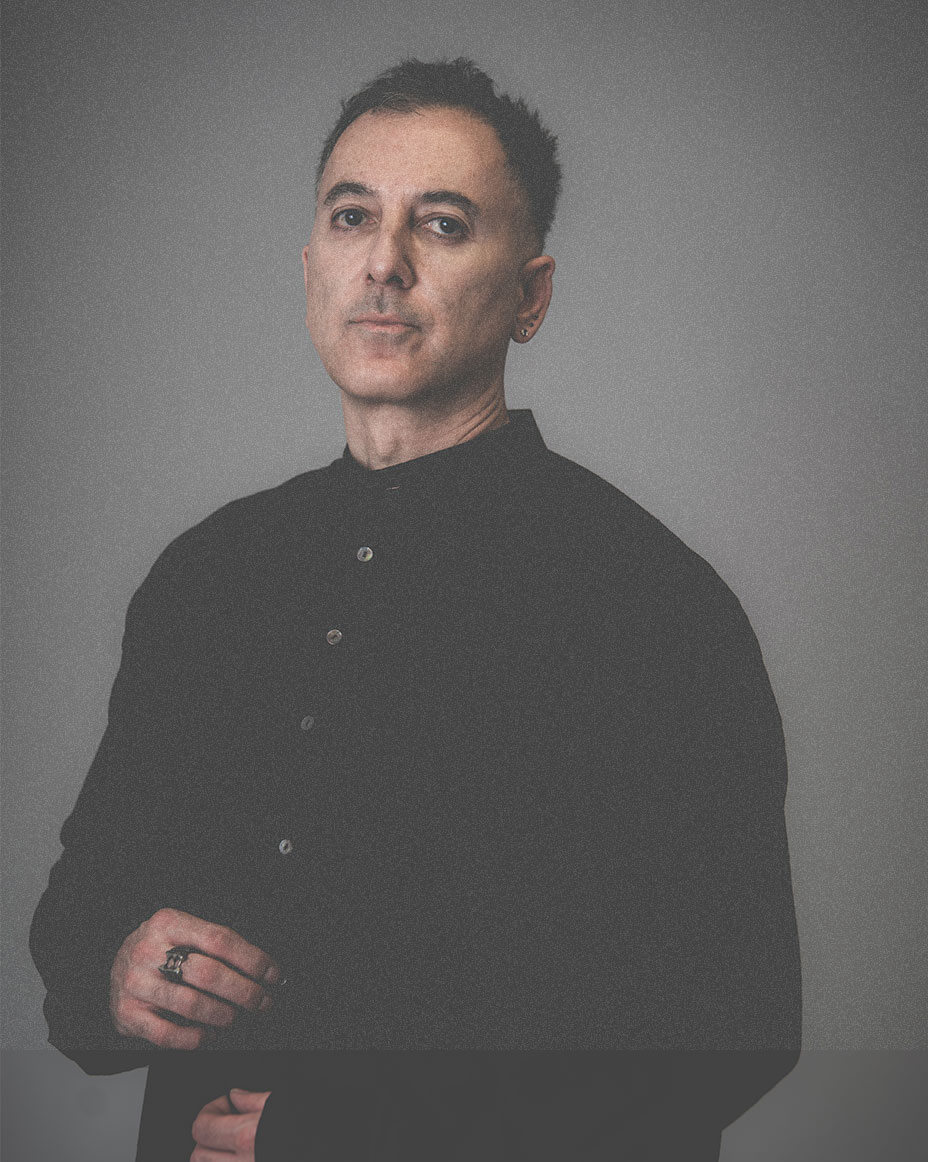 It’s in the gaps between Ali’s stints on the road that he finds time to dedicate himself to his own productions. Usually, he gets a break at the start of the year and ends up in the studio with Matt, working between their bases in LA and Washington DC.

“It was around February 2018 when we started to make some new music,” he states on the origins of EVOLV. “Sometimes, the catalyst might be a remix that we’re under a deadline for. But often, we just want to get together, turn on the machines and see where they take us.”

Coming out of the touring cycle is a deliberate sidestep for Ali to get the production cogs whirring. Dark Matter was the first single, not only opening the whole album campaign, but one of the first tracks to act as a signpost for the rest of the EVOLV material.

“That track just felt like it was coming from the Dubfire sonic wall of noise and innovation,” Ali says. “Then once I started playing it out, it received great reactions and was sonically exciting. It inspired me and Matt to keep the momentum moving.” 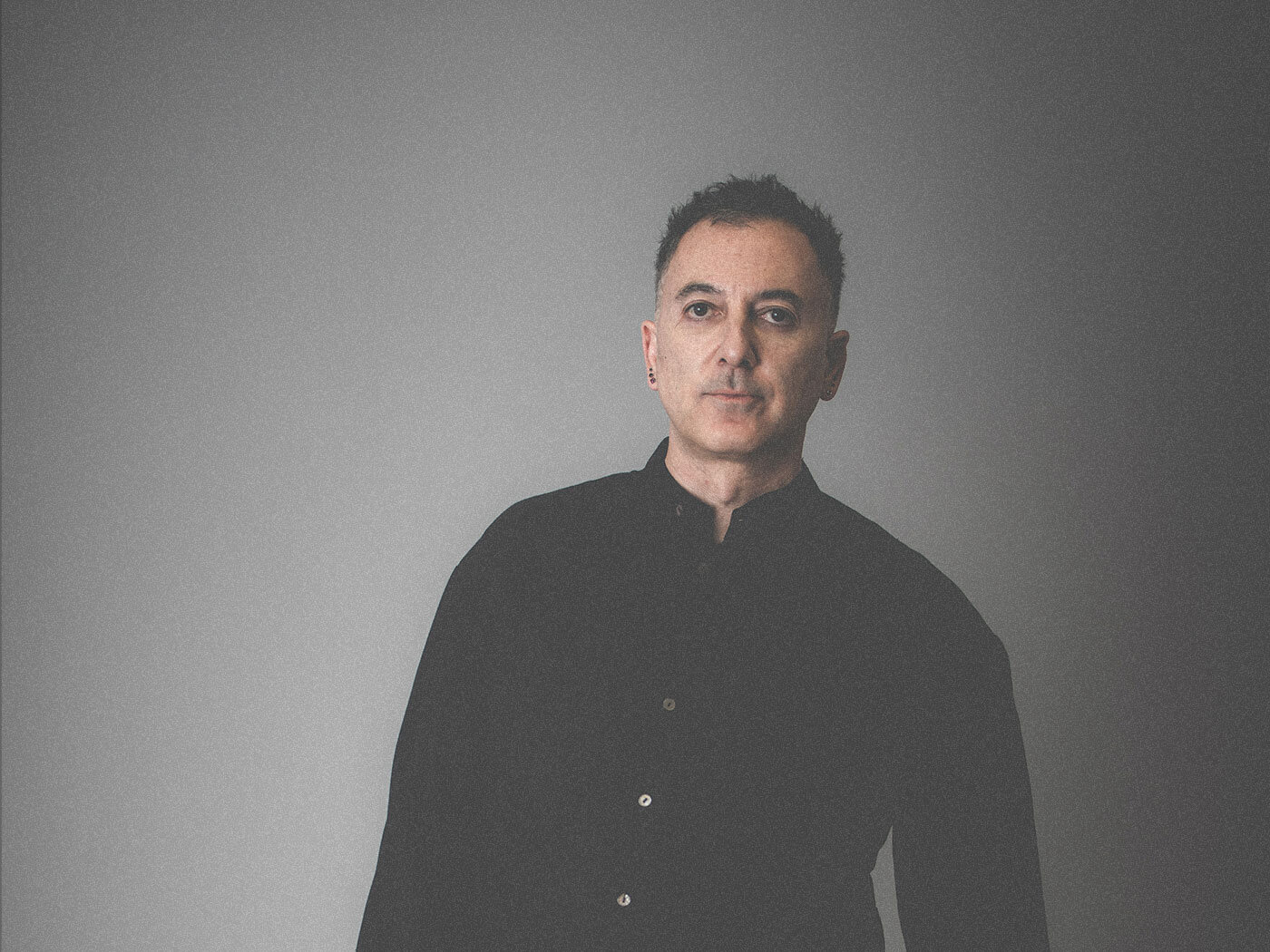 Ableton Live is the DAW around which much of the Dubfire material ranges. Both Ali and Matt will experiment with the platform and the Arturia V Collection of soft synths to capture a buzz in the studio.

“We’ll bounce ideas off each other with kick drums, cool synth patterns, and often I’ll start putting samples together in a very old school kind of way,” says Ali.

“It’s usually the way it begins,” Matt continues. “With Ali, as nomadic as he is, having a notepad with him at all times is really useful to capture those initial sketches. He’s become very effective at using this to get an idea out.”

Despite this, Ali views touring and recording as two separate entities due to how hectic his life is. His schedule doesn’t give him too much headspace to produce when jetting between gigs.

“I have a lot of DJ friends who are able to make music on the road,” he states. “But for me, I have to find music, prepare for each set, then play out. I tend to get ear fatigue so trying to produce complete tracks on tour just doesn’t work for me.”

EVOLV and the hybrid being

The concepts surrounding EVOLV caught light when Ali was in the initial stages of planning his ‘Hybrid’ tour back in 2014. Back then he collaborated with Volvox Labs to create a 2D and 3D animation, all synced with live audio to explore the interactions between science and man-machine.

“The whole thing was about conformity,” says Ali of the themes on EVOLV. “A hybrid being had been birthed into this world where machines had taken over and had to adhere to a certain way of life. Then over time, the man-machine establishes cognitive independence and tries to escape the fate that has befallen it.”

This narrative is at the heart of EVOLV, all captured via the sound and the song titles. Although made during the pandemic and a volatile political climate, the record’s musical palette is born out of experimenting rather than any external factors.

“We tune everything out,” states Ali. “I have this sound in my head, but I never come into the studio thinking I want to do this kind of music. I might have an idea about style or genre but I don’t know how to get there.” 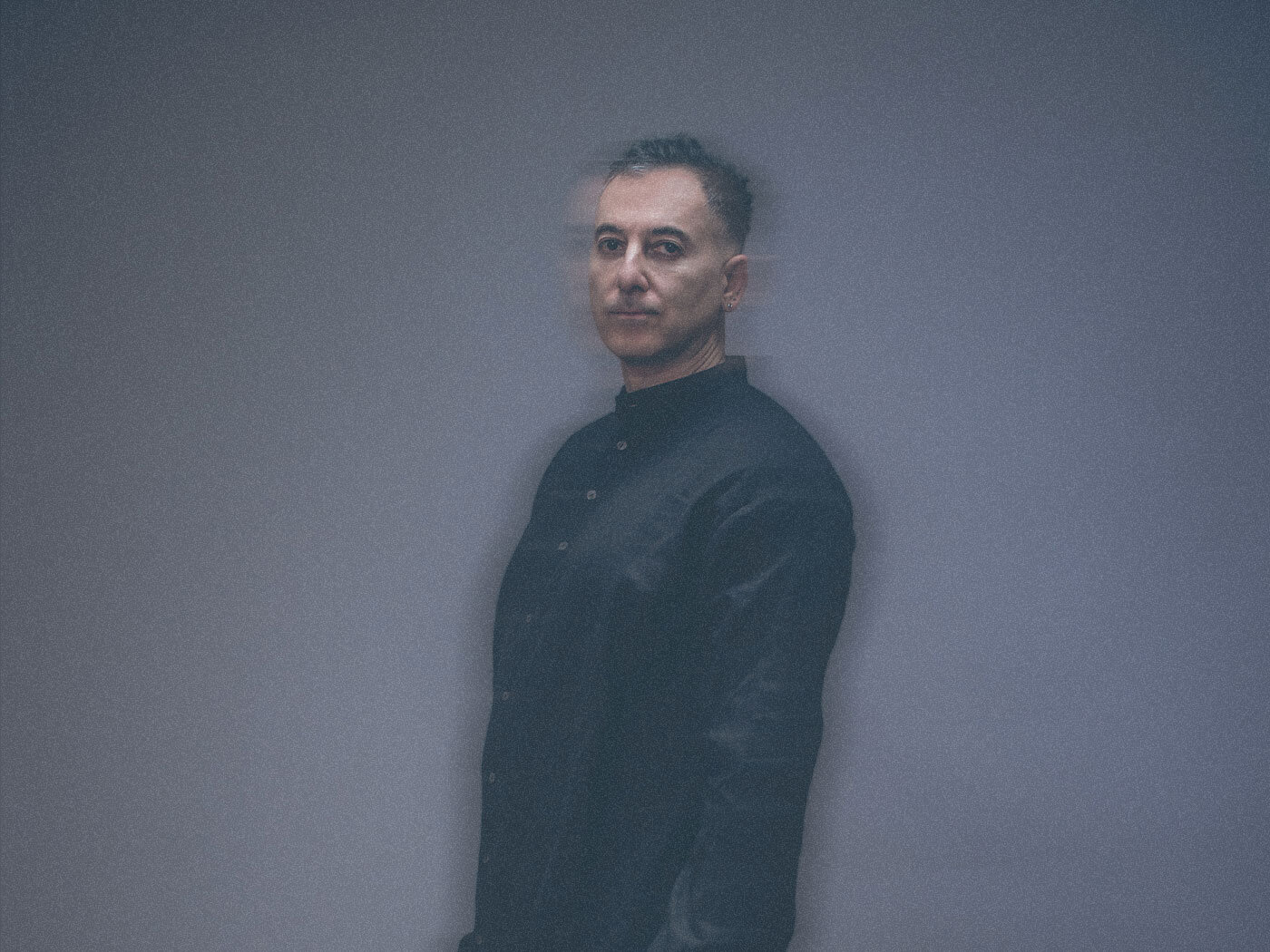 In the past couple of years, Ali has immersed himself in records by Nick Cave and Nicholas Jaar which were sources of inspiration although neither had anything to do with his club sound.

“We will have sonic references,” says Matt of drawing on inspirations. “We’ll digest them, then put them away so we’re going off instinct. We’re like a tag team in the studio, Ali will lay out his ideas, then I’ll sit down and get the sonics and mix as close as I feel he is to what he’s imagining.”

Ali’s musical approach has always looked to tomorrow. His ‘Hybrid’ tour saw him pushing the envelope in terms of how he presented his music, an avenue he is keen to pursue with EVOLV.

“I’ve always imagined an immersive performance experience where you project onto all four walls, the ceiling and the floor – or an LED room and really transporting your audience,” Ali says.

“But I don’t really understand the virtual world that came to the fore during the pandemic,” he continues. “There are some artists really into that but it’s not something that inspires me just yet. I’m quite old school in some ways. I don’t like CGI. I prefer classic, old school gore. I just find it a lot more interesting.”

Ali is currently collaborating with mix-media company Dublab to come up with a new live performance around EVOLV. Meeting at a festival where the team had created the stage design and visuals, Ali was both impressed and inspired and gave them the brief amid a back-and-forth of ideas.

“I gave them a mood board, plus stills from Volvox and ‘Hybrid’ as we wanted to retain some of those atmospherics,” he explains. “They took all that back to Lisbon, and worked for a long period of time until I felt really comfortable with what they had created in terms of representing my music.”

“I like to work with experts in their respective fields and I don’t like to meddle too much in what they do,” he continues. “Dublab are great and we tend to work via Dropbox. It’s sometimes nice to wait and see what you get back once you have shared any ideas and I like working collaboratively this way.”

With the EVOLV record out and tour machinations underway, Ali will be travelling all over the US, South America and Asia before the end of 2022 while continuing to push the potential of his live performance. With so many experiences to his name, he’s well-placed to offer insight for those starting out on their musical journeys.

“I would have probably bought a house in Ibiza in the eighties,” he says when asked if there’s anything he would have done differently with all the knowledge he’s accumulated. “But the landscape is completely different now to how it was when I began. Overnight, people are going from obscurity to headlining festivals without putting in the time it takes to hone their craft and arrive at a sound.”

This new world of technology and social media is both a challenge and an opportunity for established and emerging players in the dance music world. For Ali, it’s a catalyst to push himself and his music even harder.

“This scene is saturated and the worst sin is to be perceived as irrelevant. I want people to have strong opinions about my DJ sets and my music, and care about what I’m offering. That’s what keeps me going.”

EVOLV is out now.