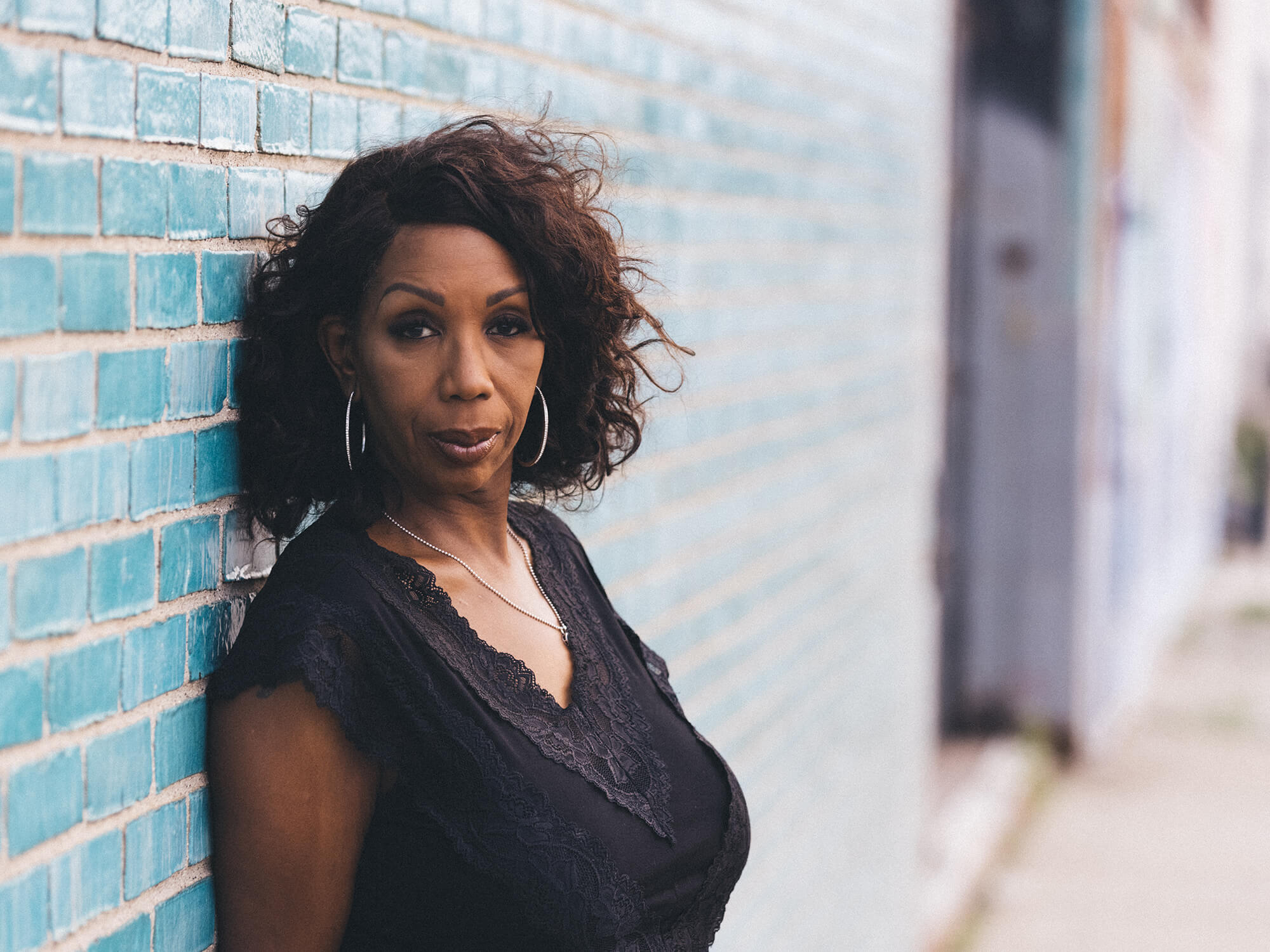 DJ Minx: “Detroit is a close-knit family because we all know where we started from. The DJs get done playing, then they talk to you”

For 30 years DJ Minx has been building communities in the Detroit techno scene. Now she has joined a new one with Do It All Night, her debut EP on Planet E Communications.

Throughout her 30 years within the Detroit scene, DJ Minx, real name Jennifer Witcher, has established herself as a producer, DJ, and Women on Wax labelhead. Now, after countless accolades from the city of Detroit and the techno ecosystem it’s created, Witcher has added yet another to her resume in the form of her latest EP, Do It All Night. It’s out now on Planet E Communications, the celebrated imprint championed by Witcher’s good friend and fellow Detroit stalwart, Carl Craig.

Planet E Communications (Planet E) recently celebrated 30 years of sharing the best in groove-driven house and techno. Witcher has been in the same atmosphere as Craig and the label since it started, and after all that time she finally has her own solo release.

“It’s something that I didn’t think would ever happen,” Witcher tells us from her home studio in Detroit. “When I got into the production side of things, I didn’t know that I would have anything that would be fitting for Planet E.”

But, after Craig encouraged her to share her music with him, Witcher sent over a track. Craig was not only interested in signing the track, but was interested in doing his own edit. 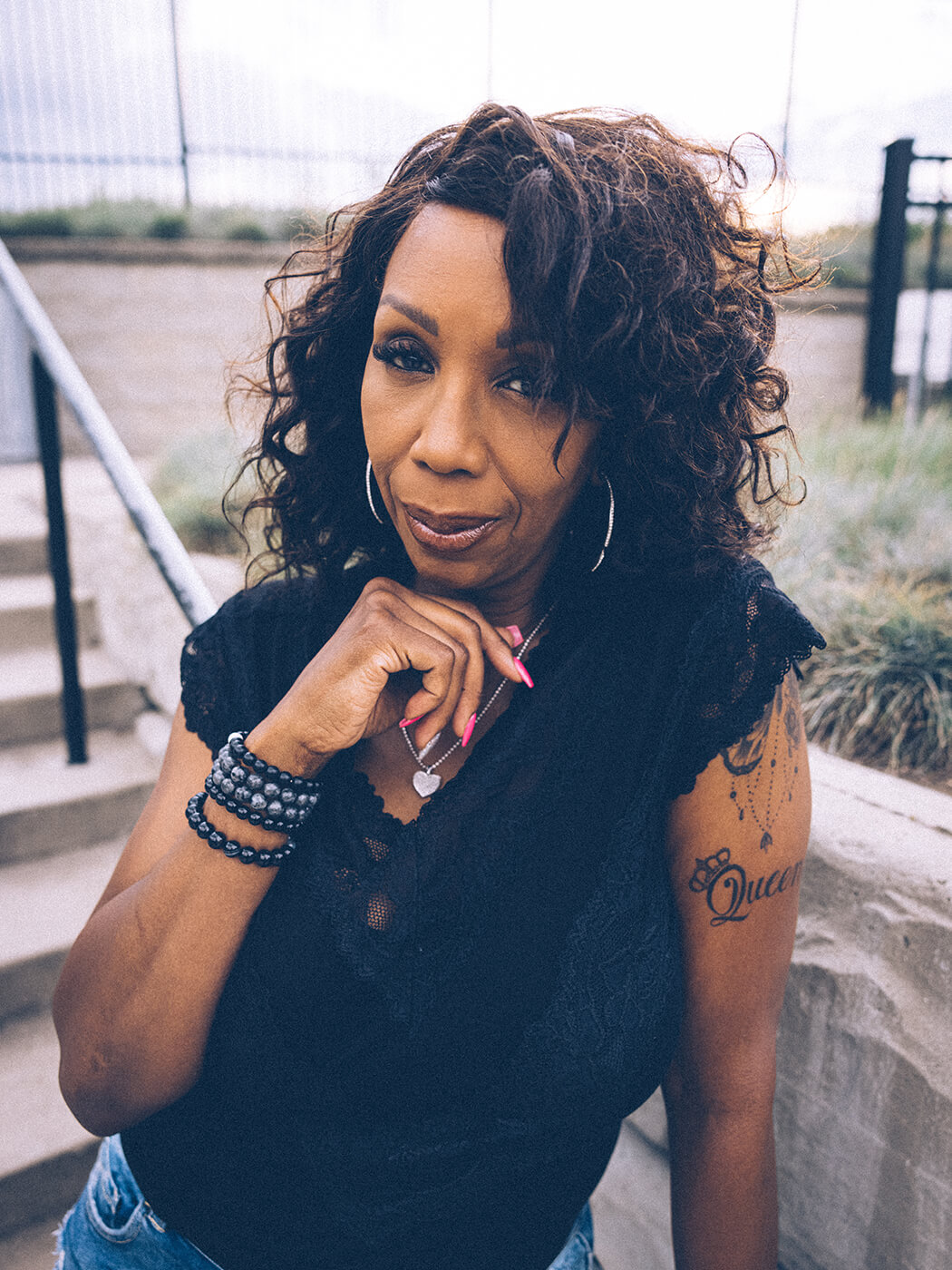 The track was Do It All Night, and the new EP includes the original mix, a remix from the Berlin-via-Chicago legend, Honey Dijon, and Craig’s C2 Edit. Craig initially shared his C2 Edit as a part of the 2019 compilation Detroit Love Vol. 2, but now Do It All Night exists as its own entry in the Planet E catalogue.

“After knowing [Craig] all this time and listening to the music that he has put out on the label, I’m ecstatic,” Witcher says. “Just having something that fits in the music that he loves – that’s a great feeling.”

This dynamic between Witcher and Craig, one that is balanced by authentic support and artistic reverence, is the dynamic that’s defined the Detroit techno community before Witcher’s journey into DJing.

Witcher recalls the early days when she was just dipping her toe in the ocean that would become the techno phenomenon. She went to clubs such as Music Institute and gazed in bewonderment at DJs Derrick May and Juan Atkins (DJs who are still rightfully honoured for their vital contributions to the culture), but not in the same way DJs are worshipped today. 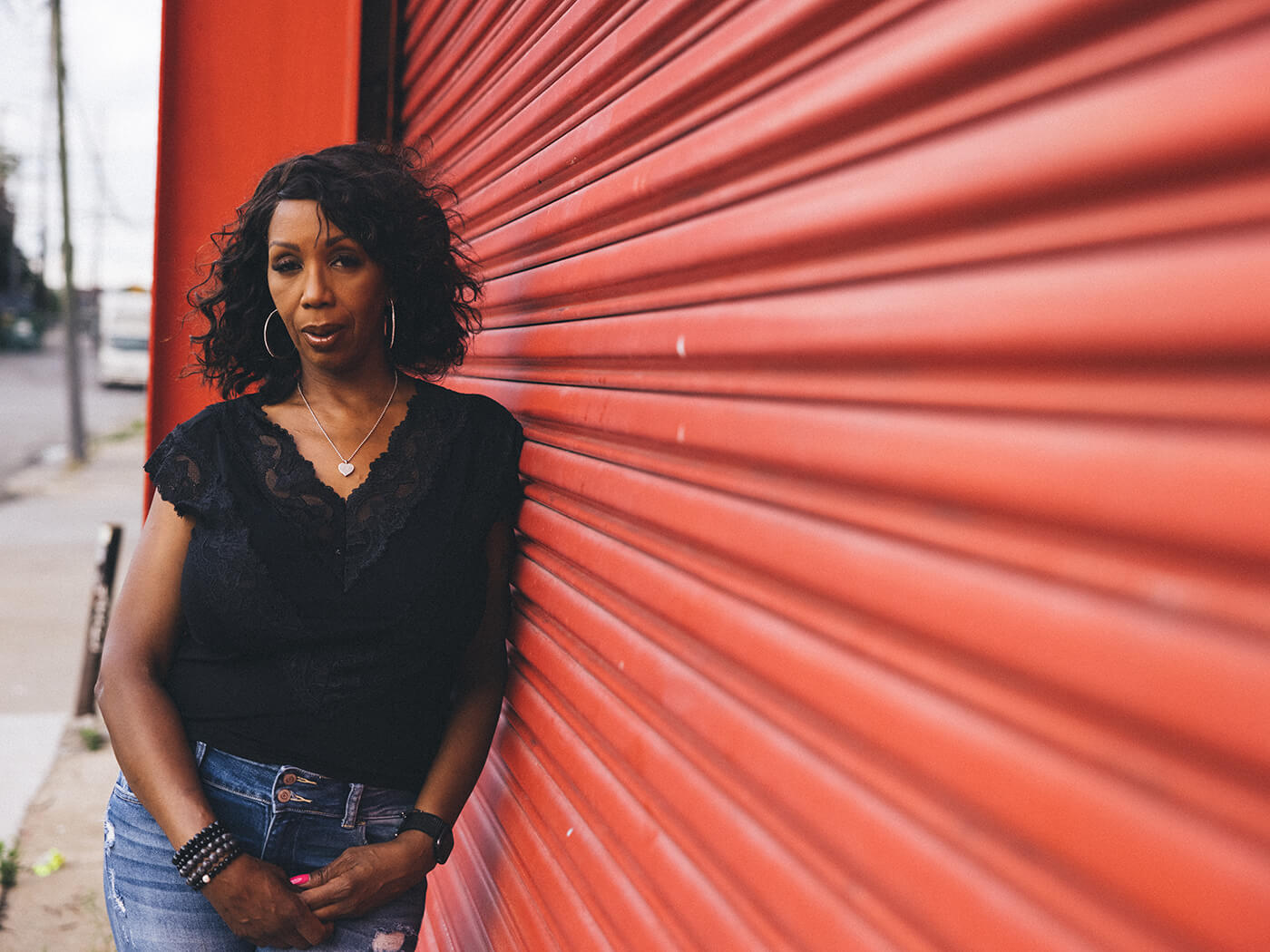 On the flipside, in early Detroit, the DJs and the fans were a part of the same community, and Witcher admired them for what they offered to the people of her city.

“They were somewhat like bossmen, helmsmen, gods, and we loved them in the beginning stages because of what they were able to give to us. How they were able to make us feel,” Witcher says. “Music soothes the soul, but that music was a whole different level. It was bringing people together.”

Through a certain lens, the same can be said of the superstar DJs today, but the difference is found in what happened after the DJs of Detroit were done playing.

“[The DJs] get done playing, they talk to you. You interact with them throughout their evenings,” Witcher says. “It was more of a personal connection. It was nothing where they were above any of us. They were also our peers but we had a different kind of respect because of their talent.”

As Witcher started to build her own career as a DJ around the city, the respect she showed the DJs as a fan was returned to her in kind. She became part of a collective of artists who supported each other, and in many ways became like a family.

These aren’t merely collaborators with whom she shared some stems at one point. These people are a real part of her life. The Detroit scene fosters deep, long-term relationships amongst its artists. 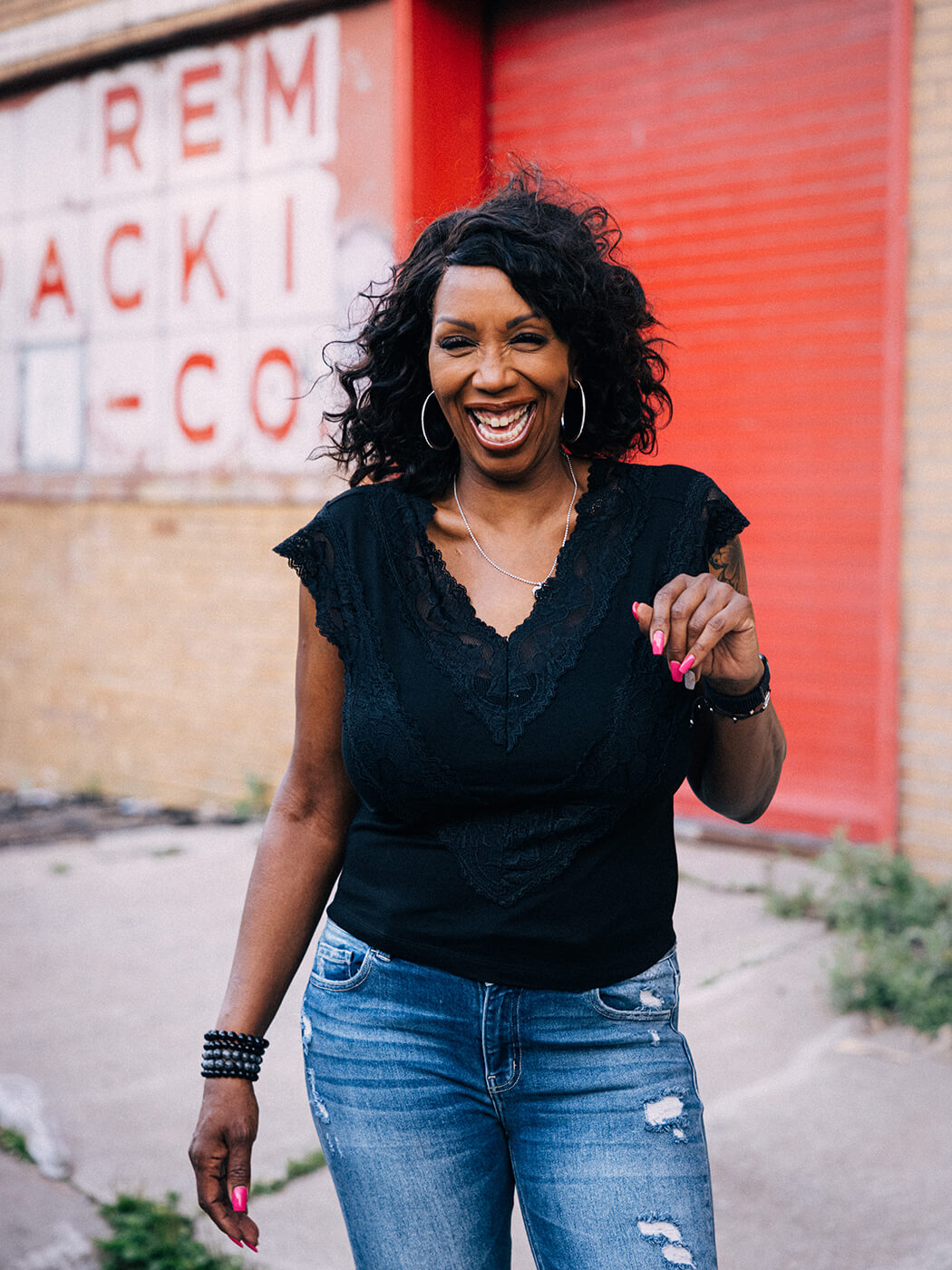 “It’s still a close-knit family because we all know where we started from. These are just good people who started off as your friend and they remained that way,” Witcher says.

For example, Witcher credits the prominent Detroit artist, Moodymann, with inspiring her to pursue production.

[Moodymann] amazes me because even though you may hear him on the microphone going ‘How y’all motherfuckers doing?’, he is such a genuinely beautiful person. Wherever he goes he never changes his attitude,” Witcher says with animated joy in her tone.

Belleville Three member Kevin Saunderson is godfather to one of Witcher’s daughters, and their connection was as educational as it was familial.

“Kevin [Saunderson] being my daughter’s godfather, we got tight like that. We always talked. I would always ask him questions, and he gave me every bit of information he could. He never held back,” Witcher says. 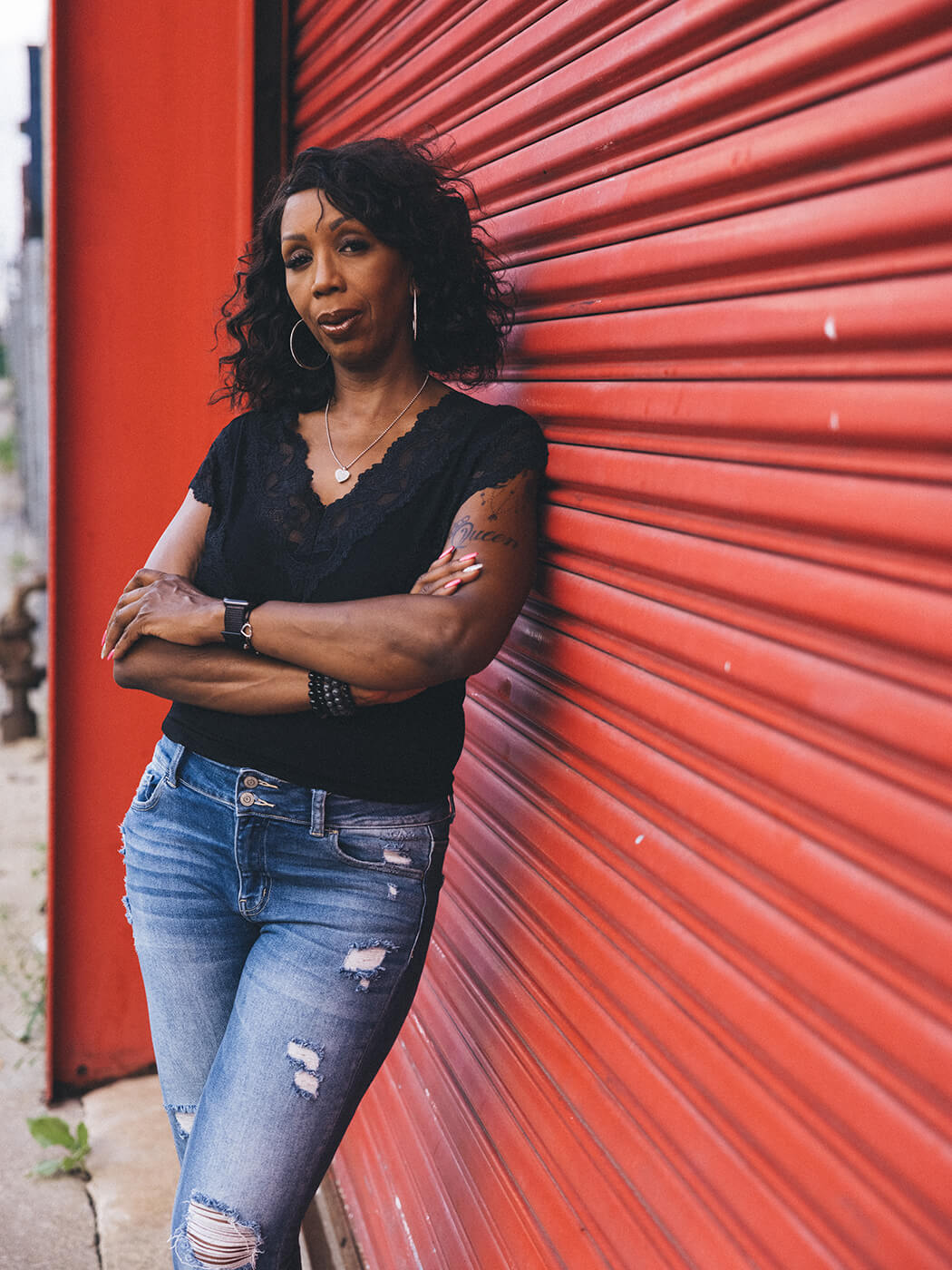 Carl Craig was another Detroit artist who was both a friend and mentor to Witcher. She recalls that he was always eager to help those around him from the moment they met. He would offer advice on the elements of artistry like DJing and production, but he is also genuinely concerned with the well-being of his peers.

One production technique Witcher learned from Craig that’s she’s consistently applied to her original tracks pertains to workflow. He showed her a method of laying out the different parts of a track within the arrangement window of the DAW to see where things are and what is coming up without getting disorganized.

Witcher’s chosen DAW is Logic Pro, and her primary piece of production hardware is Native Instruments Maschine Studio, which she used extensively in the creation of Do It All Night. Overall, she enjoys the widespread versatility of the performance and production system. 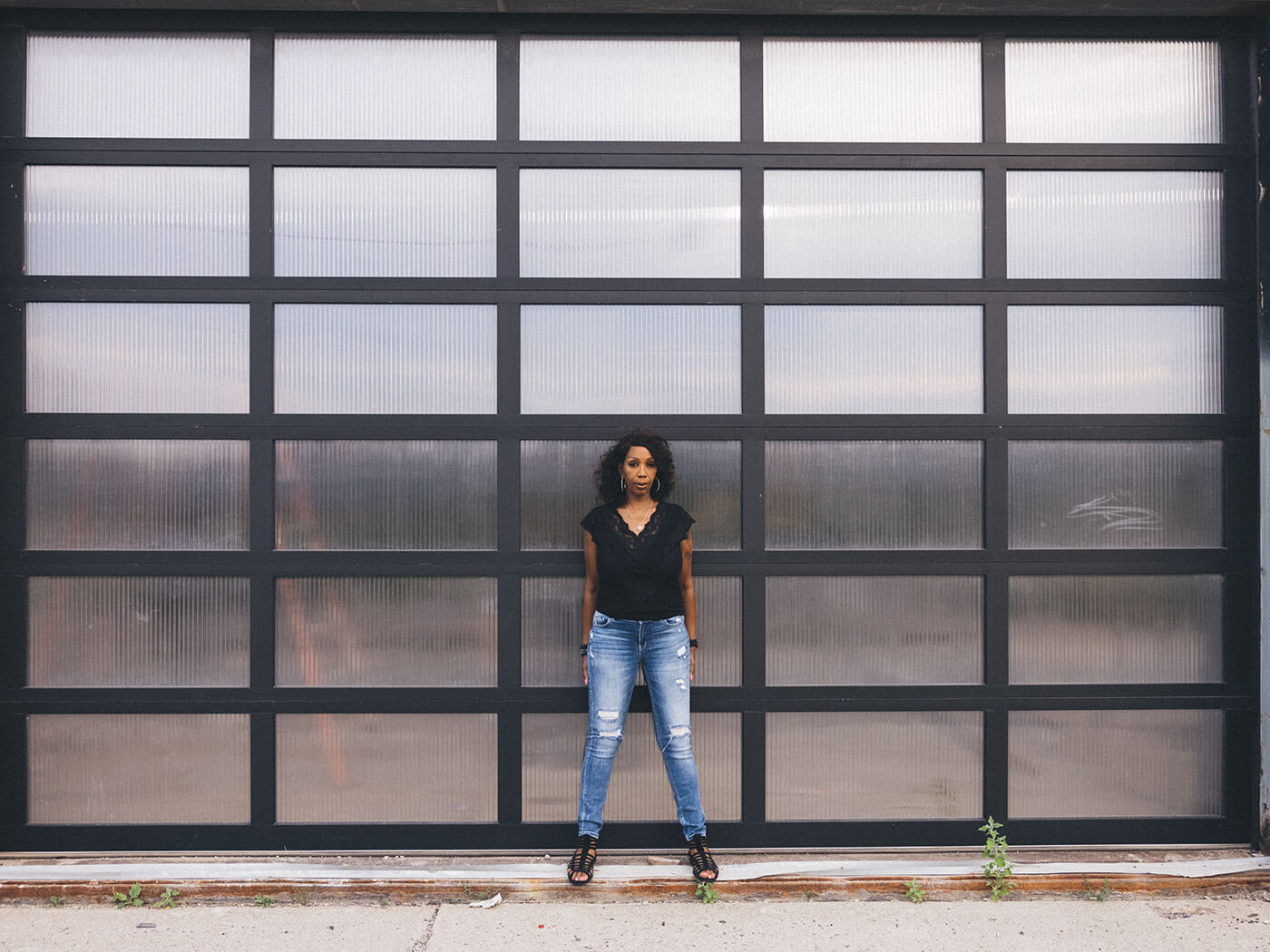 Recently, Witcher’s productions have also been enhanced through more personal means rather than technical. Back in June of 2021, she came out as a lesbian to the world via social media. This announcement came after she had produced Do It All Night but since she shared her true self, all of her productions have been without a huge burden she had been carrying for most of her life.

Furthermore, labels including London’s queer collective HE.SHE.THEY have reached out to Witcher for original music and remixes, and many younger artists have also reached out to her seeking mentorship.

“I didn’t know that so many people would look up to me because of it,” Witcher says of coming out publicly. “It’s a wonderful thing because there’s a lot of people out here suffering and not living their truth, but they’d love to.”

Witcher is familiar with mentorship, having started Women on Wax as a mentorship program for female artists before it became a record label. Through this program, she helped future female stars such as Berlin’s Magda rise to international recognition and over 20 years later, Witcher’s efforts to foster universal respect for women in the industry are still reverberating towards positive change. 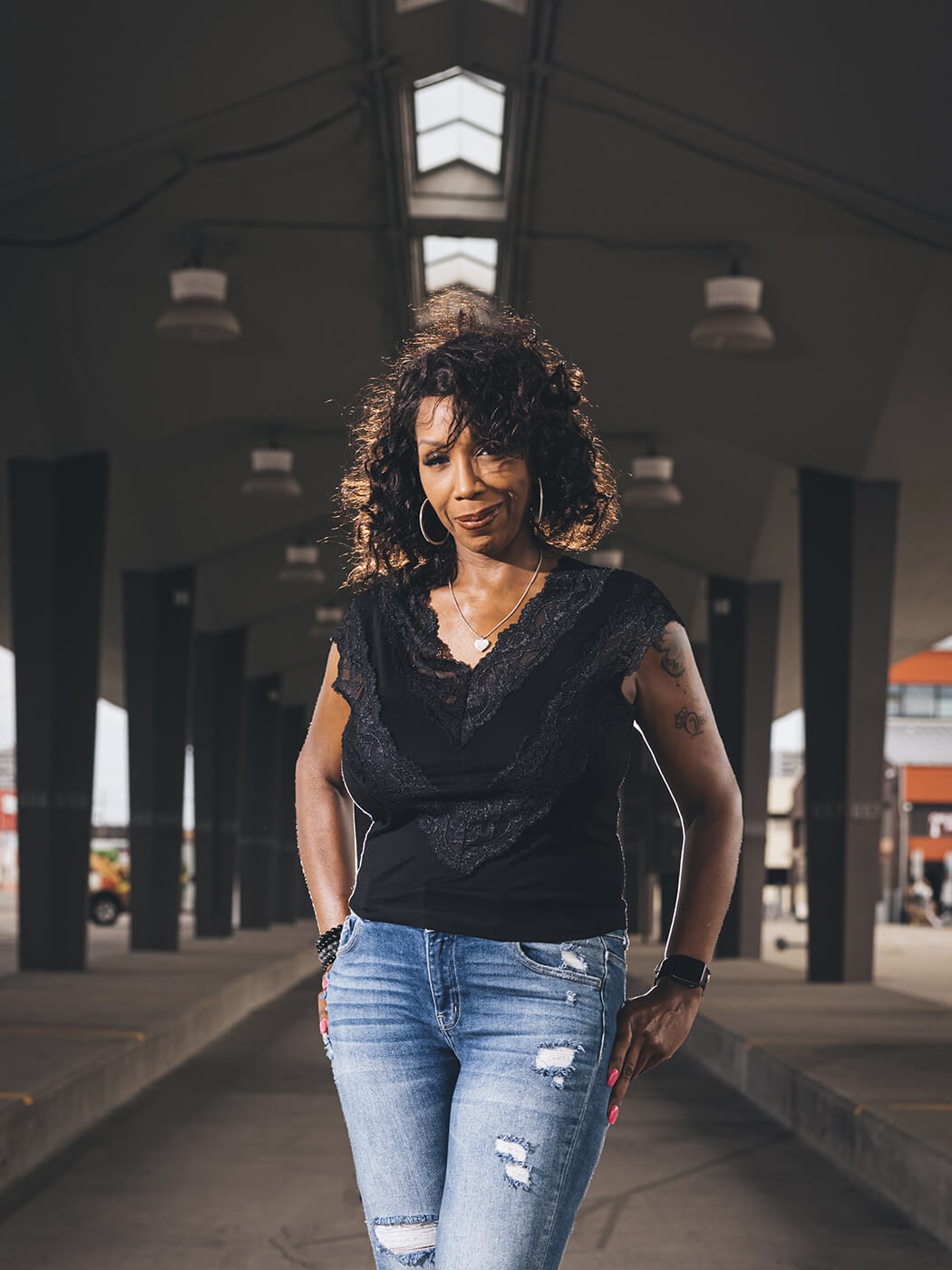 Now following Witcher’s coming out announcement, many of the artists reaching out to her are queer, and she is excited to continue her work in empowering younger, marginalised artists to reach their full potential.

“People that want to be artists that are queer, that are in the closet, some of them need the support to actually help them get out,” Witcher says.

But Witcher makes sure to note that she is open to mentoring anyone no matter where they come from, how they look or who they love. Just as her fellow DJs in Detroit aided her in her journey to be a professional artist despite the fact that she is a woman, she is willing to aid any artist with the Detroit Hustles Harder mentality, and she is preserving the city’s supportive community in the process of doing so.

“What I want to do is make sure that I show love to everyone. Everyone out here,” Witcher says. “I’m here and I’m not above anyone, so if there’s anyone that needs support I just want them to reach out.”