Charlie Clouser on scoring horror films, the early days of industrial rock, and his love of the unusual

“If I hear something and I can’t figure out how the hell they did it – that’s what makes me curious.” 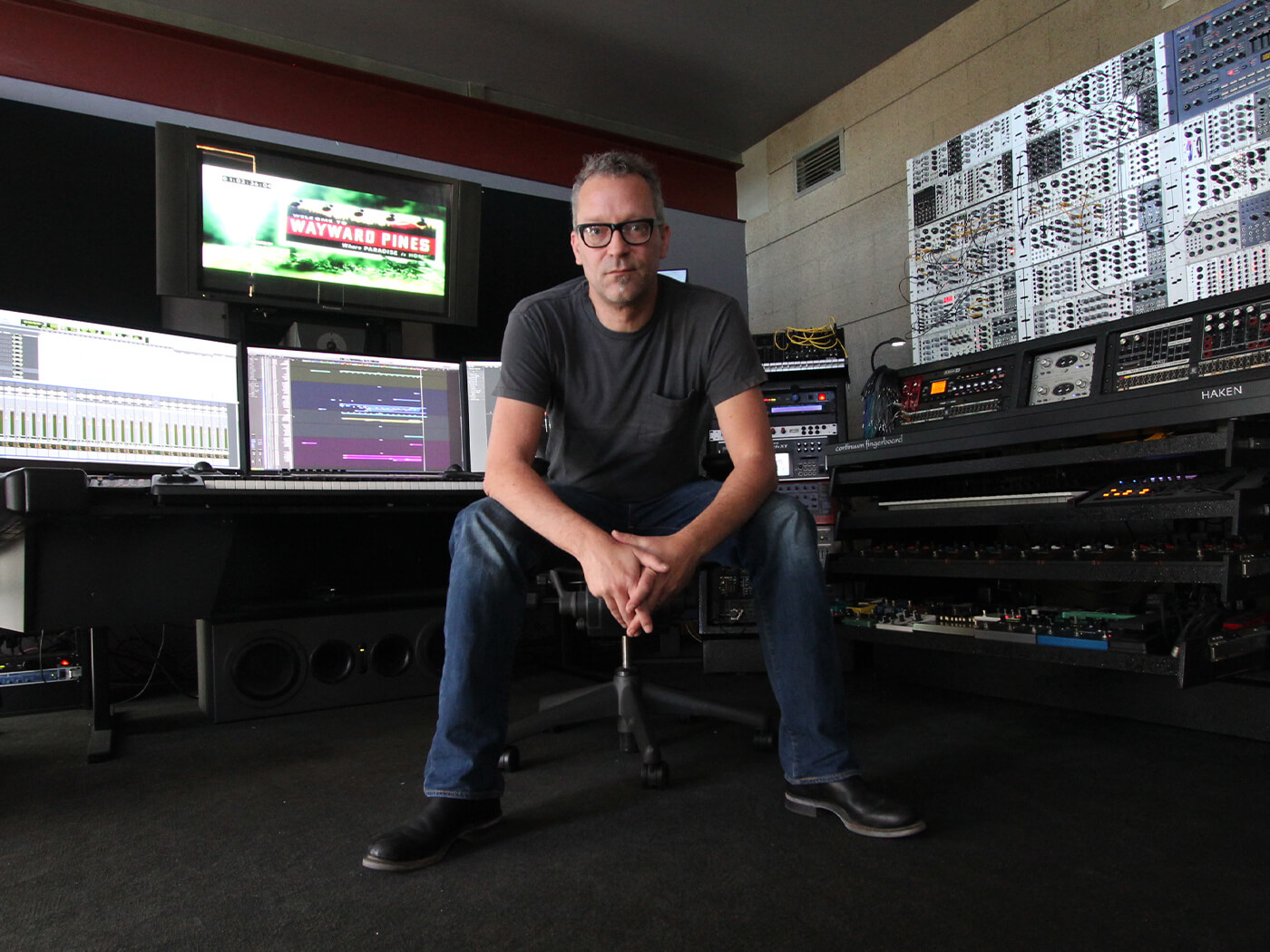 From his scoring studio nestled in the hills of Malibu, California, Charlie Clouser has worn many different hats over his decades-long career in the music industry – but a love of inscrutable audio, of unusual sounds, has been a constant.

Rewind a couple of decades, and he was best known as a member of the seminal industrial-rock group Nine Inch Nails, whose uncompromising blend of riffs, noise, electronics, and studio experimentation led to a surprising degree of commercial success.

In more recent years, Clouser has used his ear for sonic oddities to carve out a niche for himself as a film composer, specialising in horror and science fiction.

Picking up music at an early age, Clouser had various encounters with the clarinet, guitar, and piano before eventually settling on drums at age eight – an instrument that ultimately led him to the world of electronic music.

In the 80s and early 90s, alternative metal bands began looking for ways to expand their sound beyond the guitar-obsessed rock music of the era. Influential acts such as White Zombie and Prong started looking to tech-savvy programmers and performers such as Clouser.

“I take an inordinate amount of time to map tempos and meter changes.”

“If you’re a drum machine expert in the early years,” recalls Clouser. “Then once sequencers and samplers and MIDI stuff come into the mix, pretty soon you’re the only guy in the room who knows how to work that stuff. White Zombie and Prong and Ministry weren’t 100 per cent electronic – they had this heavy influence, but they wanted to include a lot of that cyber-industrial feel into their recordings. So that was what pulled me into working with a lot of those bands.”

It proved to be a winning combination of musical styles, leading to a six-year stint as a member of Nine Inch Nails and numerous credits on some of the most successful alternative albums of the era.

In many ways, Clouser’s transition into the musical world of horror and science fiction films seems like a logical progression from his days programming on tracks for Antichrist Superstar and Rob Zombie’s Hellbilly Delux.

“I think there’s a natural connection between the kind of sounds that work in dark and aggressive music like the records I was involved in, and the emotional character of the sounds that work in horror and sci-fi. There’s a terrifying fear of the unknown in a lot of those movies, and that was always a quality we would try to evoke in the records we were making.” 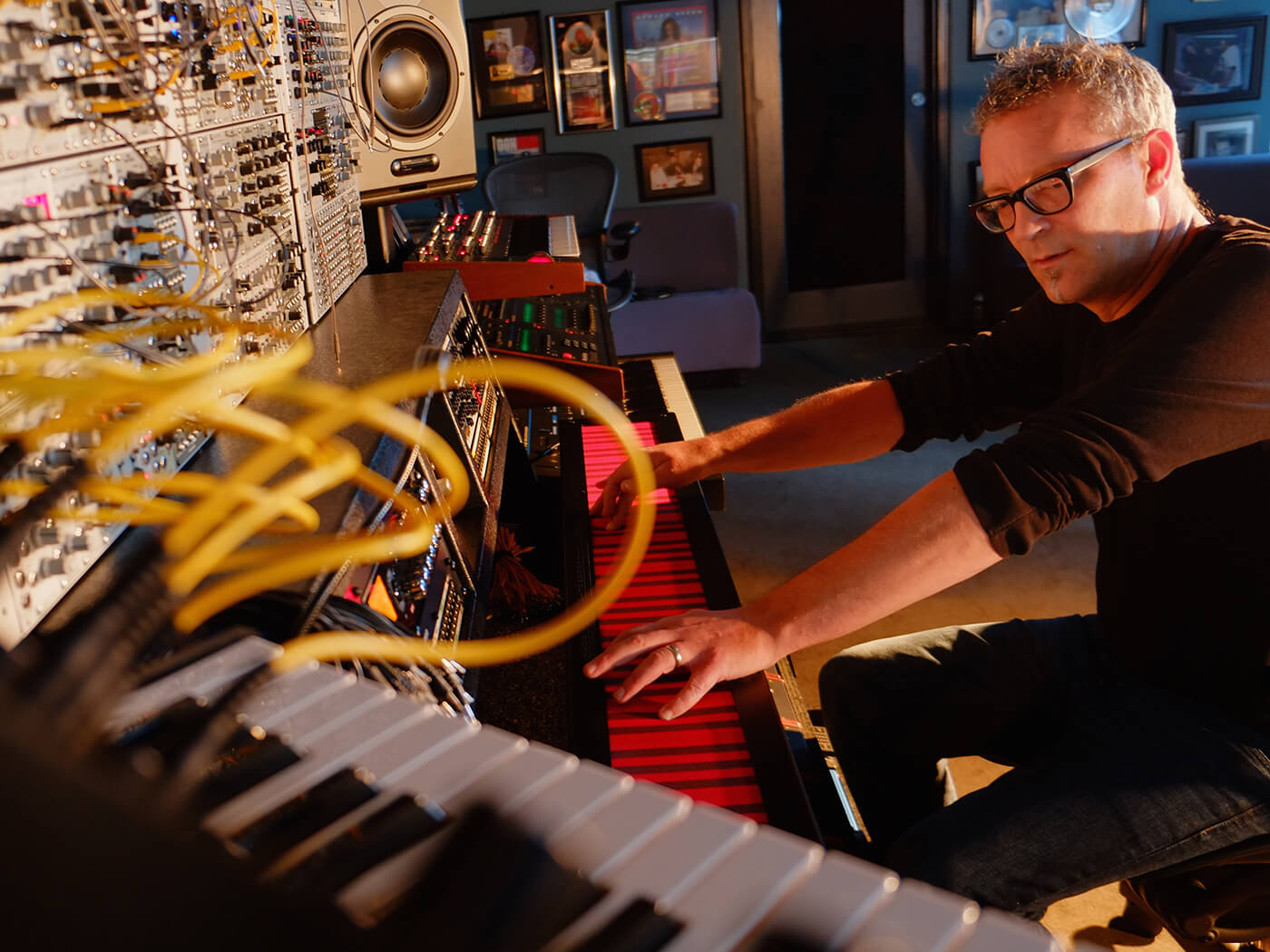 While film scoring didn’t come until the second act of Clouser’s music career, the role music plays in cinema made an early impression on him. Describing Lalo Schifrin’s theme tune for the old 1960s Mission Impossible TV series, Clouser animatedly recalls the moment he realised what music could bring to the screen.

“I remember thinking ‘wow, that piece of music just sounds like spies’. [It was] something about how he encapsulated the emotion, and the tension, and the action of the show into music. That was one of the first times it really clicked.”

Later encounters with the films of Stanley Kubrick opened up new worlds of sound drawn from the contemporary classical repertoire of composers like György Ligeti, Béla Bartók, and Krzysztof Penderecki.

“[These were] composers that I had had no exposure to,” says Clouser. “I heard that stuff in the context of those movies and thought, ‘how is that even done!’ I know that’s a choir, but what does the sheet music look like for something like that?”

Around the same time, exposure to bands like Kraftwerk and Devo eventually led Clouser to Brian Eno, whose avant-garde collaborations with David Byrne he cites as a critical influence.

“I studied electronic music in college in the pre-MIDI years in 1981-85, and in those days, of course, electronic music meant an ARP 2500 the size of two refrigerators and a bunch of reel-to-reel machines. You know, academic electronic music, not record production. When I started to hear how those techniques I studied in school had some kind of real-world utility on albums like My Life in the Bush of Ghosts […] you’d listen to it, and you’d go ‘how the hell did they do that?’” 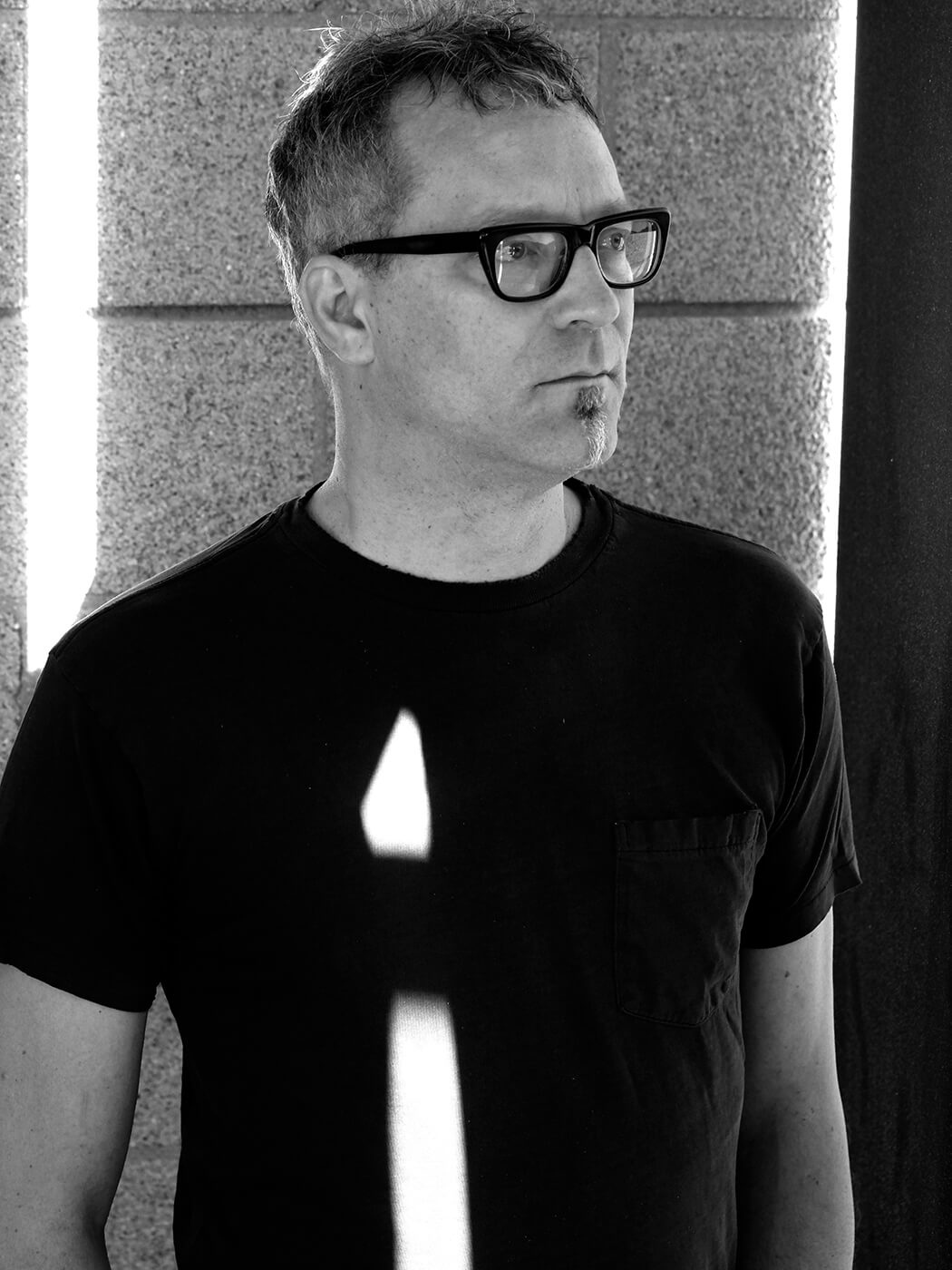 In 2004, Clouser took on his first major scoring project with the film Saw.

“That was the first feature where I was completely in the drivers’ seat and basically did everything all by myself,” remembers Clouser. “I had worked on a whole bunch of TV series in the 1980s as an uncredited programmer and mixing studio wizard. So I knew how the sausage gets made, but I’d never cooked any myself.”

The film went on to earn over $100 million worldwide and spawn eight sequels to date – with Clouser returning to score all of them. “When working on the first Saw movie, there was no concept that there would be even one sequel, let alone that it would turn into this global juggernaut.”

Now, with the newly released ninth instalment, Spiral: From the Book of Saw, Clouser is enjoying the chance to explore some new musical territory.

“Most of the Saw movies wind up taking place almost entirely in the darkness, in some dank, rusty, underground trap or lair,” says Clouser. “In this film, a lot of the story and action takes place in the outside world, out in the daylight […] so, a lot of what’s going into the score for Spiral are sounds that I would never have used in a previous Saw movie – because they’re too pointy, there’s too much light shining on them.”

As with so many creative projects, the events of 2020 disrupted the initial rollout of the film.

“I actually finished it mere days before international travel got shut down,” says Clouser. “It basically sat on the shelf for a year and, I must say, I’m pleased that the studio didn’t just dump it onto HBO Max out of desperation. There’s some communal effect that makes seeing that kind of movie in a theatre more enjoyable for everybody, so I’m really glad they toughed it out.”

In Clouser’s scoring studio, located conveniently adjacent to his home, his workflow relies on a three-computer setup. One Mac Pro is used to run Logic and sits paired with a MOTU AVB interface and a UAD Octo Satellite. A second Mac Pro, linked via MADI, runs Pro Tools and serves as what Clouser describes as a ‘glorified mix-down deck. Lastly, he uses a Mac mini to run Video Slave 4, a piece of software for synchronising both DAWs with the picture and helping to manage incoming video reels.

Perhaps a legacy from his drumming days, Clouser generally approaches a music cue by sketching a rhythmic outline, or ‘blueprint’ as he describes it. This framework provides the essential structure that supports all the melodic and textural details that eventually fill up the score.

“Basically, anything that could be circuit bent – and was – I wound up buying at some point in the past few years.”

When asked what he believes to be essential to his success in the industry, his answer is frank and pragmatic – undoubtedly good advice for any film composer wanting to avoid endless re-writes.

“I’ll tell this to anyone who will listen: one of the most important skills in working on music for picture, whether it’s video games, TV, movies, whatever, is not your musical ability or even your programming ability. It’s your communication ability. Because almost always, there is no common language. It’s very rare that a director or producer will say, ‘I don’t think you should use so many major chords’”.

The technology of terror

“I’ve always loved circuit-bent instruments, and I have a big collection of everything from Speak and Spells to Casio SK1s to slightly more high-end gear like Alesis Drum Machines. Basically, anything that could be circuit bent – and was – I wound up buying at some point in the past few years.”

Some of the sounds from these one-of-a-kind, modified instruments found their way into the Hello Zepp theme, the recurring musical motif that accompanies the climax of each Saw film. “On the Saw movies, there’s a lot of circuit-bent Alesis HR-16 drum machines – that’s what all the glitchy drum machine sounds are. So, I’ve always been attracted to anything that is unique and unusual and makes your ears prick up when you hear it.”

In addition to these more eclectic pieces of kit, Clouser’s studio is populated by an impressive, far-too-many-to-name collection of analogue gear. Forty-eight guitar pedals that stay powered up and patched in at all times for easy experimentation, vintage synths such as the Roland SVC-350 Vocoder sit alongside new editions including the Waldorf Quantum, and rarities like the EMS Phase Frequency Shifter round out the collection.

However, despite an evident love of the classic synths Clouser bought in his youth and still uses to this day, he certainly doesn’t romanticise the past.

“There’s never been a better time to be interested in synthesizers and electronic music. The stuff that’s coming out now does not make me pine for the old days. You don’t have to search for that $35,000 Jupiter-8 to get something that sounds great and is inspiring to play.”

Moving forward, Clouser seems like an artist in his element. With a soon to be released software collaboration (the details of which he can’t share just yet) and an upcoming project in a new genre, he’s getting the opportunity to flex new musical muscles.

“Over the summer, I’m going to score my first ever documentary,” says Clouser. “[It’s] about a really interesting confluence of a social and political movement, and a music movement, and the way that these two cultural movements influenced each other. It was a topic that I had never considered, and the way that the filmmakers explored it through interviews and historical footage was super interesting.”

After a moment’s pause, Clouser adds with a chuckle. “It should be fun to score as well because it won’t be the full-on, epic industrial beat-down of a Saw score!”

Spiral: From The Book of Saw is in theatres now.