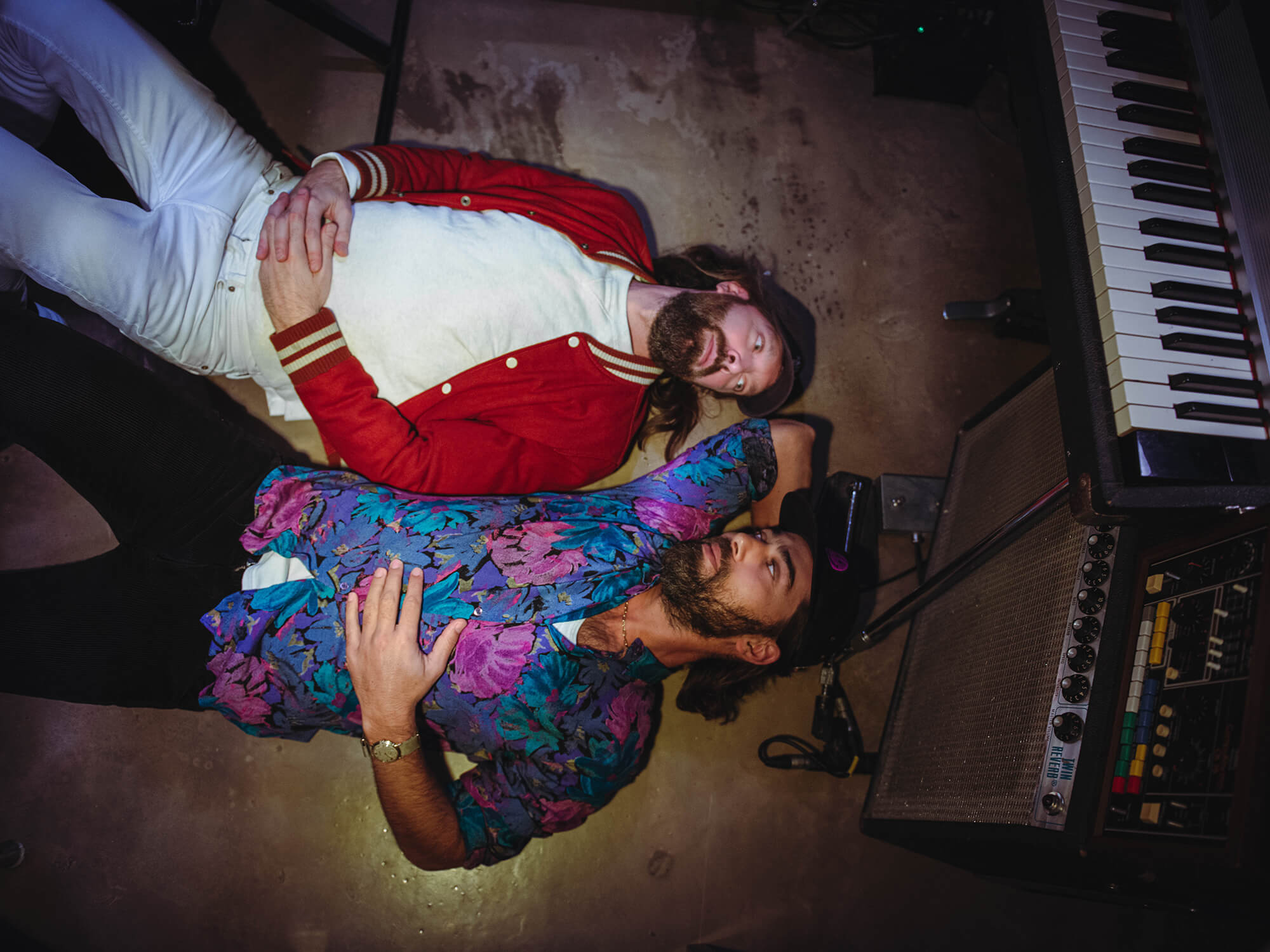 Breakbot and Irfane: “We don’t have any recipe for our remedies. It’s part of the fun to try new things and be surprised”

The French duo unveil the processes and influences behind their latest Ed Banger Records release, Remedy

The French touch has long had a tight grip on popular music. Daft Punk shook nightclubs around the world in the early 00s, while Justice paved the way for synth-rich, bass-heavy EDM acts such as Zedd with 2007’s Cross. Then, Breakbot’s 2010 Baby I’m Yours served as the inspiration for Bruno Mars’ 2012 Treasure, came at the turning of a disco renaissance and is still on heavy rotation 12 years on – thanks to Breakbot’s irresistible vocal line and upbeat, groove-laden backline. Being used as a meme format helps, too.

After a four year break between releases, producer and multi-instrumentalist Breakbot, real name Thibaut Jean-Marie Michel Berland, has teamed up with longstanding collaborator Irfane on a new EP, Remedy. The four-track EP is brimming with smooth synth swells and strings, head-bopping basslines and Breakbot’s signature deep-layered vocals. With Remedy, the duo once again bring the 80s back into vogue.

We speak with Breakbot and Irfane from their studio to learn about the creation of the EP, how they effectively collaborate, and why they opt for a healthy blend of software and hardware synthesis.

Hi Breakbot and Irfane! Congrats on Remedy. It’s been four years since your last EP release – what’s changed for you in that time?

Breakbot: “We had the chance to get a proper place to work in. Irfane spent lots of time and love on building a studio in his basement. It’s definitely a game-changer. It allows us to get closer to what we have in mind when we start a song.”

What is it that keeps you and Irfane creating together?

B: “We’ve been playing together since our very first EP 12 years ago. Irfane was there from the very beginning on Ed Banger Records and our collaboration only grew stronger over the years. He’s gotten more and more involved in the instrumental production process – he’s part of Breakbot’s DNA and I feel very lucky about that! I love him like a brother.”

One of the most memorable moments of your collaboration with Irfane is 2010’s Baby I’m Yours, which went on to become pretty popular online. What do you think of the effect of memes on music popularity in 2022?

B: “It certainly helped us gain a new, younger audience. It is our most popular song to this day and the memes on social networks bring a fresh concept to a track that was 10 years old. We can’t complain about that.”

As a producer well-versed in disco and dance, you must find regular influence around you in France and at Ed Banger Records…

B: “I would say that Ed Banger Records had a huge influence on my addiction to music production in the first place. It was only two or three years after the release of Discovery by Daft Punk in 2001 that my friend Xavier from Justice told me he signed on to this brand new Parisian label [Ed Banger Records].

“When I first listened to Justice’s We Are Your Friends nearly 20 years ago, something changed, I became hooked on the idea of creating something as cool. It took me some time, but my decision of quitting my former job is the direct result of meeting Justice and Pedro [Winter].”

How much do you rely on vintage gear for the old-school sounds throughout Remedy?

B: “It’s a mix of software and hardware. I love playing with Arturia’s recreations of real synths, the Arturia V Collection. They’re simply the best on the market. “Overall, though, we try to let our ears be the judges.”

Do you have a favourite piece of gear in your studio?

B: “I never feel as happy as when I play the piano I got for my 40th birthday. I have the best family and friends.”

B: “The basic structure is just drum beats with a melodic bass on top. The rest is just icing on the cake. “We don’t have any recipe for our remedies. It’s part of the fun to try new things and be surprised. Then again, we have strong [musical] tastes and can’t really help but be led by them.”

You’ve still been continuing to release remixes in the last few years, as you have been since 2008. What’s your general approach to remixing?

B: “I love to build a whole new song over an acapella. Finding new chords and arrangements over a melody is something I particularly enjoy.”

You’ve got some live performances scheduled in the upcoming months. What kind of set will you be performing?

B: “It will be DJ sets rather than live performances. It’s funny how the perception of these two different things is still confusing for a lot of people. I think the last live performance we had was around five years ago when we finished the Still Waters tour.”

What one piece of advice would you give to aspiring producers and musicians in 2022?

B: “I don’t feel like I’m entitled to give any advice! All I know is that I am lucky enough to be able to share my passion.”