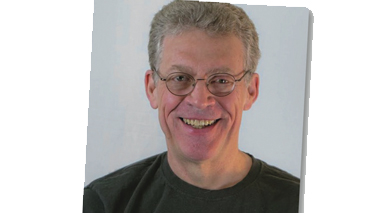 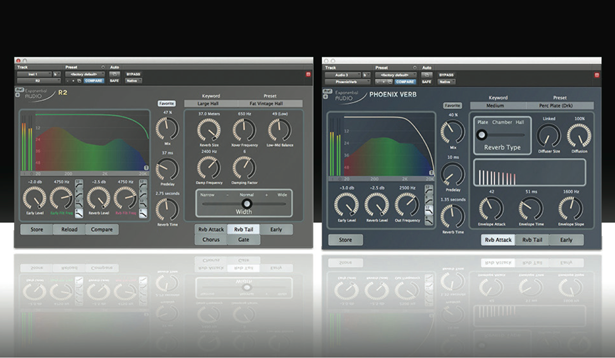 Michael Carnes has been a touring musician, a composer and a recording engineer. He’s also worked in the fields of analytical computing, speech recognition and operating system design. With a solid grasp of both the arts and the sciences, is it any wonder his reverbs sound so good?

After a long stint with Lexicon, where he worked on such revered units as the 960L, Michael is ready to take reverb to the next level with his (relatively) new company, Exponential Audio. Founded in 2012, Exponential Audio has already caught the attention of several prominent film mixers with its plug-ins, and the music world is raving about their sound. Michael reflects (pardon the pun) on his audio career…

MT: How did you end up working in audio DSP?

MC: Like a lot of things in life I ended up just falling into it. My career before that was as a musician, first playing rock and jazz and then as a classical composer. But I quickly realised that classical composition was a losing proposition as far as making any money goes!

I was in Massachusetts at the time, and in those days the computer industry was just growing by leaps and bounds. If you had a pulse someone would give you a shot, so I ended up in a low-level grunt job in a company that did all sorts of DSP. From there I went to a company that did speech recognition and a few other things along those lines. Then I got invited to go to Lexicon. The first thing I did there, which was the Lexicon PCM90, I would say was more of an apprenticeship. I was basically putting in what already existed, tightening it up, and getting a sense of what I thought should perhaps happen to improve it. 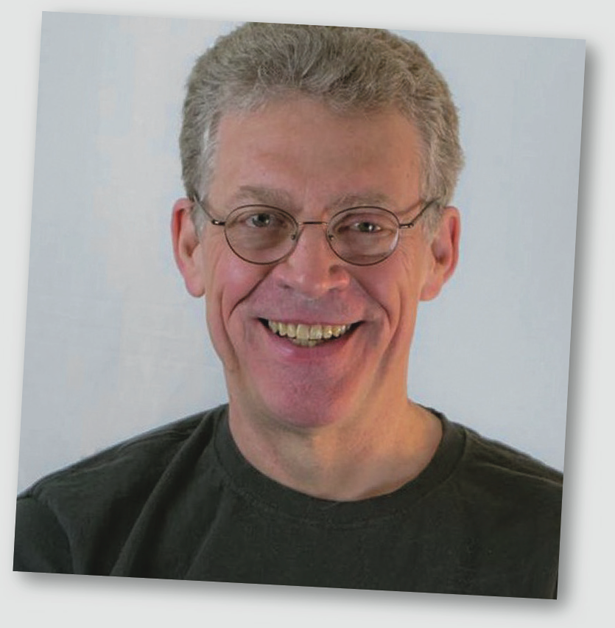 MT: Obviously you stayed with the company for quite a while.

MT: How did Exponential Audio start?

MC: When I left Lexicon I knew I was in a very good position to do something – it was that perfect time in my life where it was worth taking a risk and seeing what would happen. I pretty much knew walking out the door that I was going to be doing this. I knew there were other ways to do reverberation that would be successful, and I had gotten a little bit tired of having to be ‘the Lexicon sound’. It was always a matter of doing something else with the same approach – and it’s a very good approach – but I was ready for a break anyway.

The first year out of Lexicon was really busy – while I was putting together my own intellectual property I still had to make a living. I did some contract work for a company that does a tinnitus treatment, and I was also mapping out a new reverb architecture. At the end of that year I was ready to go to market, and I went with perhaps the ugliest user interfaces that there ever were!

MT: Can you give us an overview of your plug-ins?

MC: There are two basic architectures. The first is the PhoenixVerb, designed around purity. The idea is that you don’t hear the tail rattling around; it’s something you can sneak into a mix and maybe not even know it’s there until you take it away. It’s as artefact-free as I’m able to make it.

The other architecture is the R2, which is designed for when you don’t necessarily want your reverb to sound real. You can certainly bring it to a place where it’s fairly convincing as a real space, but the essential part of this algorithm is modulation. It’s got fairly obvious controls, chorusing and depth, but there are a few other tricks in there.

Generally when you’re chorusing a reverb you can hear pitch effects – it undulates up and down. In some cases that’s really nice. If you use a little bit on a nylon-string guitar there’s something magical about that effect. I also thought of a way to use chorus so that basically whenever you had a pitch shift up, you had a compensating pitch shift down. The idea is that it just fattens it up.

There’s also a gate. My first thought about the gate was basically, ‘Oh, what the heck. The giant snare drum sound has been gone for 20 years, it’ll probably be coming back sometime soon.’

MT: What is your number one reverb sin?

MC: This is a sin I’ve surely committed: basically, the sin of too much. When you’re getting to the point of finishing up the mix, that’s when you’re starting to think about reverb. You spend the first part of the process trying to get the right thump out of the kick drum, trying to get the snare right, etc. So after you’ve done all that, you’re typically tired. Most people will think, ‘Well, let me go on and finish this up, I want to call it a day soon.’ So they’ll throw in the reverb and it will sound like it’s in a swamp because they have to add more to notice it. When you come back the next day and give it a listen, the ‘what was I thinking?!’ alarm goes off.

So the general rule of thumb is to dial it up to where you think it ought to be, and then dial it back. Then stop and listen to it a couple of days later.

MT: What advice would you give to people who are just starting out and want to improve their mixing skills?

MC: The really important thing is to work with limitations. That sounds so wrong but it’s absolutely the right thing to do. Especially now. You’ll hear all the old guys whining about how ‘mixes were much better then’ and all of that sort of stuff. The part of that statement that’s true is that there was much less equipment then. 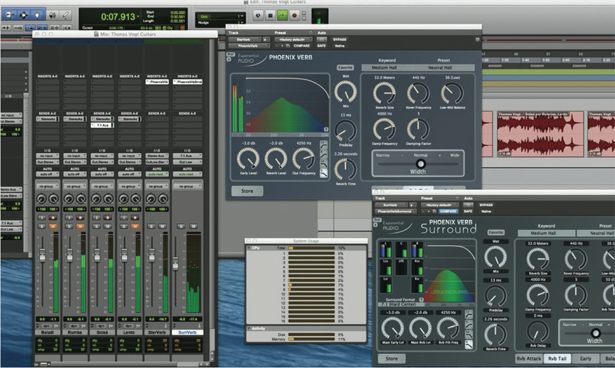 Inspired by the movie industry, Michael’s now focusing on developing for the 3D format.

The limitations didn’t mean that the mixes were superior, but they meant that the people knew their equipment much, much better. You knew exactly what your compressor was going to do with a specific instrument, using certain settings. You knew why it wasn’t the right thing for one mix but it was the perfect thing for another.

The best thing you can do is play with a piece of gear like it’s the only thing you’ve got. Everything you want to do, you have to do with that one piece of gear. Ignore all the other stuff, get in and dig, and see what it really does. You’ll find that everything has some potential that the person selling it didn’t know it had, and it may be just the right (or just the wrong) thing for the situation. But you’ll never know it if you don’t shove out all the other stuff and dig.

MT: Your name is synonymous with reverb. How do you feel about that?

MC: I consider myself second generation in reverb development, and the first generation was guys like [Lexicon’s] David Griesinger and Barry Blesser, who were both good friends of mine. I really want to give credit because I didn’t make this stuff out of the blue. Barry Blesser was the original developer of the EMT 250 and a lot of other things after that, and David Griesinger was responsible for the original Lexicon sound. They were both very generous with suggestions and critiques along the way. I am perfectly happy to stand alongside them in some way, but the last thing I want to do is to supercede the contributions that they’ve made.

MT: Do you think you will ever branch out from working in reverb?

MC: Oh sure. I did some really weird effects in my last few years at Lexicon. There are some people who liked my approach and some who didn’t, but they were fun to do and I have some ideas about where I’d like to go with that. Certainly for a while there are things that I’m doing to extend and improve the reverbs that I’ve got. I want it to be an absolute no-brainer for someone to feel like they’ve made a good investment by purchasing my plug-ins. There are still things I can do [with the reverb plug-ins] but, yeah, there’ll be some other strange stuff to come further down the road…

MT: Is there a particular space that has ever inspired your work?

MC: Just about everywhere! Jordan Hall in Boston, which is the concert hall of the New England Conservatory, is a great space. I spent many happy hours in that room and there was just something magically liquid about it.

There’s also a cave on the [Hawaiian] island of Kauai… it’s an old sea cave largely filled in with sand and the roof of it is maybe five feet high. If you go back in there and clap your hands, it’s just so weird. I’m still trying to figure out why it sounds like that. I’m always listening and clapping just to try and get a sense of exactly what are the auditory clues that let me know that I’m in, say, a huge canyon or standing on the side of a mountain.

MT: How will reverb plug-ins change in the future, and can you give us a hint as to what you’re working on next?

MC: The biggest developments in audio happen in the movies. The biggest thing in cinema in the last year has been the 3D formats: Dolby Atmos and Audio-3D. I’ve been doing some work to enable my surround reverbs to work in those formats. Reverb in that environment just sounds great. If you’ve never had a chance to see a movie in a theatre that supports a 3D format you really owe it to yourself because the mixes are spectacular. It’s new and every one’s a little different – we’re still sorting out what the rules are, but it’s an intensely creative time for mixers and just about everything benefits from it. So that’s where I’m playing right now.