The English rock band Haken have just released their fourth album, Affinity. MusicTech caught up with keyboardist and producer Diego Tejeida to talk about rock recording and how technology can deliver a perfect progressive sound… Haken have been around for the best part of a decade and have released four albums on Sensory Records, Laser’s […] 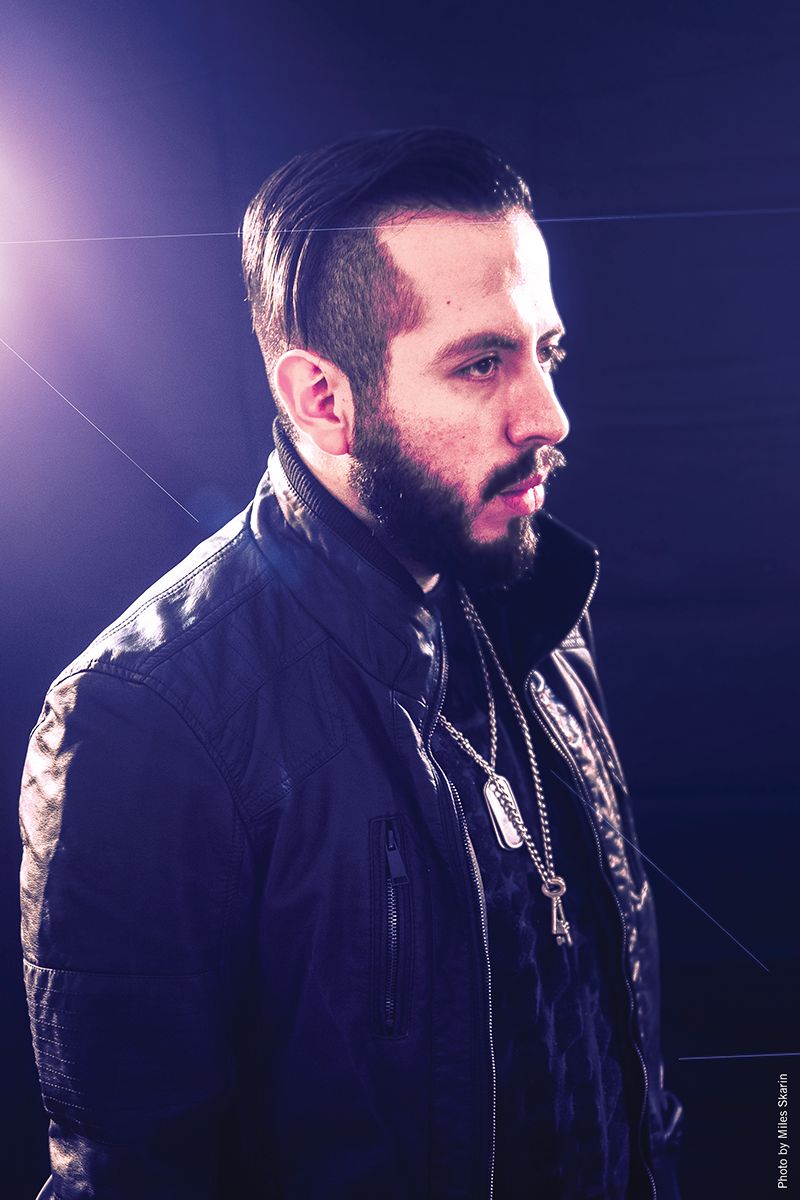 The English rock band Haken have just released their fourth album, Affinity. MusicTech caught up with keyboardist and producer Diego Tejeida to talk about rock recording and how technology can deliver a perfect progressive sound…

Haken have been around for the best part of a decade and have released four albums on Sensory Records, Laser’s Edge and Inside Out. The band is very much part of the recent new wave of progressive rock and utilises all sorts of studio technology to produce an intricate crossover sound on their albums.

They’ve successfully translated this sound to the road, too, playing many festivals across Europe, so we caught up with the band’s keyboard player and tech guru Diego Tejeida to talk gear and the ‘melting pot’ that is the Haken sound…

MusicTech: What do you do in Haken?

Diego Tejeida: I’m a keyboardist and sound designer originally from Mexico City. I started playing piano when I was five, learnt some classical repertoire and the basics of the instrument back then. By my mid-teens, I discovered the synthesisers and the world of sound design, music production and synthesis – that’s when I decided to take music seriously.

In 2006, when I was 18, I moved to London to study Contemporary Music and subsequently Sound Design and Sound Engineering. Through the London years, I worked as a session musician, studio engineer and live sound engineer making contacts and meeting people that would eventually lead to meeting the Haken guys in 2008.

DT: Haken is a modern progressive rock/metal band. We have a ‘melting pot mentality’ whereby we throw in many (often contradictory) influences in our music. These can veer from classical music to jazz, from simple acoustic to electronic music, from metal to synth pop and so on.

As a keyboardist and sound designer in the band, I like to think I bring a wide, impressionistic approach. I’m a big fan of creating scaled sonic universes, especially when it comes to ambient, sound-designed sections.

You can get as detailed as you want; have as many elements living in this imaginary space until the sum of them paints the picture, have background layers that give an illusion of moving space with occasional or accidental elements. It includes things that might seem random at first glance, but help give an organic sensation. 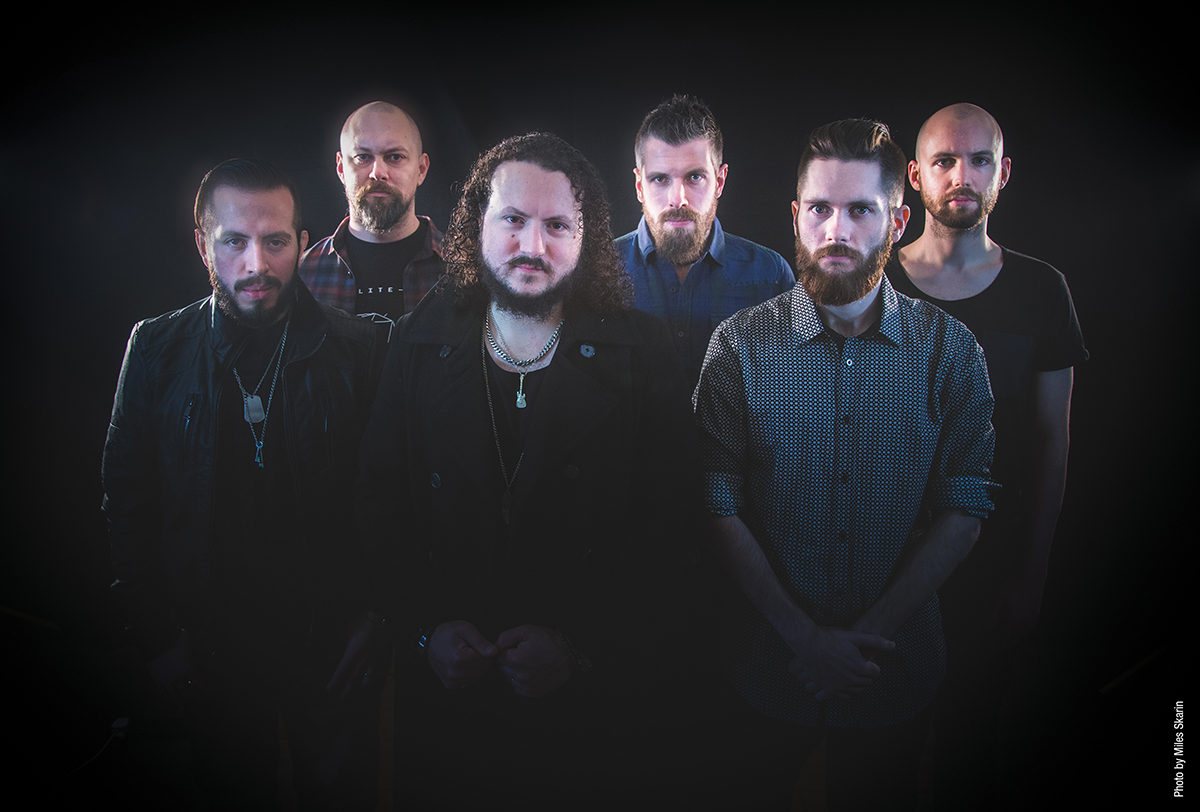 MT: It sounds like you’re bringing in part of the traditional producer role into your work with the band. Is that true, or do you also work with a separate producer?

DT: I guess the concept varies from person to person.

The textbook definition of a producer would be the person that sees the bigger picture of all aspects of a record and takes part in directing all of them, including the musical arrangements and the function of all the instruments, vocal melodies, vocal harmonies and so on.

In my experience, it seems that nowadays, musicians act as their own producers. Mixing engineers work as producers, too: even a recording engineer has to assume the role of a producer from time to time. It seems music production is an aspect that cannot be detached from the rest of the other creative processes any more.

MT: It seems like you and the band have managed to carve out quite a niche without the support of a major record company. What advice would you give others to do this?

DT: One of the most important elements of the music industry is contacts and connections. Of course, talent, knowledge and skills are absolutely crucial, but what’s the point of being the reincarnation of Bach if you’re only playing in your bedroom?

MT: And you’ve already touched upon the fact that you self-produce, so what tips would you have for others on this?

DT: The mentality of ‘it’s okay, we’ll fix it in the mix’ is the best recipe for disaster. Always having a sonic aim in mind and getting a source recording as close as possible to that mental aim works better. This will always have much better results in the end than trying to ‘fix’ it later.

MT: Tell us a little about your studio…

DT: It is called The Bunker and is my very modest home studio. I mainly use it for keyboard production and sound design. Occasionally, I do recordings and audio production for vocalists, bands, film or media.

I put it together about three years ago when I had to move back from London to Mexico City and needed a decent place to work. Most of the sound treatment is made of recycled material; the wooden sound diffusers were made of recycled closet doors, for instance.

It has a small live room, big enough to fit a whole drum kit. Normally, I have my acoustic piano in there and have all sorts of weird instruments lying around, including ethnic Mayan percussive instruments, a couple of mandolins, didgeridoos, toy pianos, guitars etc.

As you can imagine, I’m mainly surrounded by the keyboards and rack units I’ve been collecting over the years. My most recent acquisition is a Seaboard RISE 49 by ROLI. My audio interface is a reliable Mackie Onyx1620i and have a couple of dbx266 compressor/expanders. At the centre is a MacBook Pro running Logic and I also have a pair of PreSonus E8 monitors that I’m currently considering upgrading. 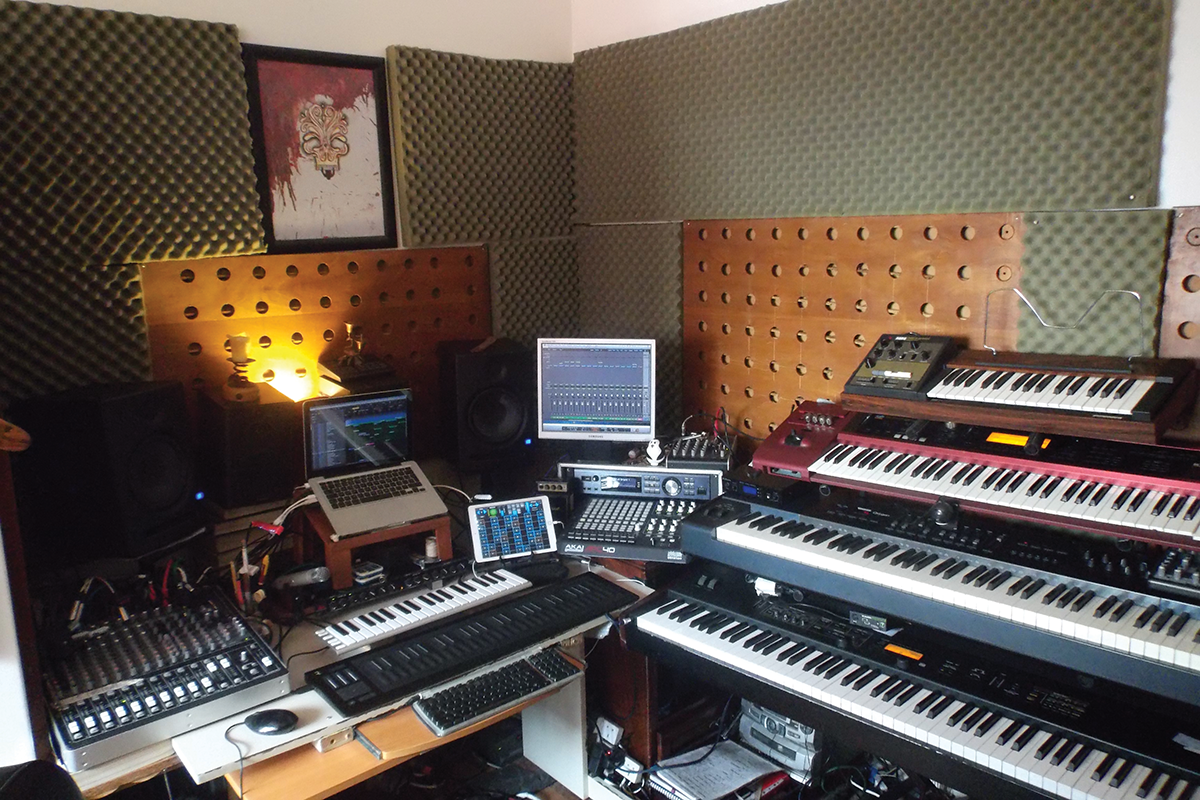 MT: What are your favourite sound-generating studio tools?

For instance, during the recording of Haken’s new album, Affinity, I made an interesting pad texture out of two didgeridoos – one is tuned to E0 and the other one is an A#1. I recorded both, tuned them and sampled them into Logic’s EXS24 sampler and extended the keyboard range, added some FX magic and there you have it – a very interesting, polyphonic, harmonically rich pad out of two didgeridoos!

MT: What outboard gear do you use?

DT: Distortion, amp designers and saturators. They are essential tools to add character to sounds. Some of my favourites are Waves GTR Amp, Brainworx bx_saturator, Audio Damage’s Kombinat and everything in the PSP catalogue.

I also use delay-based effects like choruses, doublers, flangers, delays and so on. They’re great and very powerful, as they can act as subtle stereo wideners to really destroy a sound if used intensively. Some of my favourites are The Lexicon Suite, Audio Damage Liquid, Expert Sleepers Meringue and Logic’s Tape Delay.

MT: What is on your wishlist, studio-gear wise?

DT: In my uni days, I got used to tracking vocals with an Avalon VT-737sp, as that what they had in the studio and I really loved the sound of that.

Then maybe a Steinway Grand, Hammond C3 and Mellotron. 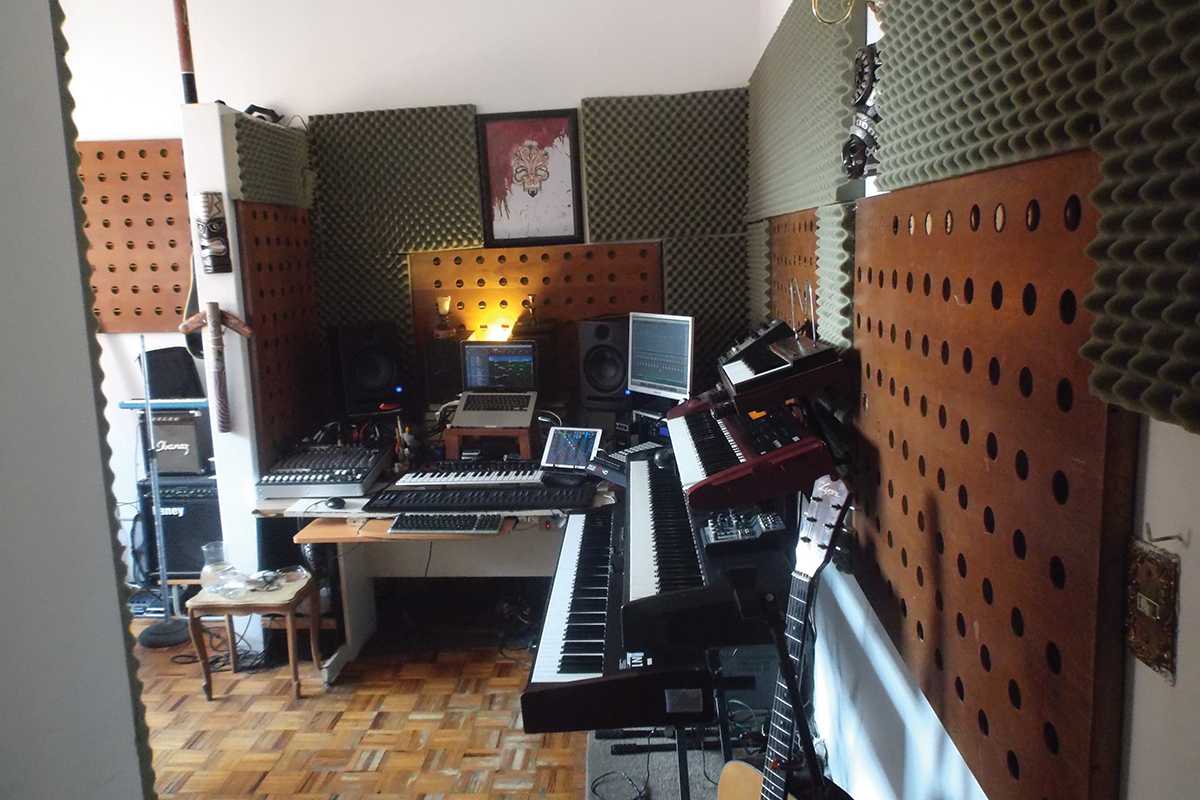 DT: An improvement to software user interfaces. I know there’s some multi-touch screen surfaces to control your DAW out there and they’re great.

I’m very excited to see what else the future will bring to enhance the user-software interaction. I think the main reason why people prefer the experience of the analogue world is because it’s much more intuitive and organic. In an ideal world, we would have the organic interaction of the analogue world with the precision and flexibility of the digital world.

MT: How does a Haken track come into being?

DT: Specifically when writing with Haken, most of the time, the first thing that comes out is the music in a very basic form. The most important point is the arrangement and intention of the tune. Once the backbone is sound and interesting enough, we build on top of it, orchestrating, arranging, layering etc.

Usually lyrics come last. When it comes to me recording the parts on a project, I normally think first in terms of sounds. I spend quite a bit of time programming the sound I have in my mind and the actual musical line is what comes last.

DT: Affinity is our latest album and our fourth studio album. It explores and combines many contrasting influences while keeping the Progressive Rock flag flying high. The most notorious influence on Affinity is 80s synth pop-rock.

This is an era that often gets overlooked under the assumption it was not the brightest decade for music. However, there’s plenty of truly amazing music that occurred over that decade; Vince DiCola and all of his soundtrack catalogue, Toto’s IV, Van Halen’s 1984, just to mention a few.

Nevertheless, there are many more influences in Affinity; post rock, downtempo, trip hop, ambient, orchestral, EDM, psychedelic… Affinity is our most collaborative album yet. We wanted to explore new dimensions by having each member contribute initial ideas from scratch. Lyrically, it touches on some social psychology grounds and raises questions about our often irrational human behaviour and human interaction.

Haken’s fourth album, Affinity, is out now on Inside Out. More info: www.hakenmusic.com