Welcome back to our weekly artist Q&A here at MusicTech.net, this week we’re chatting with ecclectic Norwegian band Haap. Consisting of two members, Jørn Lavoll and Heidi Lambach, the duo create intense, epic sonic landscapes and delicately written songs We caught up with Haap to ask them about their creative process, their production techniques and […]

We caught up with Haap to ask them about their creative process, their production techniques and what the future holds in store for them.. 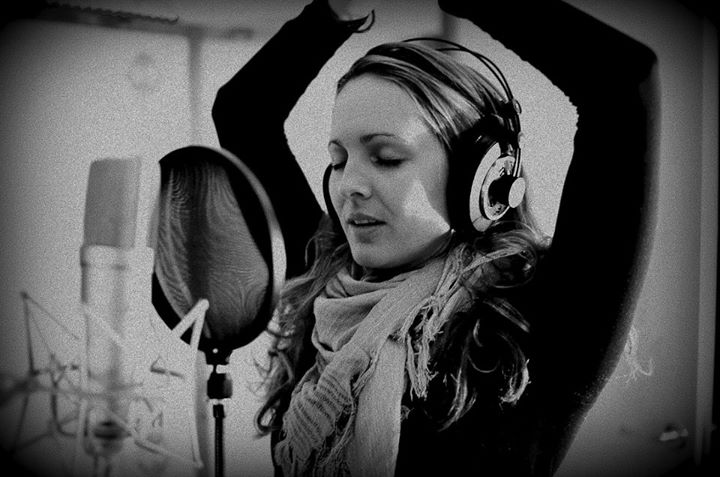 How did you first begin making music? and how did the two of you meet?

Jørn: We both have worked full time with music for the last few years, I saw Heidi as a participant on the TV show “Norway’s Got Talent”, and got a strange notion that I somehow, sometime would work with this girl who sang like an angel. Two years later she was booked into my studio as the voice in a radio commercial. In the lunch break we started talking about music, and both of us wanted to ask the other one if we could try working on some music together, but we were both shy… this sounds a little like two twelve-year olds with a secret crush on each other, and neither dares to talk to the other.

And in a way it was a little like that, a secret musical crush (if that makes any sense in English.) But thankfully, eventually we started working together, and we both were looking for a musical partner with the same qualities and interests. Since we are both theatre people by education (but both making a living from music) we were both wanting to write music with… let’s call it an extra dramatic flair.

Can you describe the music of Haap, and your approach to music making?

Conceptual could maybe be a good word to start with. The album we are working on is a concept album. There’s a story arc, recurring characters and even intermezzi that are there to propel the story forwards. The music itself is perhaps filmatic, electronic, prog’ish symphonic metal? It is very hard to define our own music, but we draw inspiration from film music, classical music, folk traditions from all over the world as well as older church music.

The structure of the music is perhaps were we are most “prog”. For example in “The Story”, there’s no verse-chorus-verse-chorus structure, but the song follows the emotional arc of a relationship’s painful breakup.

Most important to us is that this is music that we both love listening to, and we love making it. Haap is our free haven where we both have total musical freedom. It is big and dramatic with huge contrasts and large emotions. Hopefully this music invites you to get lost for a while in the world of Haap. 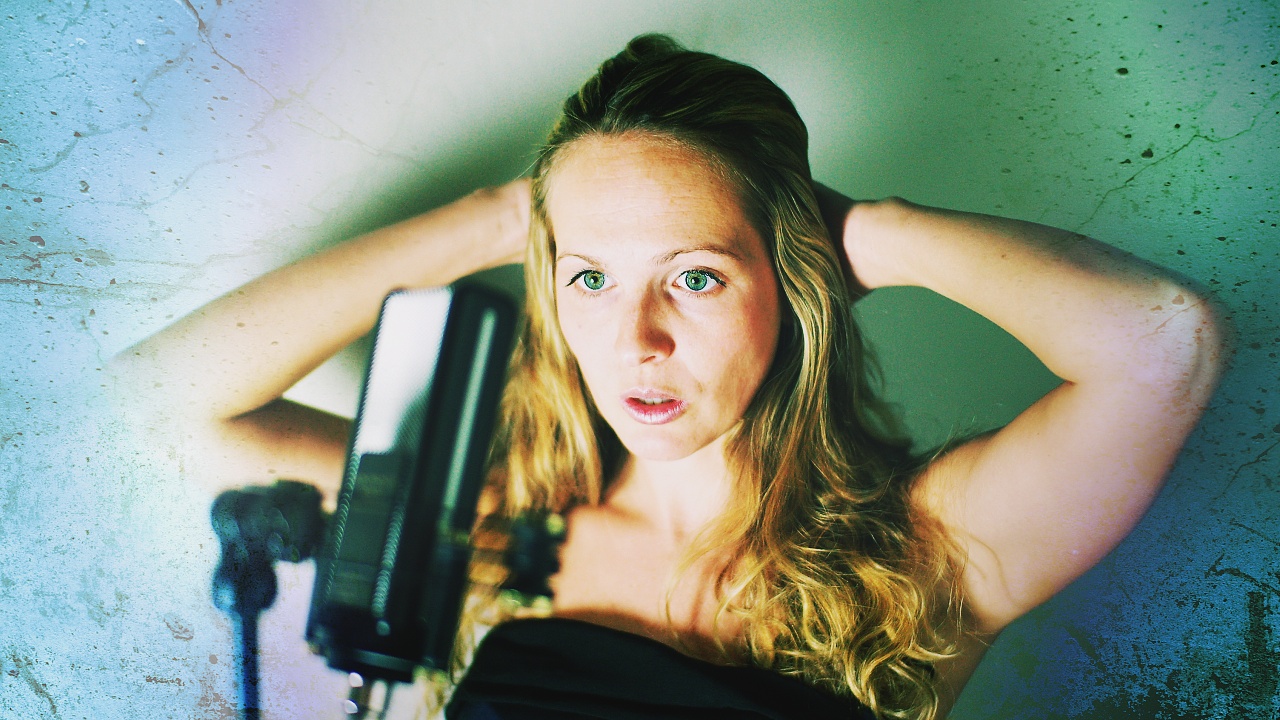 What software do you use for your recording purposes?

We work in Nuendo (5.5). We do write music for films, a TV-show, commercials etc and Nuendo is a very dependable platform for that type of work. So it is just a matter of using what we are used to. Heidi has Cubase on her laptop, and sometimes songs start their lives there.

How do the two of you write a new song from scratch? Is there a set routine or do things grow more organically?

I don’t think we have written two songs in a similar way yet. Ideas can come from any place, so maybe part of our “method” is to just be open to the ideas wherever they may come from. But we do improvise a lot as part of the development of the songs. Another typical thing is that the songs end up with way too many ideas in them, so a big part of the process is darling-killing at a later stage J When the song reaches around 300 tracks we know it is time to start removing ideas instead of piling on new ones.

What plug-ins or extensions do you use when producing new music?

Heidi: Camel Audio’s Alchemy is all over every Haap track. And there’s a sound we call the “Haap bass”. An angry, deep growling bass that sounds like a wild animal in a cage ready to escape and rip apart everyone that tries to stop it…. or something like that

Jørn: It’s an Absynth sound that goes through a special Camel Audio «Camelphat» patch that adds a ton of modulated distortion to make it wild and dangerous, and then it is «tamed» with heavy filter use. You can hear it for example in our song “Uena”. So lots of Camelphat, Camelspace, Alchemy and Absynth. The orchestra is typically EWQL Gold plus real flute (played by Heidi) and a real cello and a real violin mixed in.

We also use UAD plugins, mostly lots of 1176s and the lexicon 224 reverb. The UHBIKS by U-HE is also used on every song, both for “normal” mixing and the more creative bits. We also use the stock plugins in Nuendo a lot.

Some of the things in our songs that sound like electronic effects can sometimes be just Heidi and her incredibly agile voice. Like the stuttering choir effects in our song “Angeles” is all Heidi. We also do much of the sound design on the voices the “Enya” way, by layering Heidi’s voice on itself a ridiculous amount of times. 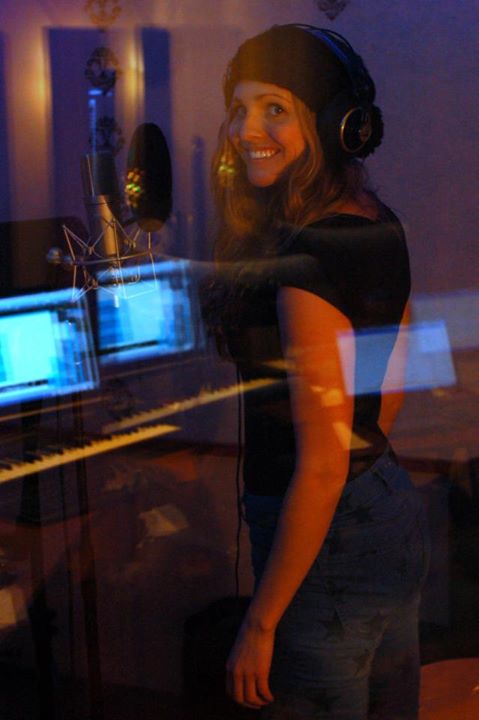 What has been the highlight of your career so far?

Jørn: Working with a singer like Heidi is in itself a dream come true. So every day working together is a new highlight.

Heidi: I agree, starting working with Jørn was incredibly inspiring from the beginning, and it still is. Jørn is a constant flow of new musical ideas, and I’m always excited to check my Dropbox and find new musical ideas by him in there. But a more specific highlight could be that we won an award here in Norway called Kulturgrunderprisen. That was a very welcome boost for us early on.

Which of your songs are you the most proud of?

Jørn: Oh, that is so hard to answer. We release every song as singles as they are done. We do this because we want each song to be “worthy” of having a life on its own. No room for “filler songs” on the album. And all the songs have a very specific place and function in the story on the album.

Heidi: Of the songs we have released so far, maybe “Uena” and “Far Away” are the songs that define “the sound of Haap” best.

Where did the name Haap come from?

Haap is a name Heidi has carried with her for years. We discussed it and agreed it worked very well for this band. Haap is old Norwegian for “hope”. So it reflects our influences from classical and folk traditions, and also reflects a core value in our music; We always want there to be a bit of hope in our songs, even the really dark and bitter ones.

What hardware and physical gear have you used?

We work in Jørn’s «Draum Studio», which is two really nice rooms (a control room and a good sized vocal room). The studio is part of Peaks Studiofellesskap, which is a studio complex of 5 studios.

We don’t use a ton of gear. Heidi’s vocal chain is usually a u87 – ssl preamp – lynx aurora – Nuendo. Sometimes we use some electro harmonix guitar effects as “external inserts” in Nuendo. Other than that, we mix in the box ourselves (since we have no budget). But we do send all the songs away for mastering, so far we have used Abbey Roads online mastering service.

The rest of the “Hardware” we use is Heidi’s collection of flutes from all over the world, and we also have a ton of percussion instruments that make their way into the songs. 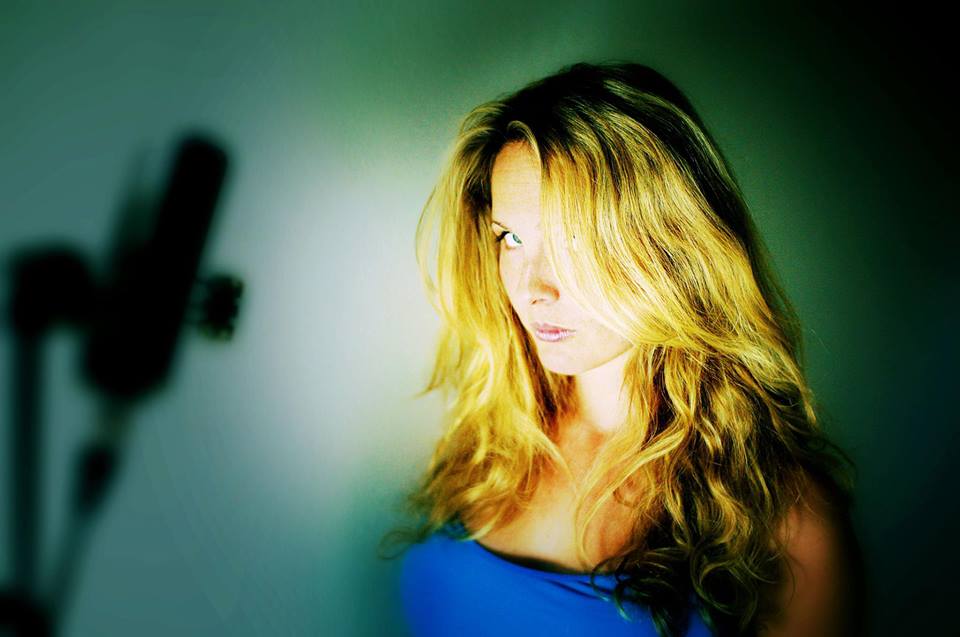 First of all: finishing the remaining songs for the album. The entire album should be done late this summer or early fall. It will be exciting to get the music out of the studio and up on stage.

The universe and the characters we have created for this concept album will remain with us for a few years. It is a musical world that we want to continue exploring. We already have enough material for maybe two more albums, so hopefully we will be in the “musical universe of Haap” for many years to come.

This album is done totally independently by us. Hopefully by the next album we will have some additional help, maybe from a label or management.

Thanks for talking to us Heidi and Jørn! For more info on Haap see the following links.