by MusicTech.net
#Gear of the Year 2018
Features

Here’s the category you’ve all been waiting for… Product of the Year! We pick the best hardware and software instruments that came out of 2018. 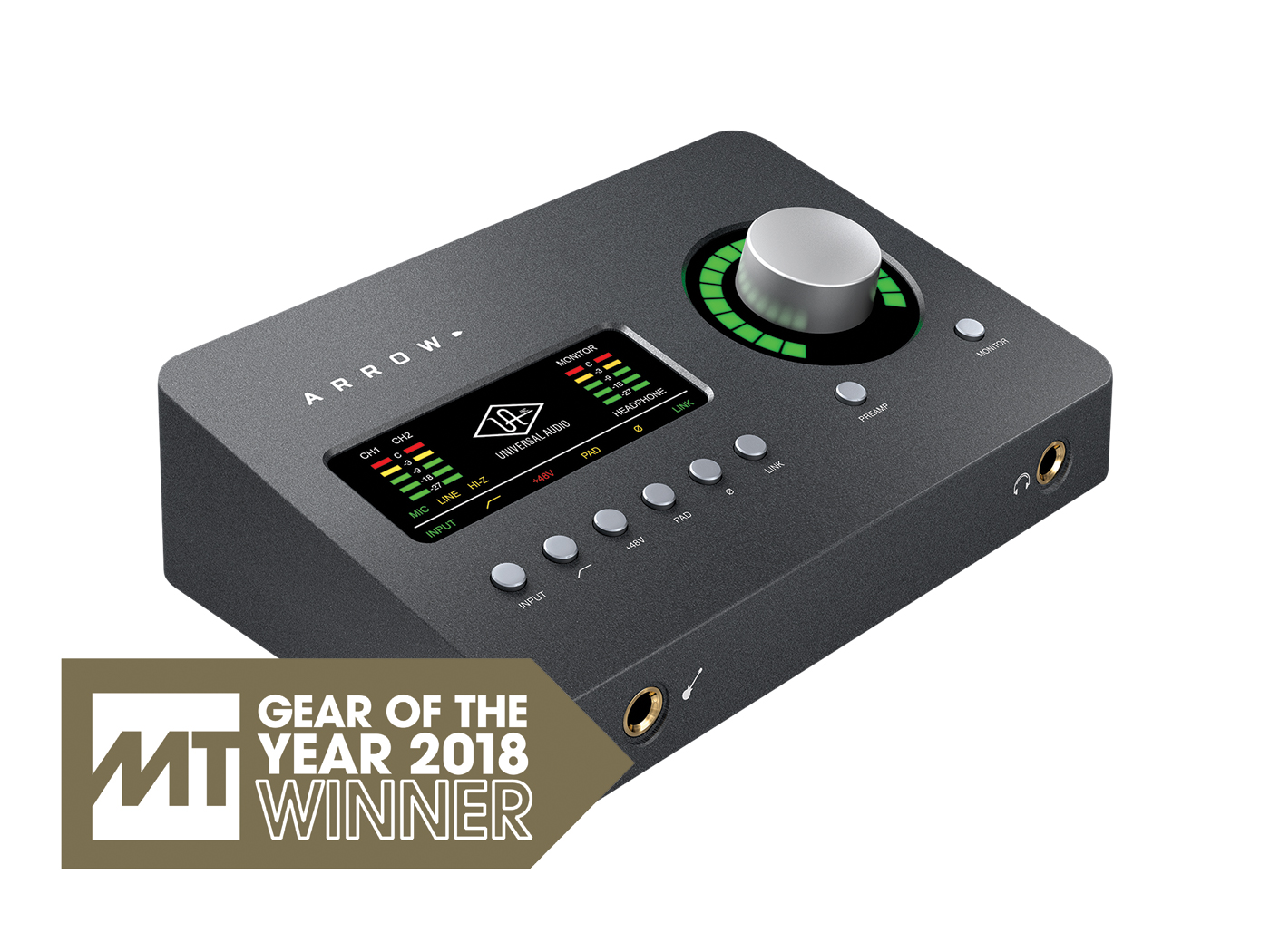 Okay, it’s Thunderbolt 3 so you might, like our reviewer, have to upgrade your computer (any excuse, in his case). However, if you do, then you’ll enjoy a powerful, fast-interfacing standard and, in Arrow, a great introduction into that high-end plug-in world without, as reviewer Andy Jones ably demonstrates, having to be a successful producer. Arrow is a simple interface, on the face of it, but does offer two unison mic preamps and, when combined with the aforementioned onboard plug-ins (Arrow ships with a bundle of 11), you get an exceptional signal chain.

“Arrow has been rock-solid in my tests and performs very well indeed,” said Jones. “The plug-ins are fantastic, offering a great taste of every corner of UA emulation. Arrow has certainly been a marvellous introduction to the UA world and those who want an ‘in’ won’t find any cheaper way. Those who require a great, well-built mobile interface should also take note. Vocalists get real-time effects while guitarists can thrash away with an interface that effectively doubles as a stompbox. Now we can see and hear what it is those top producers have been going on about for all these years. Arrow has hit the bullseye.” This is the hardware product readers loved the most this year… 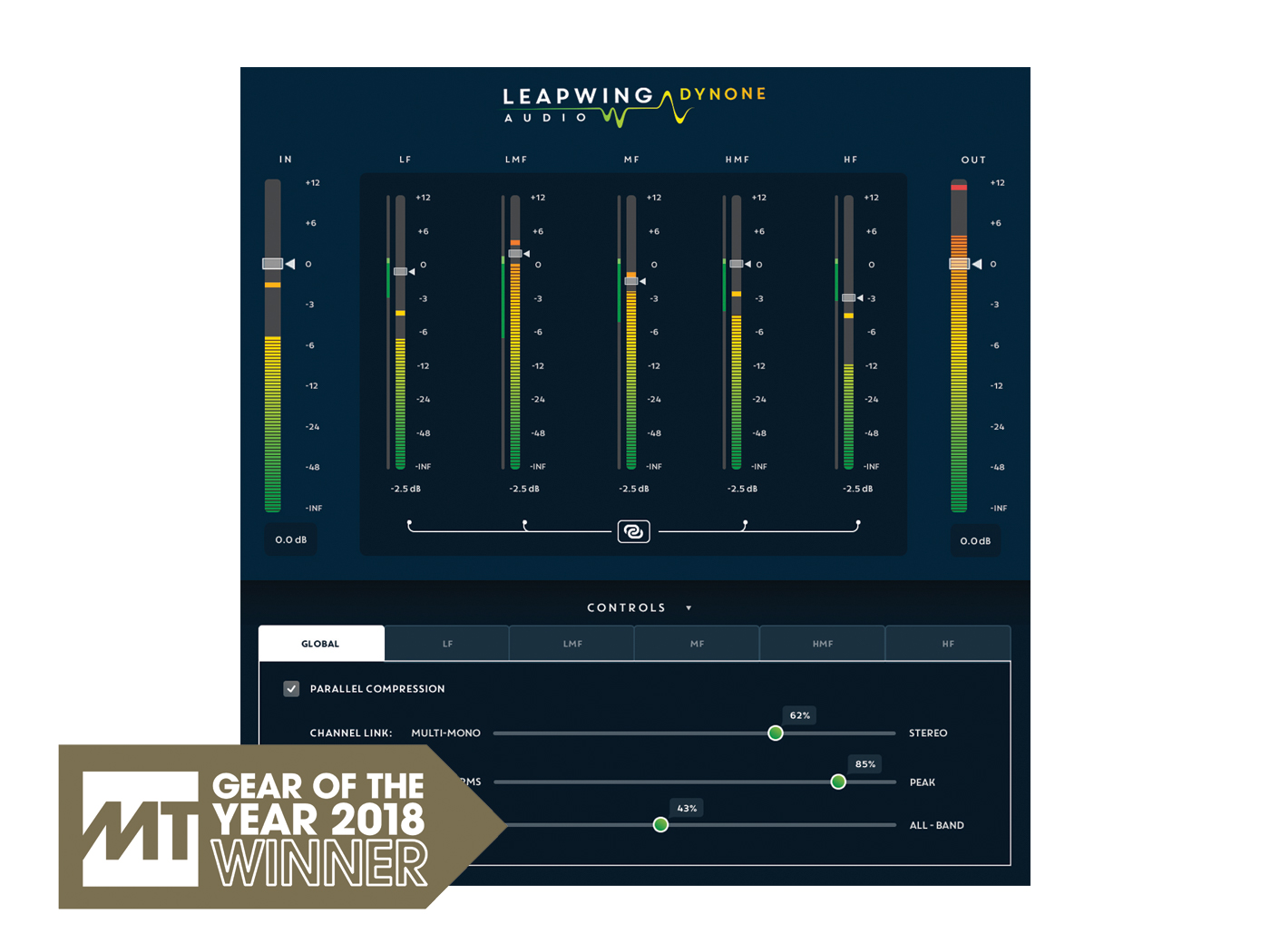 A bit of a curveball for our final reader vote, but one that very much proves that you lot have been in the driving seat for these particular Awards. Normally, the Software Of The Year accolade would go to something all-singing and all-dancing such as Reason, but this year – and hats off to you – it goes to an (albeit very flexible) compressor. And, when all is said and done, Leapwing Audio’s DynOne really is quite a compressor…

Part of DynOne’s appeal is that it employs both powerful multi-band compression and more subtle parallel compression. The best bit, though, is that you can employ either or both very quickly and to great effect, as Alex Holmes discovered. “Straight off the bat, we were able to load a mixbus preset that added some excitement to the top end and controlled the lows, and adjusted each fader to taste, giving us a great-sounding result in less than a minute!”

Another great advantage of using DynOne is thatit can be equally as useful in both the mixing and mastering processes, but it really comes back to the speed of use, and the quality of the results. If you want to transparently increase an element or mix – especially if you’re working on acoustic, orchestral, dialogue or more nuanced, subtle music – then this is a superb and highly flexible tool. We really enjoyed our time using DynOne. One of the things that really stands out is the speed with which you can get really great-sounding results, and by combining such filters and compression with the ability to balance separate bands, it does the job of several plug-ins at once.”