Gear Of The Year 2017 – The Best Software Effect/Utility

We’d love to nail every recording, every time, but sometimes, tracks need a little fine-tuning. To do that, we turn to the best software effect/utility… Winner – iZotope RX6 Price RX 6 advanced £939, RX 6 Standard £315, RX Elements £99 Contact Time+Space 01837 55200 www.timespace.com, www.izotope.com Now this is getting a bit boring. RX […] 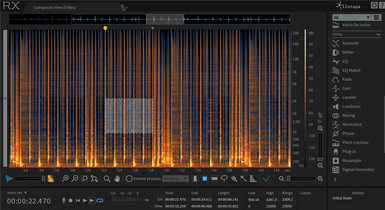 We’d love to nail every recording, every time, but sometimes, tracks need a little fine-tuning. To do that, we turn to the best software effect/utility… 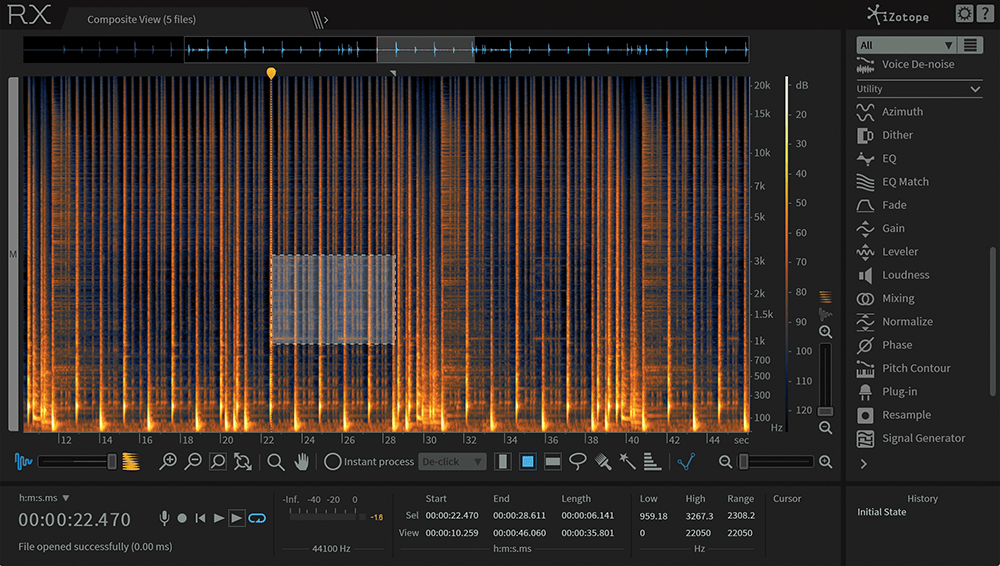 Now this is getting a bit boring. RX has won this category seemingly forever, so either there are a lot of MusicTech readers working at the company, or you lot recognise the brilliance of this audio-editing software. It’s obviously the latter, as that brilliance lies in the fact that RX can sort out pretty much all of your audio problems. It specialises in removing distortions and clicks, but can now even get rid of more advanced issues such as excessive reverb.

The most advanced version tackles other more obscure problems, with features including De-rustle, De-wind and Dialogue Isolate. While some of its features might be more oreintated towards post production than music production, the standard version of RX6 does come with more features for the musician, including Composite View (for multiple mic recordings) and De-bleed (to remove click tracks).

“The real game-changer is the number of new modules also added to RX6 Standard,” said reviewer Mark Cousins. “These will undoubtedly pique the interest of the more ‘occasional’ music user.

Certainly, having access to RX has fixed a wealth of audio problems I’ve been presented with throughout the years, so it’s great to see the application being even more accessible to music users, as well as addressing their specific audio-restoration needs.” He concluded: “iZotope’s RX 6 is now an essential tool for both music and post production, and has matured to be a dependable and highly useful audio editor.” 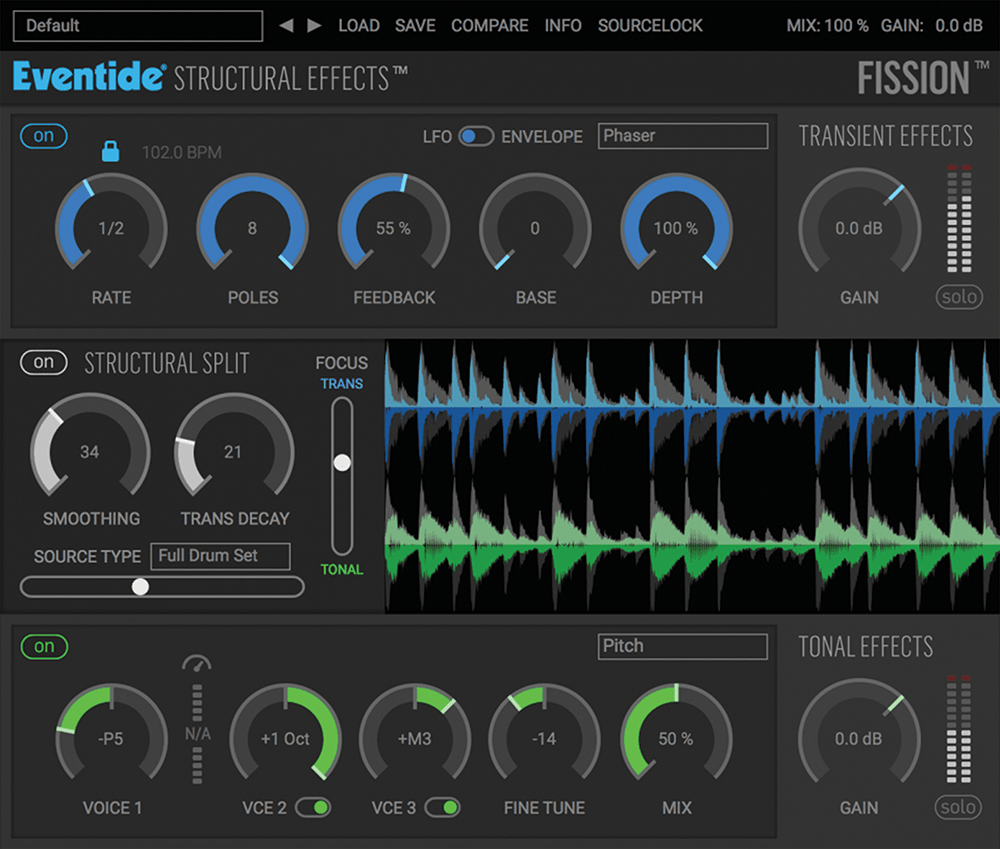 Eventide Fission software can split any sound into two component parts called the Transient or Tonal. The easiest way to understand these is to use a vocal as an example. The Transient is the ‘p’losive, consonant or husky component, and the sustained tonal components are the Tonal. Fission takes both parts, independently mangles them and then recombines them for a new sound.

“There’s plenty to get stuck into,” said reviewer Marc JB. “Fission’s presets are very creative and usable and there are plenty of ‘vibey’ patches to inspire your sound. It’s fascinating to solo the different components of the sound, to hear the Transient ‘sizzle’ of the snare and the ‘growl’ of the vocal separate from their gentler Tonal components. In summary, Fission works great on drums, bass, guitar, synths, loops, vocals, kazoo… anything you throw at it.”