In the first of an occasional series of interviews with new bands, we talk to Dave Fawbert from new band EKKOES about producing their first album Elekktricity and touring with none other than The Human League… We get so many requests from bands asking us to interview them at MusicTech that we’ve decided to relent […] 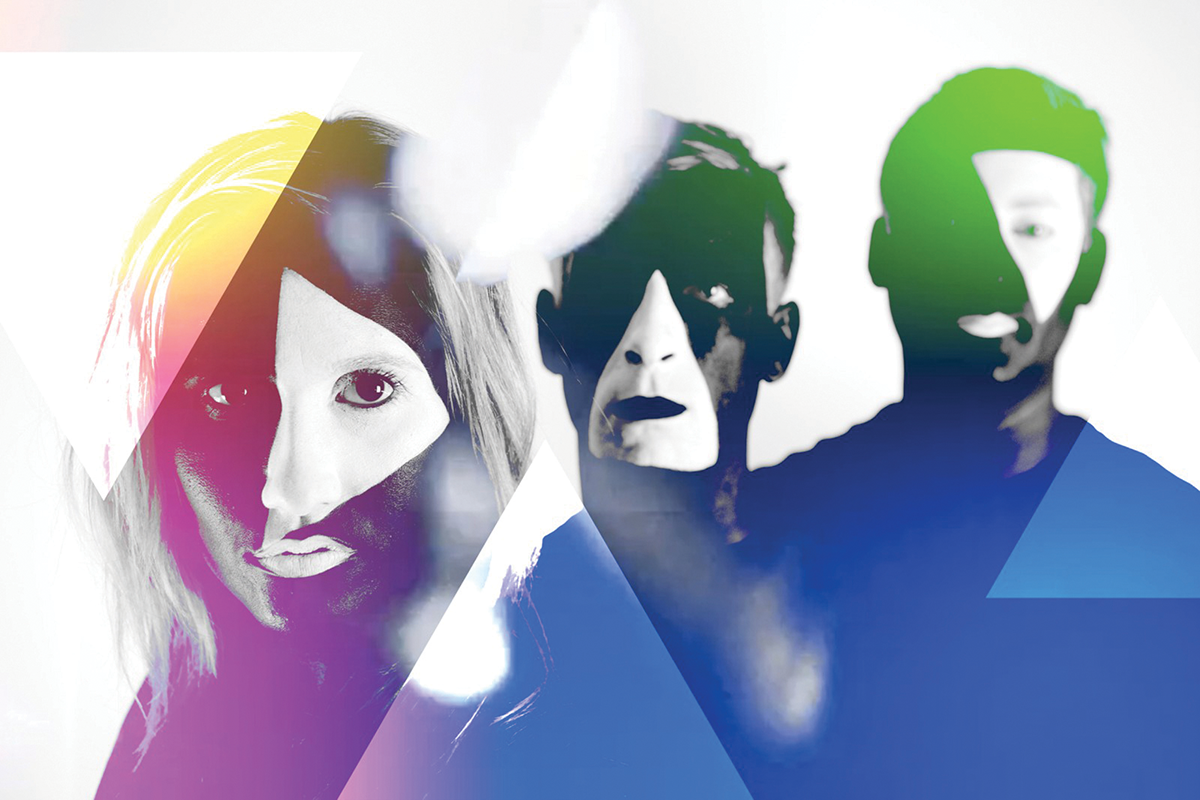 In the first of an occasional series of interviews with new bands, we talk to Dave Fawbert from new band EKKOES about producing their first album Elekktricity and touring with none other than The Human League… 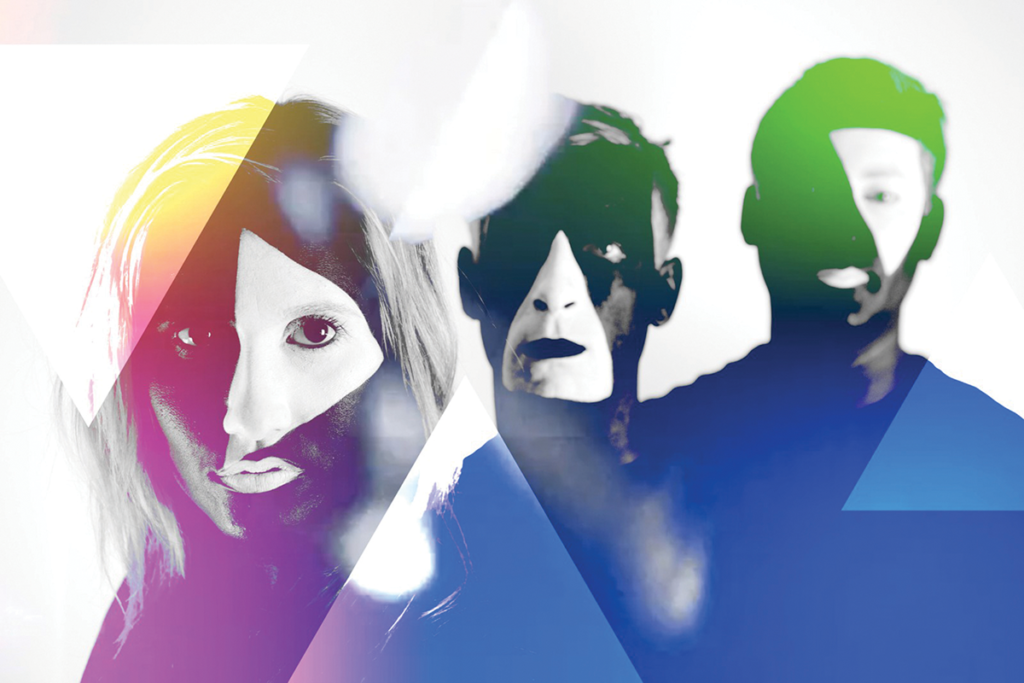 We get so many requests from bands asking us to interview them at MusicTech that we’ve decided to relent and let some of the new talent shine through! So, without further ado, here’s a brand-new feature in MusicTech, called First Cut, where we open our studio doors to new bands and get them to reveal all. For this first outing, we have the UK-based act EKKOES, a trio comprising singers Jon Beck and Rosalee O’Connell, and Dave Fawbert on keyboards, guitar and programming, and whose debut album Elekktricity is out now…

MusicTech: So tell us about EKKOES… Where did you come from and where are you going to?

Dave Fawbert: I’ve been making music ever since I was about five – with the piano first, then bass, then guitar. I was lucky to learn the piano, as it gives you such a great overview of the whole musical range of things; you can visualise your top, mid and low range of notes quite easily.

My most ‘natural’ instrument is definitely the bass, though, and this – again – helps on the production side of things. You’re used to being the bedrock of the sound and watching how others build on top of it, and it’s rare that you’re the focus of things, so you’re more concerned about the whole thing balancing (unless you’re playing funk, then all bets are off).

There are a lot of great producers who are bassists at heart – Mr Trevor Horn of course being one of them. But after a spell in the industry as an A&R scout, where I learnt a lot about production, I started producing for my own band, EKKOES, and after a lot of hard work, here we are, about to release our debut, self-produced album.

DF: With EKKOES, I’d like to think our stuff is epic, dynamic, warm, instant, but detailed. It’s perhaps not so fashionable in most electronica, but when things go big, I like them to go epic – it’s hard to beat M83 for an example of this style.

Dynamics are all-too-often forgotten in these days of brick-wall mastering, but the quieter you can afford to go in some sections, the louder others will sound. I’m a pop writer at heart, so something being instant is crucial, particularly in these days of limitless choice – you have to grab the listener and grab them quick. But you should never forget the detail, too. This is what will keep people coming back to those songs time and again. That little part you didn’t notice until the 25th listen: those parts are important.

MT: How does a typical track come together?

DF: You can never say for sure where something will come from – it could be a cool verse melody, it could be a massive chorus hook, it could be a keyboard riff, it could be a chord sequence or a bassline. I do find that rhythms always seem to bring something out, though – so I usually just trawl through for a cool drum loop, get it going and then see what happens. Once you’re off, you just keep going until you reach a dead end and hopefully, that comes once you have a full song rather than just one section!

MT: How do you approach the role of producer in the studio?

DF: These days, there is no definition. It’s whoever can make a track work – however you do it! If you pick the right four bars of the right track to sample and simply loop it for three minutes and everyone goes nuts, then all power to you! You don’t need to be technical to be a great producer, you just have to make great music.

From watching others and the experience I have, being a producer is a simple job: it’s about getting the absolute best out of every musician, making them all feel involved and inspired, adding your own spin when required, and leaving the hell alone when required. Sonically, it really depends what you’re working with. Sometimes, perfection and constant refinement is what is needed; sometimes you need that raw, edgy energy. The most important thing is to always get on with people, and to make a good cup of tea. No studio functions without it.

MT: What would you say your input is within a typical project?

DF: With EKKOES, I’ll come up with a 75-per-cent finished backing and an idea for a chorus melody at least, and then take it to the other guys for them to come in and give input into arrangement, lyrics, melody and the general feel.

Our singer Jon is very good indeed at being honest on whether something’s working or not, or whether something needs to be better. We’re very hard on ourselves – you have to be with the competition out there.

Other Gear Used by EKKOES

MT: Tell us a little about the most important parts of your studio setup…

DF: I came into production and programming very late on – I was always more of a performer and arranger – and I didn’t even learn MIDI until seven or eight years ago. I started on Cubase on the PC before changing over to Logic on the Mac. Cubase is far from the coolest workstation these days, but it had some great sounds on the in-built soft synths.

MT: What are your favourite sound tools – synths, guitars etc – and why?

DF: All instruments should be considered. You just never know until you’re knee-deep in a track what’s going to work, sonically, but obviously for EKKOES, synths, programmed drums, guitars and percussion are our bedrock. The Embracer soft-synth pad on Cubase was utterly epic, and on Logic, Blue Carpet is a constant go-to for that soft layer of melancholy. Waves

Element is very powerful and then there’s the soft synth Crystal, that has got some great bonkers sounds for ear candy. I love that combination of the sleekness and precision of electronics with the ‘humanity’ of guitar work, so I always use guitar where I can – and you should never forget the range of timbres and sounds a guitar can make: palm-muting/picking/power chords and all the rest. Treat it like a synthesiser in its own way and you might be surprised with the results. Also, arpeggiators give energy to everything. 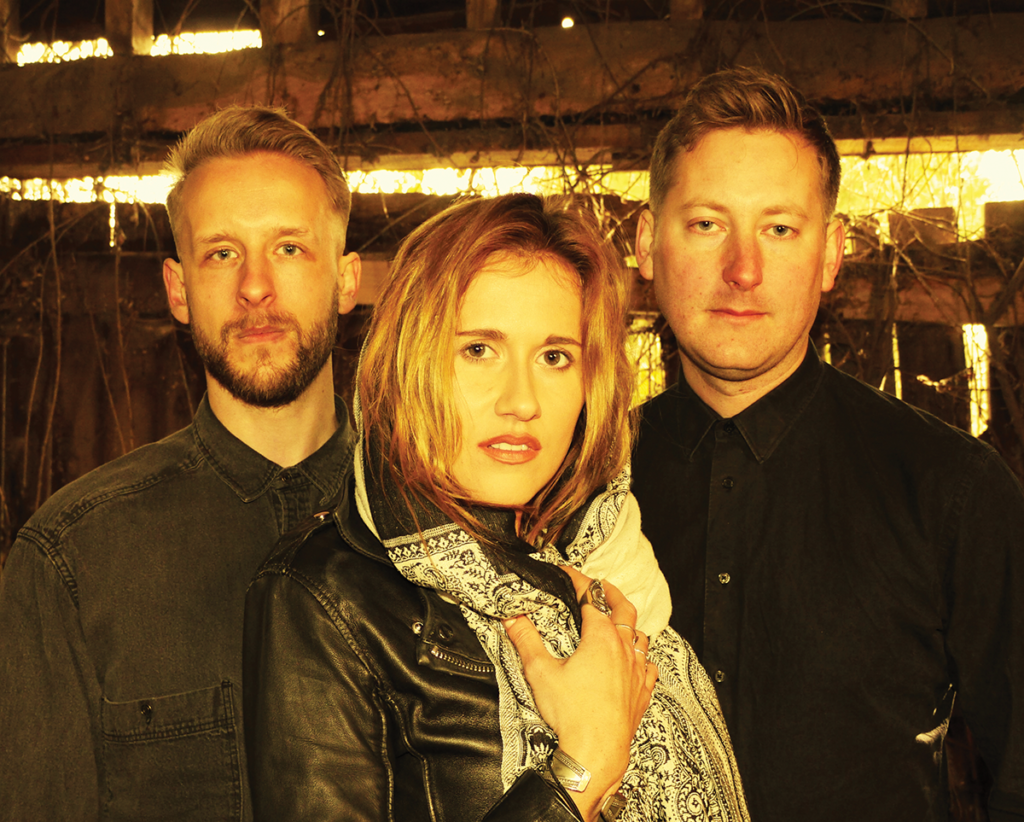 MT: And for outboard, what hardware or software effects do you use?

DF: I like to mix as I’m going along – if it sounds good already, it’s more likely to inspire you into a bigger performance of the next part – so I like to have a good arsenal of mix tools at hand. The CLA Waves series is basically one-click sparkle and Waves Vitamin is an incredibly simple and easy way to add ‘oomph’ and sheen to your sound.

MT: What is on your wish list, studio-gear wise?

DF: Just ever more plug-ins, of course! But really, I have so many already that I’ve only scratched the surface of them, and it’s better to fully control and understand a small number of tools than to have thousands that you don’t really use properly.

DF: It’s genuinely staggering to me to see how powerful and affordable home-studio tech is these days. It’s not so long ago an eight-track tape recorder was the most anyone could aspire to without spending thousands of pounds a day. While things can always improve, tech-wise, it’s really a case of what you do with all this magic at our fingertips now.

MT: What top advice do you have for working in the studio and making music?

DF: Never, ever underestimate the importance of fresh ears. The amount of times I’ve left a mix at 3am thinking it’s the greatest production since Welcome To The Pleasuredome, then woken up in the morning to give it one last listen and it sounds completely different – usually a lot worse than I remember. And that’s because when you’re mixing, you get lost in the minutae of it all, pretty much missing the wood for the trees.

Put in the work, but equally, take rests, take time away, and come back to things. Don’t rush the process. Also, never forget the power of a good tambourine, for instant chorus energy; or triangle loop, for ear candy. Motown pretty much built an empire on tambourines.

MT: And what advice do you have from your experiences so far in the music industry?

DF: Edit, edit and when you think you’ve finished editing, edit some more. The amount of demos I used to hear that had long intros and long gaps between sections that were just unnecessary – people just don’t have the time, so they’ll switch off before they get to the good bit.

With every bar, you have to ask: ‘Does it need to be there? Is it adding anything to the song?’ Remember, most of the listening public relate to the vocal, so don’t have indulgent
instrumental sections unless absolutely required. I’ve edited so many songs down the years from 4:30, or 5:00 down to 3:20, and they’ve lost nothing in the process – in fact, they have often gained, because they’re punchier, more to-the-point and more impactful.

MT: Tell us about the new EKKOES album?

DF: Our debut album is called Elekktricity and we’re very proud of it. It’s taken us a long time and, as I mentioned earlier, we wanted to create something instant, but with depth. There are hooks and strong melodies throughout, it’s sonically epic and varied, and – we hope – underneath it all, the songwriting is strong.

We really wanted to create something long-lasting and with quality: something classic like Pet Shop Boys’ Please, or something more contemporary like the last, brilliant, Tegan And Sara record, Heartthrob.

MT: What do you have planned for the band in the near future?

DF: The album was out early May, and we’ll be doing a few shows over the summer and then, in the Autumn, we’ll be touring Europe and the UK with The Human League, which will be pretty special – we can’t wait for that!

MT: How did that come about?

DF: It was as a result of us sharing management with the band, so we were quite lucky. Our manager Simon has managed them for quite a while and we were so impressed with the way they’ve become, rightly, an absolute beacon of songwriting and soundcraft, and pioneers for almost everyone who loves electronic music – they’ve always stayed cool and respected.

Simon heard our music, came to see us at a gig and then offered to take us on, which we accepted. The Human League don’t tour often though, so it didn’t come up for a while, but obviously when the dates started getting pencilled in, we put ourselves forward, and we’re honoured to have been accepted on to do all the UK shows and even some of the European ones too.

It’s going to be crazy – Human League fans should be a perfect fit for the sort of stuff we do, so hopefully, we can convert a good few of them into fans. And the Sheffield homecoming show should be particularly special, of course…