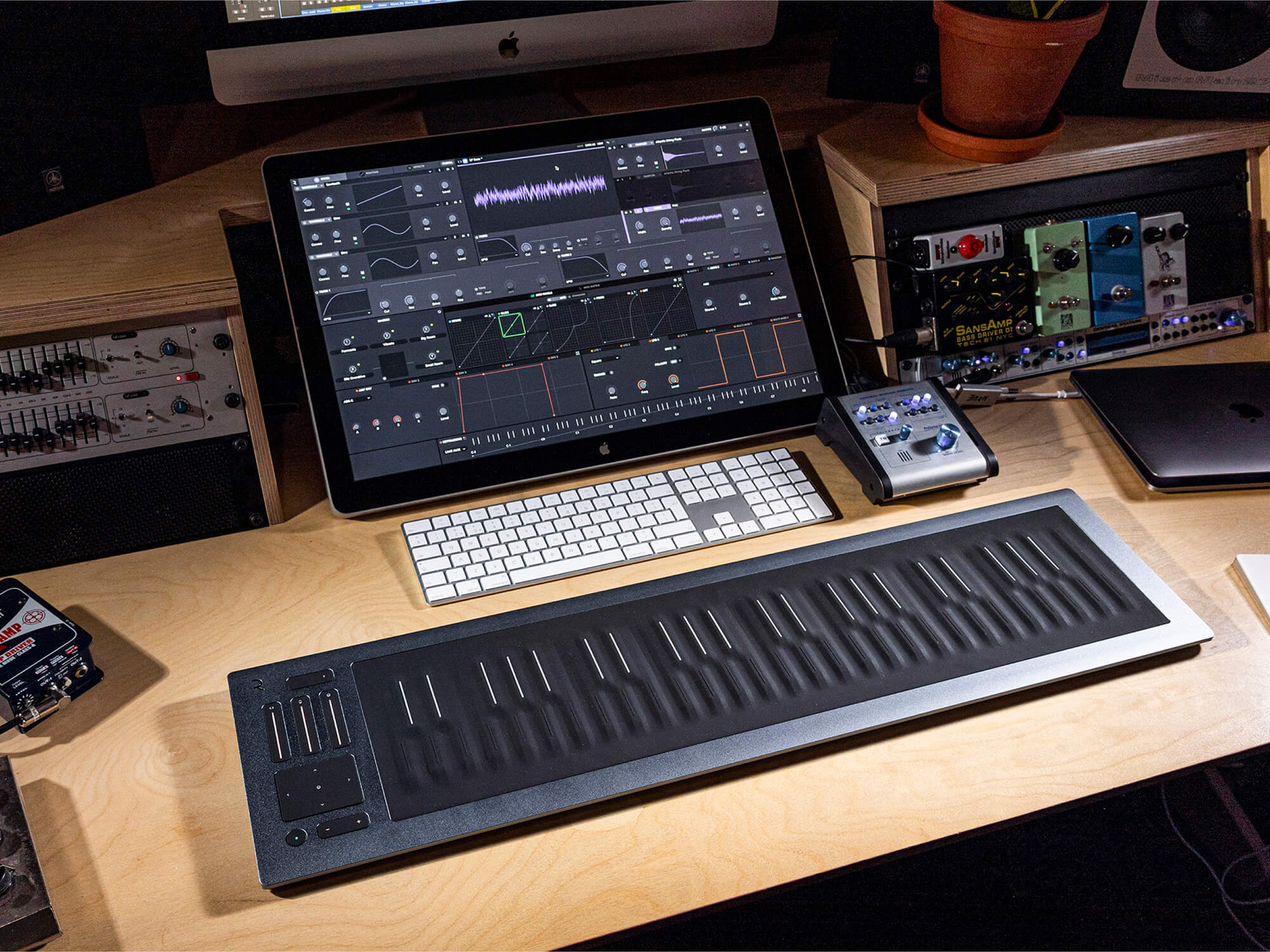 ROLI Seaboard RISE 2: Everything you need to know about ROLI’s new MPE keyboard

ROLI’s new 5D Touch MPE MIDI controller keyboard has had an upgrade making it more user-friendly and streamlining its connectivity. But that’s not all that’s new…

ROLI released the first Seaboard in 2009 and the Seaboard RISE in 2015; two advanced MIDI instruments that took a totally new approach to performance and control. Harnessing the power of the then-fledgling MIDI Polyphonic Expression (MPE) standard that provides five dimensions of physical control rather than the simple keypresses of regular MIDI keyboards, the Seaboard found high-profile power users in Hans Zimmer, AR Rahman and will.i.am, among many others.

The company underwent changes in 2021 and re-emerged as ROLI Luminary, developing the LUMI system to help budding musicians learn keyboard skills. Now, ROLI has returned to the fray with a brand new version of the Seaboard, a refined and expanded hardware unit backed up by some serious software. Founder Roland Lamb believes this will help to cement MPE as a technology that will play a pivotal role in everyone’s music-making for years to come.

ROLI has left the 25-key version in the past, deciding that 49 keys offer the optimum balance of creativity and portability.

The instrument now has a burnished platinum blue aluminium chassis, as opposed to the simple black of its predecessor, and while it retains an internal battery for eight hours of use, the old power socket and USB-A ports are now replaced by a single USB-C port that handles all power and data needs.

You also get a 3.5mm MIDI port for connecting to the ever-increasing number of MIDI-triggered hardware synthesizers that have come to occupy our studios, and a pedal input for yet another layer of control. Seaboard RISE 2 retains the touch fader hardware controls and MIDI-over Bluetooth functionality from its predecessor.

The Seaboard’s most unique – and noticeable – feature is its non-standard playing surface. In the new model, ROLI has addressed what it felt were some of the shortcomings of the previous iterations. In short, the potential for the player’s fingers to slip off the surface when playing, and difficulty in discerning exactly where on the surface your fingers were landing.

Roland Lamb explains: “One of the more challenging aspects of playing Seaboard is control of the movement of your fingers across a deeply expressive playing surface. Unlike a piano, it is possible for one’s fingers to slip off of the keys or become disoriented and unintentionally alter pitch.

“In designing a solution,” Lamb continues, “we took some of the advances we made with the Seaboard Block surface shape and also looked to other instruments that have relatively expressive gestural control, especially string instruments where continuous pitched playing creates profound expressiveness but also real challenges associated with playing in tune.”

“The result is Keywave2, and what we feel is the most approachable, easiest to play interface we’ve ever made. It features precision frets – small embossed lines of silicone down the centre of each key which, like a guitar’s fretboard, serve as a motor-sensory guide. We’ve also broadened the surface and articulated the shoulders of each keywave to further improve register.”

This new keyboard feeds more tactile information back to the player. Now, they are more aware of what their fingers are doing, rather than relying on auditory cues to guide them. The fact that it was developed in close collaboration with leading professional keyboard players, and fantastically-named Seaboardists, should reassure anyone who may have found the previous instrument harder to get used to.

ROLI’s Danny Siger told MusicTech: “We designed RISE 2 to provide keyboard players with an intuitive way to add a level of expression to their music that wasn’t previously possible. It’s easier to play than any previous Seaboard, translating directly to the existing skillset of a keyboardist, while adding extra expression through instinctive, natural gestures.”

Seaboard RISE 2 is, of course, a controller. And as such, it needs sounds to trigger. This can be any MIDI software or hardware, but ROLI includes some specialised tools of its own to run on your computer.

An enhanced ROLI Dashboard application lets you tweak and configure your instrument, with precise settings for every control and parameter including 5D visualisers to help you get the most out of the advanced hardware.

The five dimensions Seaboard uses are called Strike, Press, Glide, Slide and Lift, and you can read about how they work in more detail here.

ROLI’s impressive software synthesizer, Equator 2, usually costs $249 / £199 but is bundled with Seaboard RISE 2 and runs as a standalone or plug-in instrument. It’s a hybrid synth built specifically for MPE and excels not just at creating a near-infinite range of musical sounds but also at sound design, with over 1,400 world-class presets both for MPE and conventional MIDI controllers.

ROLI Studio is included, too – a multi-faceted platform for generating new sounds and ideas – along with Ableton Live Lite.

Keywave of the future

Since the Seaboard’s debut, MPE has gradually gained support by many of the big players in the music tech world. To name but a few; Apple Logic Pro, Ableton Live, Steinberg Cubase, Bitwig Studio, Native Instruments Reaktor, and all of ROLI’s own applications.

As we demand more of our tools, the ability to go beyond conventional MIDI controls is more vital than ever. MPE helps us not only be more creative but also streamline our workflows.

One such example is being able to record multiple dynamic changes and modulations as automation all at once rather than separately. You can read more about how MPE works here.

The list of hardware controllers that support MPE is, outside of the Seaboard range, relatively esoteric. And few, if any, offer as comprehensive a level of control in a way that is familiar to keyboard players as the RISE 2 does. Seaboard RISE 2 is seemingly the most user-friendly way to take advantage of the creativity offered by MPE, especially when paired with Equator 2 and ROLI’s other software.

By addressing what it identified as potential barriers to entry with Seaboard’s playing surface, and also upgrading the instrument’s inputs and outputs, ROLI aims to make Seaboard 2 an invaluable part of your creative toolkit.

Siger concludes, “RISE 2 is the best Seaboard we’ve ever made. It takes into account everything we’ve learned about making Seaboards over the past ten years and carries forward the best elements of our previous designs.”

Seaboard RISE 2 costs £1,099 and is currently available for pre-order on roli.com.