With the release of the UNO, IK Multimedia is delving into the realms of analogue hardware to produce a synth we can all afford. MusicTech has an exclusive chat with UNO’s designer, Erik Norlander, a man who’s no stranger to classic synths. Over the last 40 years or so, the history of the synthesizer has […]

With the release of the UNO, IK Multimedia is delving into the realms of analogue hardware to produce a synth we can all afford. MusicTech has an exclusive chat with UNO’s designer, Erik Norlander, a man who’s no stranger to classic synths. 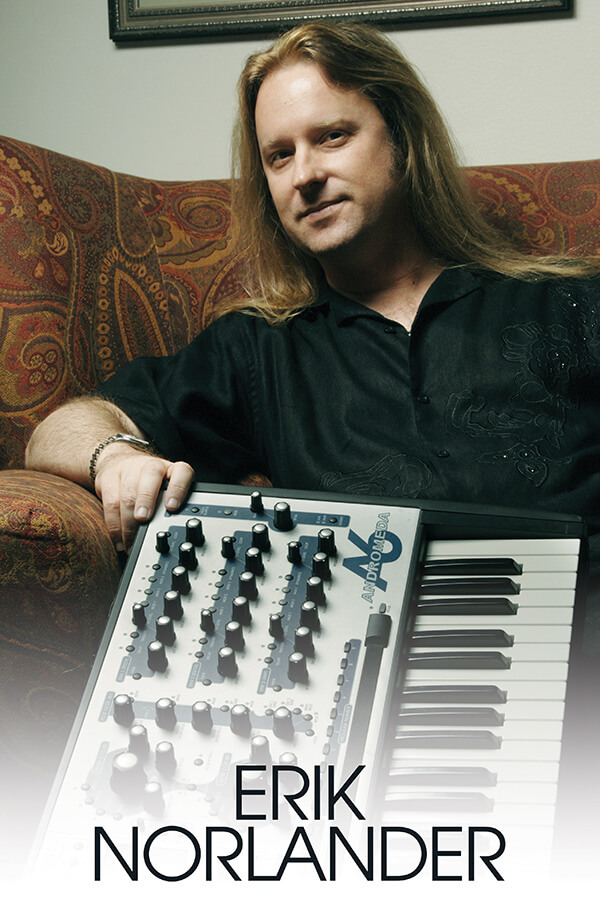 Over the last 40 years or so, the history of the synthesizer has been crazy. From the analogue beauties of the 70s and 80s, we’ve seen the world go digital, then go software, and then go modular and analogue again! It has been dramatic, to say the least, with seismic shifts in fashions, sounds, prices and trends.

It’s fair to say that, at present anyway, we are living in the ’anything goes’ era of the synth, where there are perhaps as many people enjoying the new era of hardware analogue synths as there are those using digital soft synths. It’s a time where perhaps hardware and software sit side by side in a kind of synth harmony.

Yet the fact that people love synths in hardware form is still surprising given what software can achieve, and it’s even more surprising when a company known for its software suddenly decides to bring out a hardware instrument like IK Multimedia is doing with its first foray into analogue with UNO Synth.

IK is not the first software company to do this, however. Arturia was a company that initially forged a path in software, with recreations of analogue classic synths, but now, of course, has an entire range of ’Brute synths, and very good they are too.

No-one really expected IK Multimedia to follow suit but, at this year’s Superbooth, the company stole the Berlin show by announcing the UNO Synth, a two-oscillator analogue with a 27-note touch keyboard, built-in sequencer, arpeggiator and effects. It’s ultra portable and easy to program, but the best bit is the price tag: just €244!

Erik Norlander is the designer behind the synthesizer and something of a guru of the synth world, having helped voice the legendary Alesis Andromeda. He is also a composer and producer in his own right, notching up more than 40 album credits, including nine solo LPs, plus seven releases with his Rocket Scientists project.

He has taken some time out to give MusicTech an exclusive interview about the UNO and his own thoughts on where the synth market is currently, and indeed where it’s headed…

How did you get into synth development?

I started playing piano when I was eight, and I played my first synthesizer when I was 15.

The piano had become boring by then, but hearing the sound of an analogue synthesizer live and in person really inspired and invigorated me. I started playing synths in bands in high school and eventually got into session work, even playing music for commercials and TV shows, and then making albums and touring as a professional musician in my 20s.

Around the same time, I was asked by Alesis Studio Electronics to supply some samples for their first synthesizer, the QuadraSynth. I gave them some great stuff, but then they had a lot of personnel changes at the company, and the guy who was leading the synth development left.

So they ended up releasing the product with no real vision or understanding of the synth world and, of course, it bombed terribly. But Alesis came back to me and asked me to help them fix it, and that was my first official job in the industry, to create what became the QuadraSynth Plus Piano in the mid-90s. 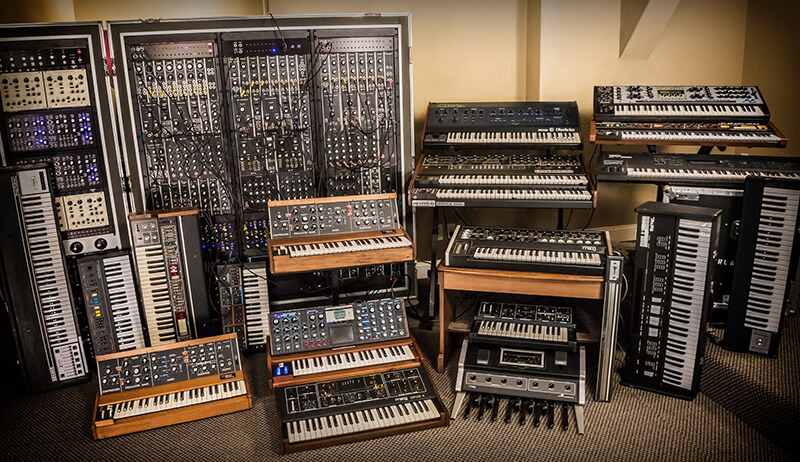 From there we made the Alesis QS series, including the super successful QS8, some drum modules like the DM5 and DM Pro, and then, of course, the legendary Andromeda 16-voice analogue poly synth, the crowning achievement of my time with that company. I was lucky to have done all that before I was 30 years old!

That’s amazing. So how did you get involved with IK?

I met Enrico Iori, the owner and founder of IK, in 2010. I was super impressed by his design skill and his overall vision – it reminded me a lot of Keith Barr, the founder of Alesis. These kinds of guys are a very rare breed and you only get to meet a few of them in your lifetime, if you’re lucky! We became friends, and eventually he asked me to come and work for him, basically an audition to see how I could fit into his world. Honestly, it wasn’t easy at first as we both have strong personalities and are very committed to our own philosophies. Sometimes that put us at odds, but eventually we got into a great sync.

Last year we released a product called Syntronik, a virtual instrument based on my own extensive synth collection, with samples that I had recorded over 20-plus years along with IK’s amazing modelling technology. I knew exactly what had to be done, and IK had the power and infrastructure to realise the vision. The Syntronik synth paved the way directly to the UNO Synth.

It’s pretty obvious that Erik has a vast amount of love for his classic synths, but which current models from other companies does he admire? 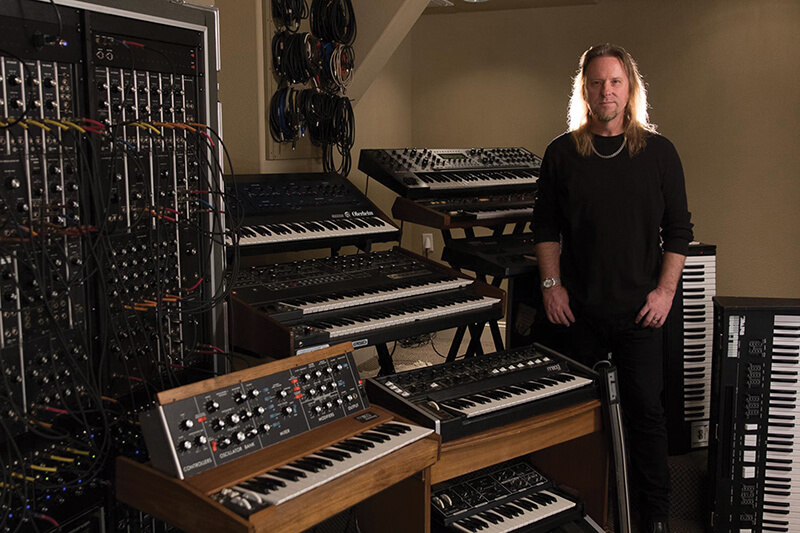 “On the digital side, the Yamaha Montage (and its predecessor, the Motif) are incredible instruments,” he says. “They have taken everything that we dreamed about with sampling technology and digital effects and put it into a super-smart, super-reliable package. They are modern classics. On the software side, I think Spectrasonics Omnisphere is a masterpiece. It is real, living sound design with a lot of soul.

“Then, on the analogue side, the Sequential Prophet-6 is a pretty incredible creation. All of the discrete electronics in it really make a difference in the sound compared to so many other instruments. The Arturia mono synths are also quite clever and elegant – bringing back the Nyle Steiner designs was an inspired move, for sure.

“Then I don’t know if you can’t count this as ’current’, but the Korg remake of the ARP Odyssey is also quite incredible and beautiful sounding. They did a wonderful job with that.”

How did the UNO Synth evolve from there?

Enrico and I discussed synths a lot. He wanted to get into that world, but he comes from the guitar and recording side. I told him a lot of stories about the Andromeda and various other synths I had been involved with, and he was really intrigued. He asked me a thousand questions and really listened to the answers. Soon he had build up an impressive understanding of synthesizers and what he felt was important for each one.

He said to give him a starting point with only the essential controls for a low cost, portable synth. So we drew out the 4×4 programming matrix and of course the dedicated cutoff frequency knob. We then fleshed out the other features from there, and Enrico of course applied his aesthetic design sense to the whole thing to tie it into the greater IK product line.

If I had told you a year ago that IK Multimedia would make a real analog synthesizer, you may have laughed! But now that you see the UNO Synth design, it makes perfect sense and is in the spirit of IK’s mobile hardware like the iRig and iLoud products. We have designed the analog synthesizer for everyone.

So do you believe the final result fits the initial brief?

We set out to create a super-portable, but high quality real analogue synthesizer that you could take anywhere. The Minimoog was a great inspiration but, of course, a Minimoog is not so mini! We looked at what made the classic synths great, everything from the envelope shapes to the saturation style to the filter designs to the UI.

We had to be economical, of course, as we couldn’t make a €2,000 product within the scope of this vision, but I think we spent the money where it counts, in the sound and in the personality of the instrument.

What do you think are its best features?

It all starts and ends with the sound. We can pack features into a synth and make it cheaper than you can believe, but if it doesn’t sound good, then who cares? Then all you have is a cheap toy.

The UNO Synth audio path is totally analogue and it’s ready to use for a top album or major film score. You can put it alongside your Minimoog, your CS-80, your OB-X, your Jupiter-8, even your TB-303, and it will stand up. 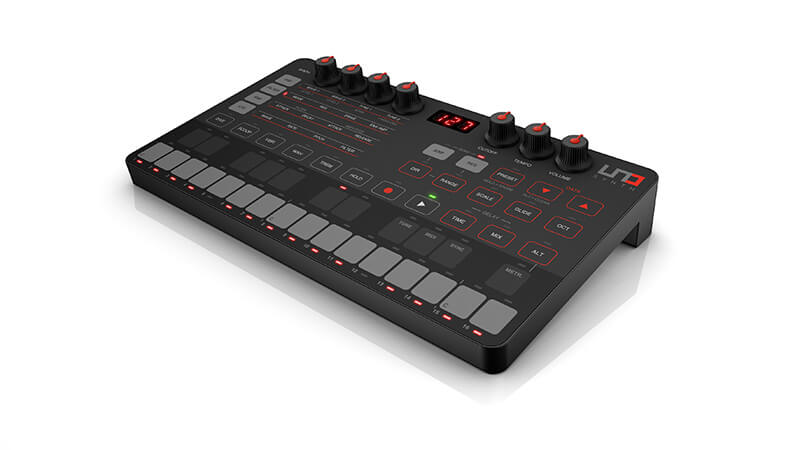 How did you get the end price so low? Did you have to make any compromises?

I would say instead that we made some very clever decisions to reach that price. The capacitance sensing top panel, for example, really helps to keep the price down. Aside from the power switch on the rear panel, there are no switches on the UNO Synth.

You might think at first glance that it is employing membrane switches like on the Yamaha DX7, Moog Source or ARP Chroma, but it isn’t. When you touch an UNO Synth key or button, the capacitance of your finger is contacting the PCB to send the signal, so you don’t even really ’push’ anything on the UNO Synth, you just touch it.

Well, you have to remember that I was one of the first ones to break the rules at the turn of the century with the Alesis Andromeda. No one had made an analogue poly synth for something like 15 years, and yet we did it.

The last big analogue poly synth powerhouse was the Oberheim Matrix-12, but we took analogue synth technology further still with the Andromeda. I worked with an amazing team back then – we even had Bob
Moog looking over our shoulder.

I tried to get Bob to be the electrical engineer on the project, but he was already committed to the project that would become the Moog Voyager, but we stayed in touch. Bob would send me faxes — yes, faxes — all the time to check on our progress and ask us how we were dealing with certain problems. Oscillator lockings was one, I remember. Now we have a similar vision with the UNO Synth.

You must get asked about synthesizers all the time. What do you think are the greatest synths of all time and why?

I think over the course of the interview I’ve probably already answered this inadvertently with the various synths that I’ve mentioned, but, okay, for sure we really have to start with the Minimoog. I’d say that It’s the greatest synthesizer of all time.

Then, of course, the Oberheim synths from the SEM through the OB series (the OB-X is my personal favourite of those); then there’s the Yamaha CS-80, the Prophet-5, the Roland Jupiter-8 and Juno-60, and even the EMS VCS3 – for all its quirkiness, and of course the Moog Modular. i just totally love synths.

Any new IK products coming up that you can tell us about?

Lots of them coming, but none that I can tell you about! Ask me again next year.

What’s the future of synthesizers?

We must continue to reduce the barriers between the musician and technology. We must continue to innovate, to bring better quality, better reliability, more portability, and ultimately more musicality to our new instruments. Learn from the past and look to the future.