Chris Porter engineered Bowie’s Scary Monsters album. Since then he’s worked with everyone from Wham! to The Verve. MT meets the engineer, producer and Bowie backing vocalist… Chris Porter has had an extraordinary studio career. Just a year into it he found himself singing backing vocals on David Bowie’s Scary Monsters (and Super Creeps) while […]

Chris Porter engineered Bowie’s Scary Monsters album. Since then he’s worked with everyone from Wham! to The Verve. MT meets the engineer, producer and Bowie backing vocalist… 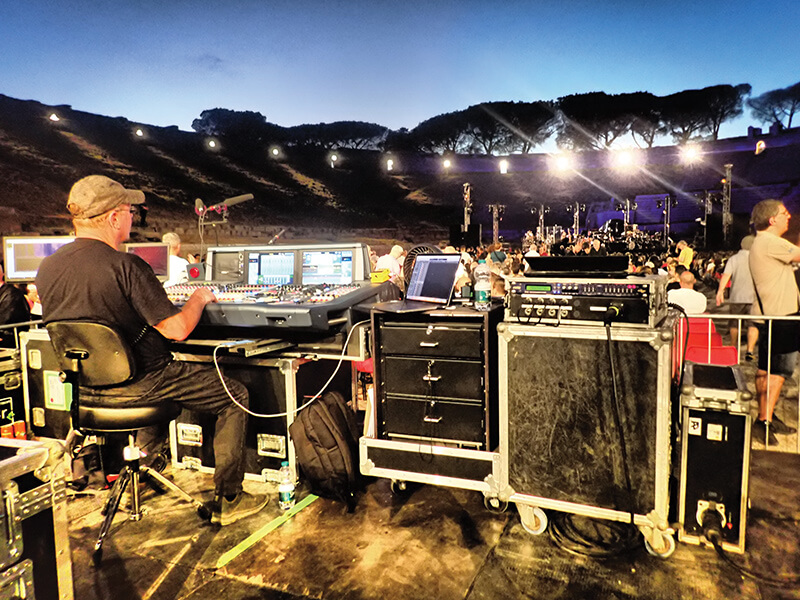 Chris Porter has had an extraordinary studio career. Just a year into it he found himself singing backing vocals on David Bowie’s Scary Monsters (and Super Creeps) while also engineering the album alongside producer Tony Visconti. After that he went on to work with George Michael, engineering albums including Faith and Listen Without Prejudice Vol. 1.

More recently he has been performing front of house engineering duties for King Crimson and producing artists including Pet Shop Boys and Cliff Richard. Here he tells us how his home set-up is now more than a match for the studios he has owned over the years, and how being a builder got him on the studio ladder in the first place…

How did your interest in music start?

When I was about 13 I wanted to sing after listening to Stevie Winwood and Stevie Wonder. Unfortunately there were no groups looking for a 13-year-old singer and it would not be until 1970 that I joined a band.

I was a keen soul fan but the band, Cataclysm, were intent on prog rock. Oh well! By 1974 I was singing with a band called Smacky Davis. A talent show called New Faces had just started on TV and we auditioned and were accepted.

Legendary Producer Mickie Most was on the panel and took an interest in us. I thought that this was the beginning of my show business career and I moved to London, but Mickie Most did not sign us so I had to start earning a living in the big city.

How did you get into studio work in the first place?

I thought that working for myself would give me the opportunity to attend auditions for music, so with a few musician friends we started doing small building jobs. A lot of our friends were musicians, so naturally most of our jobs were related in one way or another to music. In 1979, we were asked to do some building work at Tony Visconti’s Good Earth Studios in Soho.

We also constructed some huge acoustic screens on wheels to divide the studio area. The studio is now called Soho Studio and I notice from their website that those screens are still in use. We built to last back then!

I spent nine months on and off at Good Earth and Tony then asked if I thought my future was in the building game or might I be interested in training as an audio engineer. I had obviously seen what had been going on in the studio including him and Thin Lizzy making the now famous Live and Dangerous Album.

So from building part of the studio you ended up working in it!

It was an amazing opportunity, but it was clear I would have to learn fast, so I spent night and day in the studio doing all the usual tasks of cleaning and tea making. I engineered jingles and ads in the morning and then prepared the studio for bands who’d record from midday often until the very early hours of the next day. 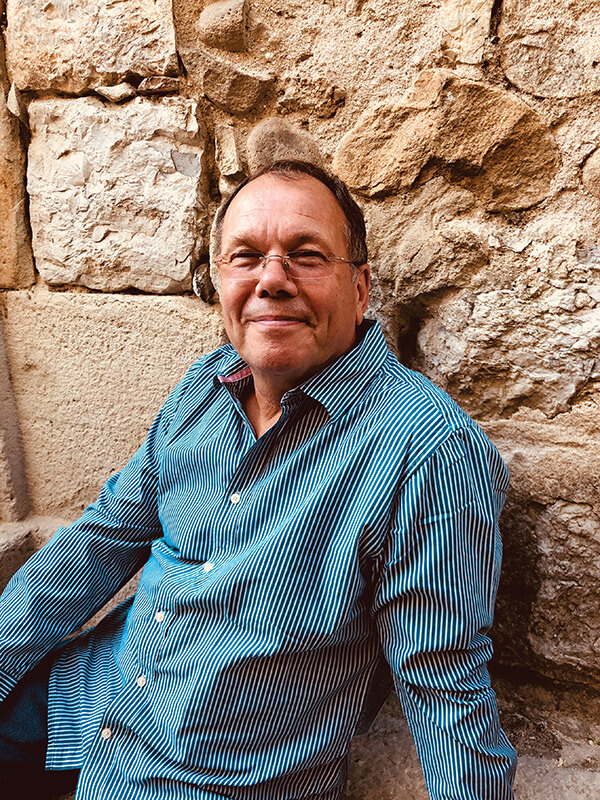 I often slept under the recording console because there was not enough time to get home and back in time. Towards the end of 1980 I had already worked alongside Tony with David Bowie on the album Scary Monsters and also sung backing vocals on it.

That’s an impressive item to have on your CV. How did your career progress after that?

I had worked alongside Kit Woolven who was co-producing Thin Lizzy’s Chinatown but then a friend of mine, Bob Carter, was offered the production of new funk band Linx and asked if I would engineer for him. Our very first effort, You’re Lying, charted top 10 in the UK and also top 20 in the US. We went on to record the album Intuition which did well too.

And then you went on to work with George Michael…

Bob was then offered the production of another young band, Wham!. We recorded Wham Rap! (Enjoy What You Do) which went on to reach 8 in the UK chart. This was the beginning of a working relationship with George Michael which was to go on for 15 amazing years. The 80s saw me working with many incredible artists and the fun thankfully did not stop there!

What gear do you have in your studio setup now?

It is a compact but powerful set-up consisting of, at its heart, a Rupert Neve Designs 5060 and the wonderful MunroSonic Egg 150s speakers. I also have a pair of PMC MB2 XBDs monitors which sound incredible as well. My computer is a 2012 Apple Mac Pro with 64MB of RAM and I use Rupert Neve Portico 5024s for my mic pres and my go-to compressor is the vintage Neve 33609.

What is your favourite studio gear?

My audio interface is an IZ ADA II with 24 A/D and D/As. It’s the closest thing to getting the warmth of analogue tape recording but with the reliability, ease of use and the flexibility of digital. My Aston mics have fantastic sonic properties.

I happily use the Origin and Spirits alongside classic microphones such as the Neumann 49b or U87 or AKG C414s. I was also really impressed with the company’s Halo – it’s a reflection black hole.