Charlie Andrew Interview – The Importance of the Pub

Charlie Andrew has won two MPGs for his production work with the likes of alt-J. He talks exclusively to MusicTech about his studio, recording in a cathedral and meeting a bloke down the pub who changed his life… Charlie Andrew began his successful production career after being offered early alt-J demos by a man in […]

Charlie Andrew has won two MPGs for his production work with the likes of alt-J. He talks exclusively to MusicTech about his studio, recording in a cathedral and meeting a bloke down the pub who changed his life… 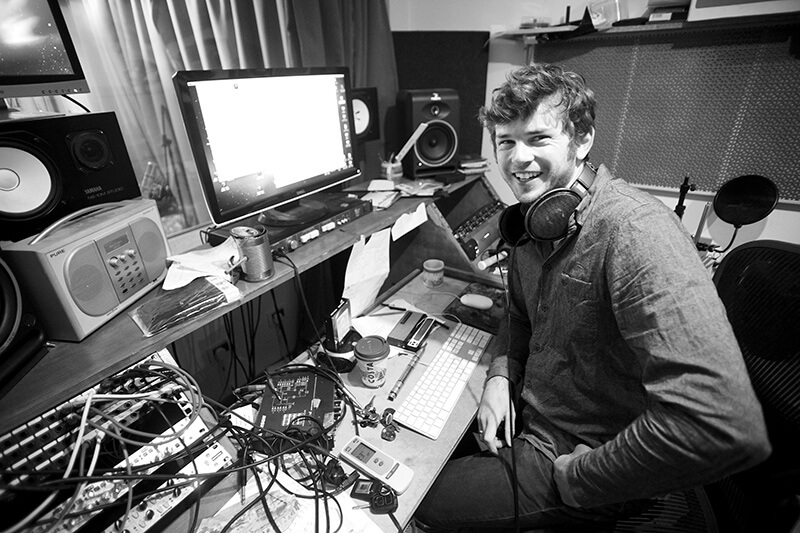 Charlie Andrew began his successful production career after being offered early alt-J demos by a man in a pub. It sounds like a dodgy, yet incredible story but that chance meeting eventually led him to produce the band’s first three albums, the second of which hit number one in the UK and the most recent, Relaxer, has now been nominated for a number of awards. Charlie talks exclusively to us about his amazing story that takes us from an early leaky studio in Shoreditch to his current set-up that might look chaotic, but is also a hugely creative environment for the many bands that come through the door…

Tell us a little about how you got into music production…

Charlie Andrew “I was interested in it from school, really. I was a bit of a nerd, very interested in science and I played a couple of instruments, saxophone and drums, so it dawned on me one day that it would be great to somehow combine the two. There was a basic studio there with Steinberg Cubase and an Akai S2000 sampler, so I just messed around and made some beats and stuff. When I left school I was very fortunate in that I wrote the right letter to the wrong person at Abbey Road. It arrived on the desk of the guy who was head of the technical department there. He didn’t receive many CVs and he saw it and it turned out they needed a runner that day, so I went to Abbey Road that afternoon!”

From left to right: 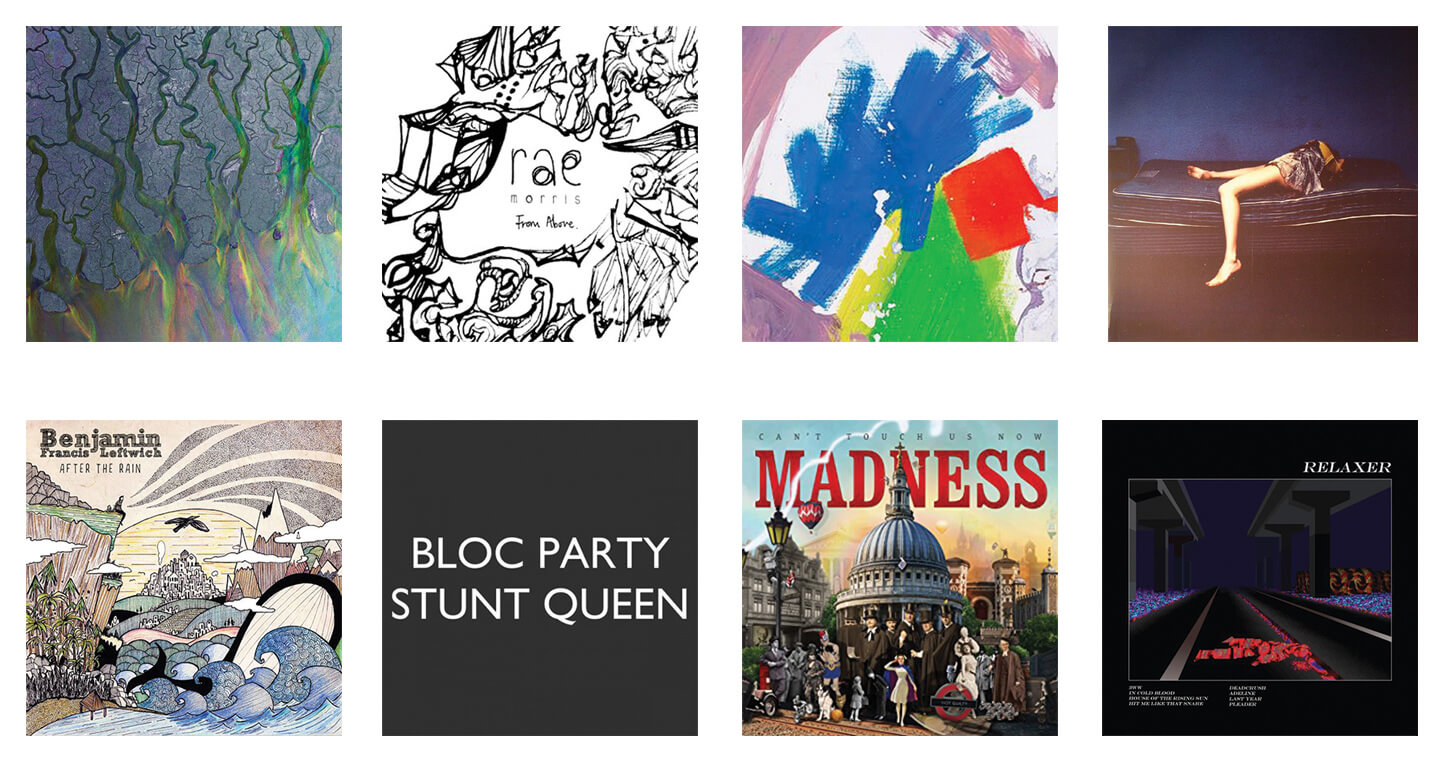 How was it working there?

“It’s obviously an incredible institution. The history there is awe-inspiring and it’s one of those buildings that is kept spotless, updated and in perfect working order. There’s no expense spared making sure it has the best equipment.

“Interestingly I didn’t work on many rock ’n’ roll or pop gigs there really, although when I was first a runner after writing that letter and arriving at the studio I was the runner for the Spice Girls! It was really good fun, it was great to meet them and they were lovely people.

“I was 18, straight out of school, had always lived in the country, so going into the city and walking into a room with the Spice Girls was quite a big contrast to what I was used to! From then on my time there was mainly working on film scores so we did a lot of orchestral stuff in Studios 1 and 2. I was doing a lot of tape-oping and working with Pro Tools.

“I quickly learnt that file-keeping is the key when you are working on a project of that kind of scale – you really have to be on top of how you are organising the Pro Tools session. I learned a lot about studio etiquette at that time then too – I picked up a lot from the assistants who were there before me, they were just incredible.”

You’ve been producing alt-J since their first album…

“After my Abbey Road days I moved back home and started teaching drums to pay the bills and earned enough from that to rent out a warehouse space in Shoreditch. It was great to have a place in the centre of London to make as much noise as you liked. I had a Pro Tools LE rig, a few mics and a Yamaha O1v mixer so had a basic recording rig.”

“I was also in a band and one night I played a gig and a guy started talking to me afterwards. I was like ‘I just want to get a beer…’ because I’d just come off stage dripping with sweat because of the drumming! Anyway we got talking and I told him I was a budding producer and a week later he got in contact with me and said a mate of his had formed a band at university and made a demo. I listened to it, loved it and invited them [alt-J] down to the warehouse and the rest is history really!”

That first alt-J album, An Awesome Wave, won the Mercury Music Prize. Their second This Is All Yours went to number one and their third, Relaxer, was nominated for an MPG Award too. That’s quite a ride you’ve been on…

“Yeah, I won Breakthrough Producer Of The Year for the first album and then a couple of years later I won Producer Of The Year which was very exciting and quite an emotional night. I had three albums out that year that I submitted for it which were This Is All Yours, Something On High by Sivu and Marika Hackman’s We Slept at Last. It was very exciting. I often thank my lucky stars and look at that moment at the bar and think how things could have been different! Considering it happened with the very first album I produced, for it to have been as successful as it’s been, it’s unbelievable.”

How was working on Relaxer?

“It was great. We changed the environment that we recorded in and went to Strongroom. And some of the ideas were quite ambitious too. With one of the songs we went to Ely Cathedral. Gus [Unger-Hamilton] went to school there and was in the boy’s choir. He wanted to incorporate that into one of the songs called Pleader and organised with his old schoolmaster to practice the song with the present choir. We went along and recorded them and he also played the organ. It was incredible. We were pulling all of the stops out at the end – the whole place was shaking.”

Tell us about your own studio set-up – what’s the core? It looks fantastic, by the way…

“So I moved out of that warehouse in 2011 and had to find another space. I looked on Gumtree and found a place in Brixton with two control rooms joining a communal live space, again in a warehouse conversion but a lot more higher spec – I had to get the buckets out when it rained! One of the control rooms was spare so I went along and did a test run which went really well. The very first thing I recorded there was the alt-J song Tessellate, which turned out lovely, so I’ve been there ever since.”

“My studio is quite chaotic, but I like that as I think it puts artists at ease. There are little toys lying around they can just pick up and play and hopefully that could ignite a new idea – you never know.”

“I’m running a Pro Tools HDX2 rig there and various bits and bobs. I don’t have a desk as such, just a different array of pres to add different colours going in. I have a few bits of Neve gear, a couple of UAD 6176s, a couple of Telefunken V76s and some nice Audient stuff which is nice and clean. So I have lots of different options with different flavours for going into the rig.

“If you get it right going in, you’ve got less to do going out, but I also do a bit of summing on the way out and have a Thermionic Culture Fat Bustard for that and a Phoenix Audio 16-channel summing mixer and that seems to help the stereo image a bit – it helps with the definition and makes everything sit well. I’m venturing more into the world of outboard but obviously these days you need a balance because things need to be recalled quite quickly.”

Have you been tempted by modular gear yet?

“No, synth wise I have a Roland Juno-60 and a Roland VP-330 vocoder-come-string synth which is a lot of fun. I have a couple of other bits but no modular stuff – that could be endless…”

And about your plug-ins?

“All the UAD ones are outstanding. You just know when you put them on that they are going to react like the real thing which is really nice. Compression wise I use their Shadow Hills Mastering Comp for a little tickle over the mixes which has been really great. It’s quite transparent which is good. The UAD Fairchild 660 and 670 are really great and have a nice mix option so you can get some parallel compression going.

“I also use the Empirical Labs EL7 FATSO which is really good for smashing the hell of things and getting some nice distortions going. The other one I really do enjoy for that is the Neve 1073. When they model these things they model the in and out stages so well that you can just put it on and it just colours the sound well.”

What is on your studio gear wish list? Any gaps that need filing?

“I’ll always have gaps, you never get to the point when you are finished. I would like a more analogue chain for mixing but at the same time I’m aware that the reality of that is it being a bit of a pain.”

What have you got coming up project wise that you can talk about?

“It’s been an exciting last few months but right now I’m at the Distillery Studios in the west country working with a band called Anteros who are very exciting and I’m very excited for people to hear what we’re doing. I’ve also just finished the new album for the band James. That’s all finished now and was great. They’re a really nice bunch and write songs in a really exciting way. You get a much more interesting take on a song with some of the arrangements being a bit odd, but it’s all really melodic and really hooky.”

What would you say to anyone who wanted to try and get into production?

“Stick at it, be nice to people. Obviously I had a lucky meeting in a bar, but I also had to be in a position to take advantage of that luck by just being involved, and setting up my own studio. Don’t give up. If you are passionate about what you are doing it means you have something to offer, so always believe in that. You never know when that lucky moment is going to come.”

Both the Anteros and James records that Charlie produced will be released this year, and Charlie has also just completed some new tracks for Francobollo which is coming out on his label Square Leg soon.