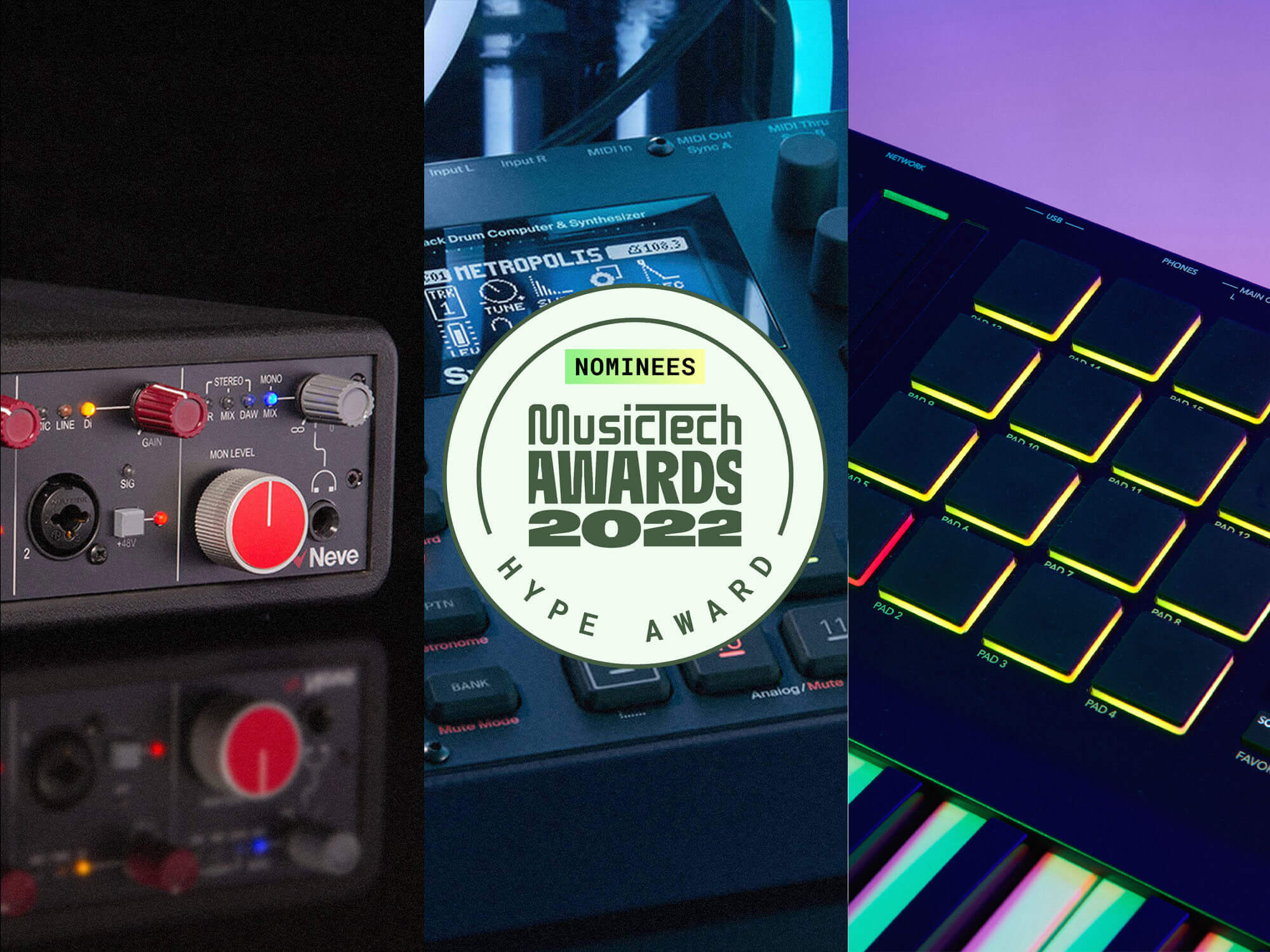 Hype, hype, hype – the most exciting, dreamiest synths, MIDI keyboards and audio gear that went straight into our baskets.

The hype was right. This sexy, satisfying 12-track drum computer and synthesizer had the industry raving in 2022. Elektron’s “sonic metropolis” populated kit wishlists and had many people enviously messaging old pals who’d somehow got their hands on one – us included. 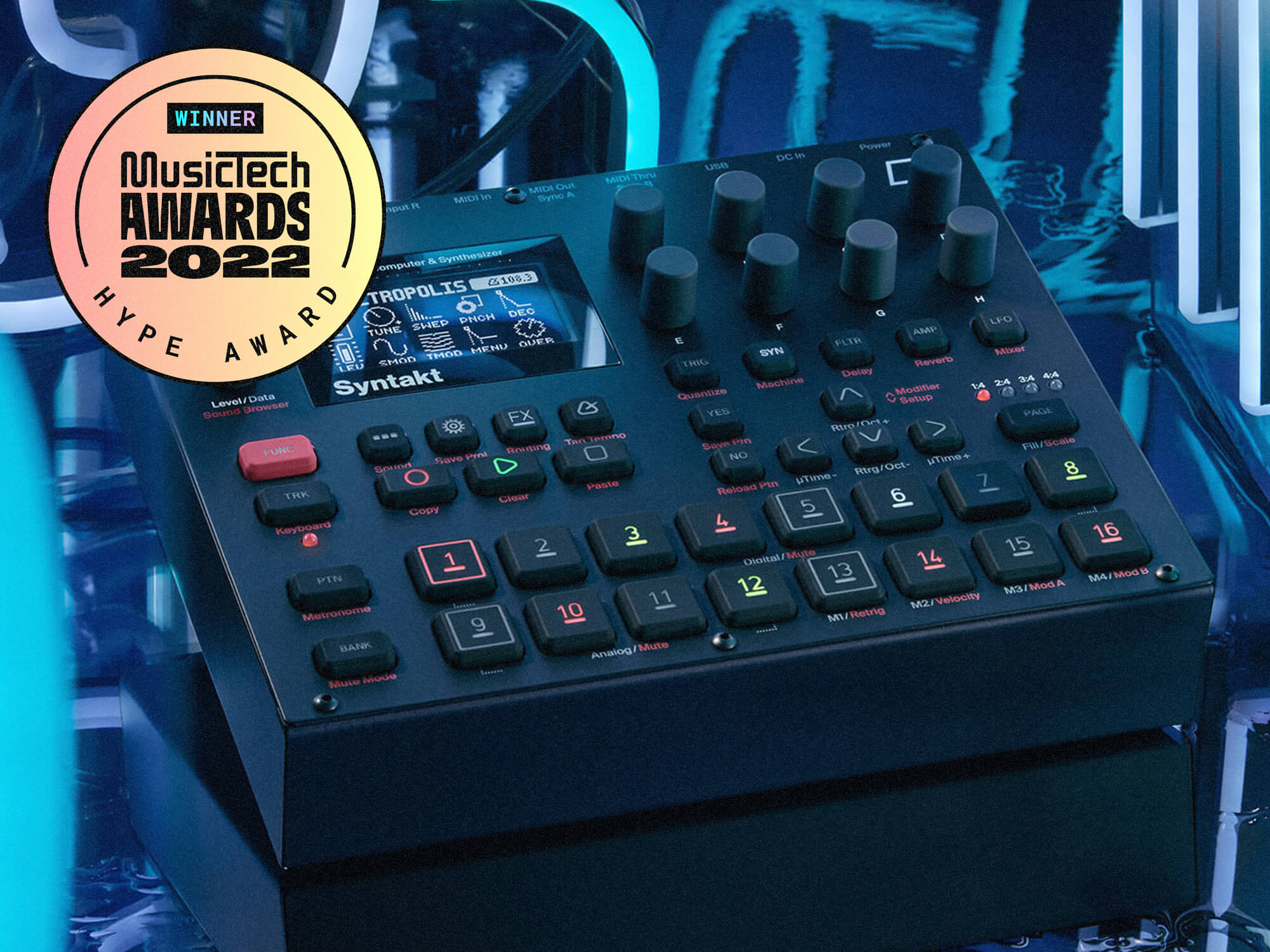 It wasn’t just the dramatic press shots of this delicious little groovebox that got the industry salivating either – there was also the Syntakt’s cute LED display, its chunky buttons and its crisp sonic qualities. With this box, Elektron did a stellar job of balancing its signature design with functionality and sound.

Live performance is made possible, too, through the Syntakt’s Song Mode, which lets users develop a track beyond the 64-track sequencer and create a song or even a setlist in one place. You never have to be prized away from the groovebox ever again. And, frankly, who would want to?

In our review, we described Syntakt as an “impeccable groovebox”, saying: “The unit is immaculately built. A sturdy and sleek black-powder-coated chassis houses a sharp screen alongside smooth encoders and colour-lit computer keyboard-style buttons – which are very satisfying to hit, if a little rattly. The Syntakt’s weight means it won’t move a millimeter during use, plus it’s tactile, responsive and rewards on-the-fly fiddling.

“Its onboard effects can augment those sounds for classy mixing, create dynamic passages of movement or mangle them until they’re unrecognisable. Its sequencer is immensely flexible, ranging from 30-300bpm and from 1 to 64 steps in length with varying note divisions.”

AMS Neve’s 88M bus-powered audio interface dropped like a brick into the wishlists of audio buffs. It brings that coveted Neve preamp sound – that can be heard on some of the most legendary recordings of all time – to the bedroom artists. Indeed, a pair of Neve 88RLB 500 series preamps will set you back around £1,300, so it’s no wonder the Neve sound is so mythic. With its price point of £900, the 88M had producers considering whether or not it’s all it’s cracked up to be. Well, dear reader, it may just do the trick.

In our review, we said: “The 88M is an audio interface in the simplest of forms. There is no DSP for effects, no mixer matrix, no controller app… Compared to the vast range of similar channel count USB interfaces, the 88M is unbeatable in regard to sound and build quality. So if you don’t need anything but audio and are willing to make a professional level investment, this is for you.”

Even if you bear a mere passing interest in music production, you’ll know what an Akai MPC is. Used by the sampling gods of our generation, it’s unmistakeable 16-grid drum pad is etched into the framework of beatmaking. Akai upped the ante this year with the Key 61, introducing the first full keyboard-equipped MPC workstation for all types of performers and producers. It wasn’t an immediate hit with <em>all</em> of its owners, but it did make many of us read and watch countless reviews to see whether it could make an appearance in our setup one day.

In our review, we said “The MPC Key 61 is a proper studio and stage centrepiece. Its sample editing and sound-design tools are powerful, and the generous connectivity options allow you to perform with a cockpit of instruments. Akai can’t please everyone with the MPC Key but should you find yourself in front of one, you won’t fail to be inspired by what’s on board.”