by MusicTech
#Gear Of The Year 2019#Hard Synths
Features

A good modular set-up is the sum of its parts, but which additions to the modular world have scooped our ultimate accolade? 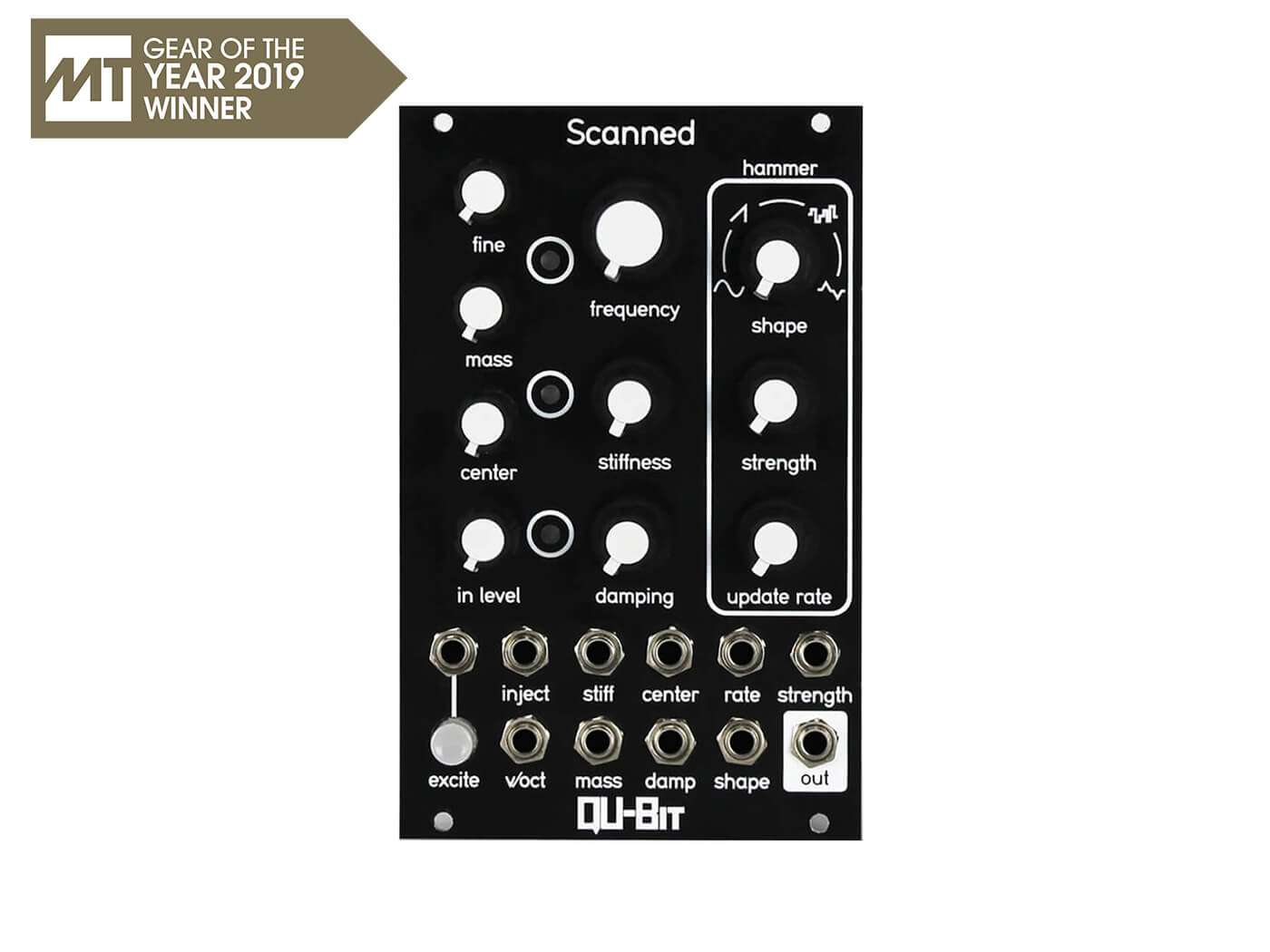 We’ve seen our fair share of interesting, unique modules over the years, but this one must take the crown. Scanned is a digital VCO with real ‘organic’ credentials. Yes, you see Scanned is an organic wavetable oscillator which uses a technique previously unexplored in hardware to animate wavetables that are created in real-time. This marks the first usage of ‘Scanned Synthesis’ process in a hardware context. Tone effecting is handled by a series of virtual objects, defined as Mass, Stiffness and Damping. Tweaking these randomly can produce naturally generated sounds. In his review, Dave Gale said “There is also a sense that each movement takes a moment to adjust and settle as the virtual objects realign themselves on the string.”

In conclusion he said, “Scanned can sound very digital and subtle, often like a tamed-circa-1983 FM-styled machine, but it can also sound quite distorted and out of control. If you like modular, the chances are you’ll be drawn to the concept of creating sounds which are different and can be placed under varying degrees of CV control. There’s plenty to enjoy here, mainly because of its interesting sonic makeup, but also because it’s got a sense of unpredictability about it.” 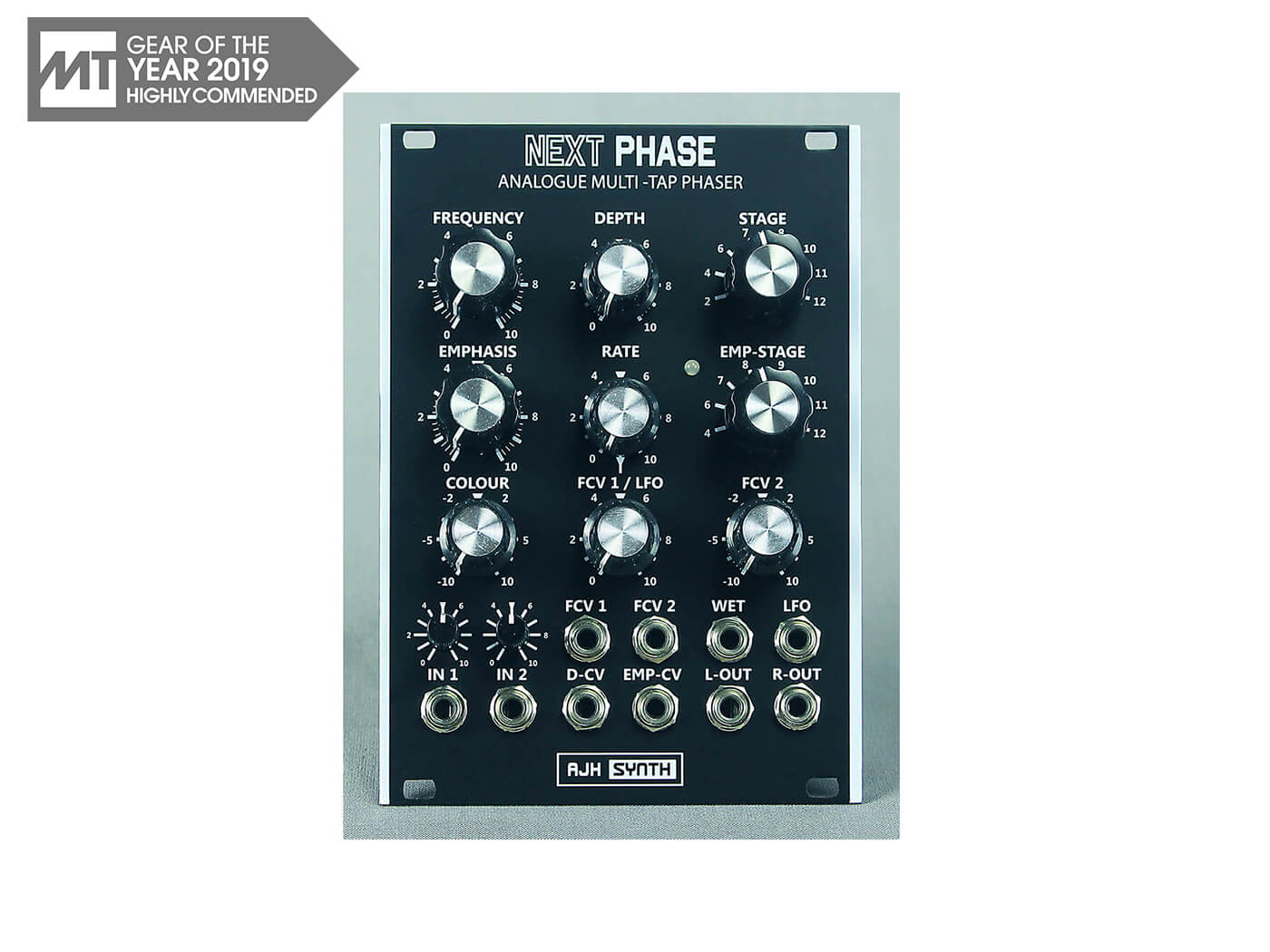 Never a company to stand still, AJH Synth added a number of slick refinements to their phaser module. The Next Phase refines the Mega Phase 12 (based on Electro Harmonix Small Stone Phaser) design to reduce the noise floor, which makes the module more appealing for modern production. While the addition of independent input level controls allows the user to blend and mix from the module itself.

In his 10/10 review, Dave Gale was positively beaming about the module, “AJH has significantly refined the design to reduce the noise floor. I personally never found the noise much of an issue, treating it as part of the phaser’s vintage charm, but there is no doubt that this pretty considerable improvement will make the phaser more appealing for contemporary production work.”

Dave concluded by saying, “This continues to be a deceptively creative module, which should now appeal to vintage connoisseurs and modern producers alike. It’s based on a classic and should almost be accredited classic status itself. It really does sound like it’s from the retro-future! The Next Phase is a very worthwhile update to a module that has already garnered something of a classic status.” 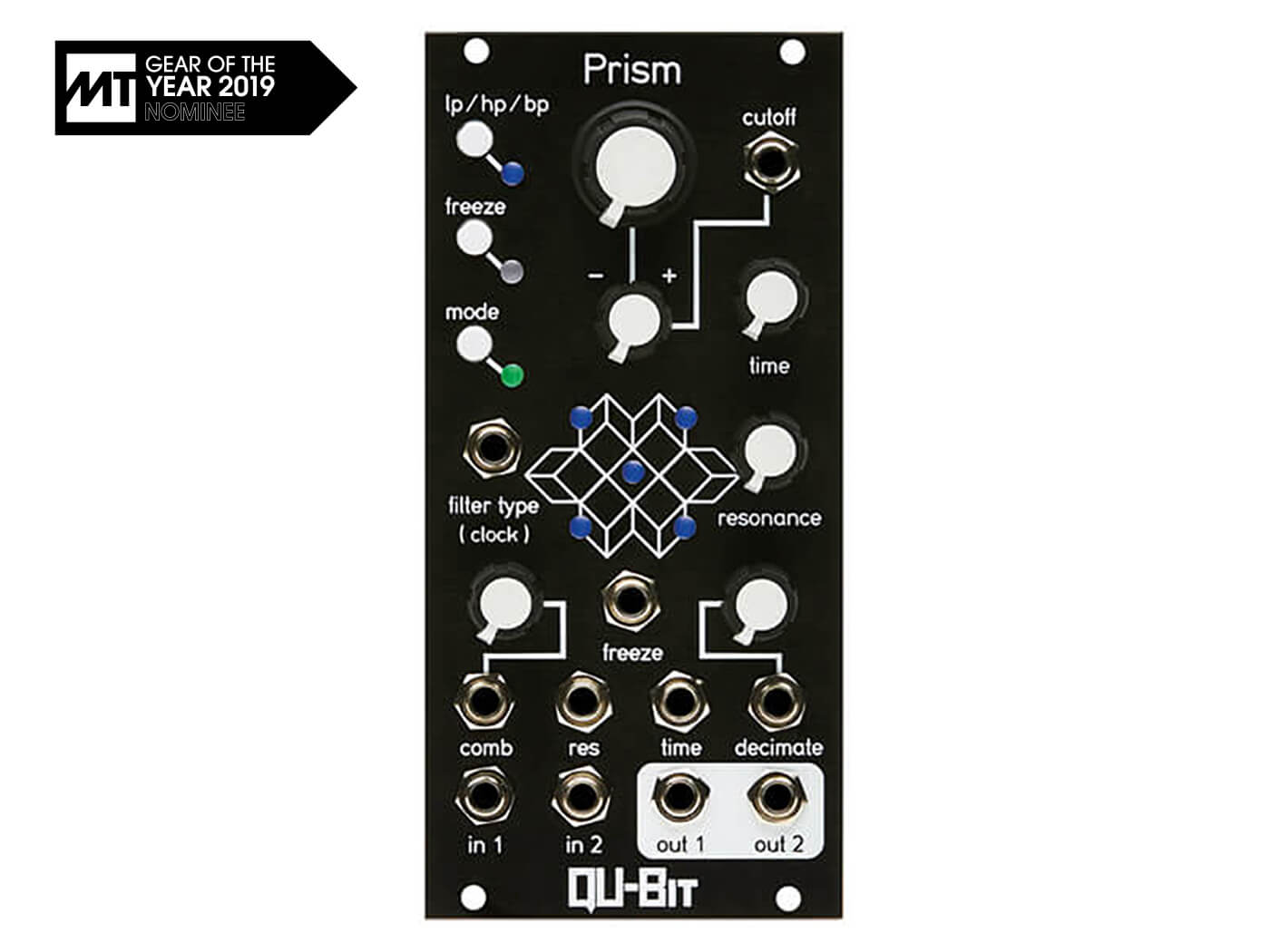 This multidimensional signal processor has a number of useful effects up its sleeve in the shape of filtering, delay and decimation. You can use these separately, get them to play really well together and quickly go from pure loveliness to complete carnage with ease. The integration of a stereo input and output makes it perfect to place on the back end of your signal chain. While it’s not exactly a generic effects module, it’s super usable and great fun. It’s a great module whether you’re crunching up signals or looking for beautiful delayed timbres. 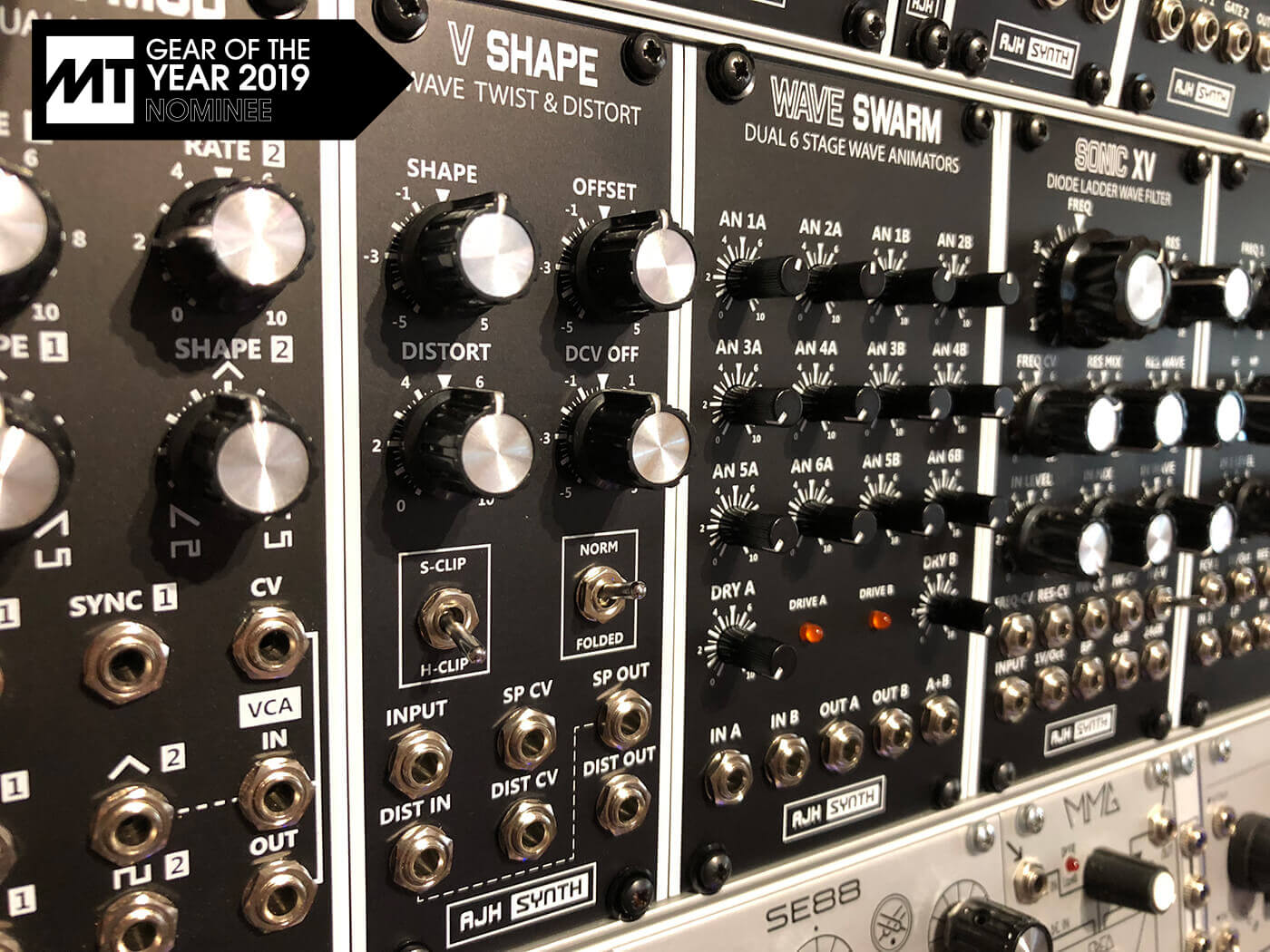 if you like to mangle your sounds, then V Shape is for you. It’s technical a wave twister and wave-folding/distortion unit but in reality it’s an inspiring processor that’s something along the lines of a Pulse Width Modulation (PWM) device for saws, triangles and the like.

Add soft and hard clipping into the mix and this is a powerful little tonal shaper. 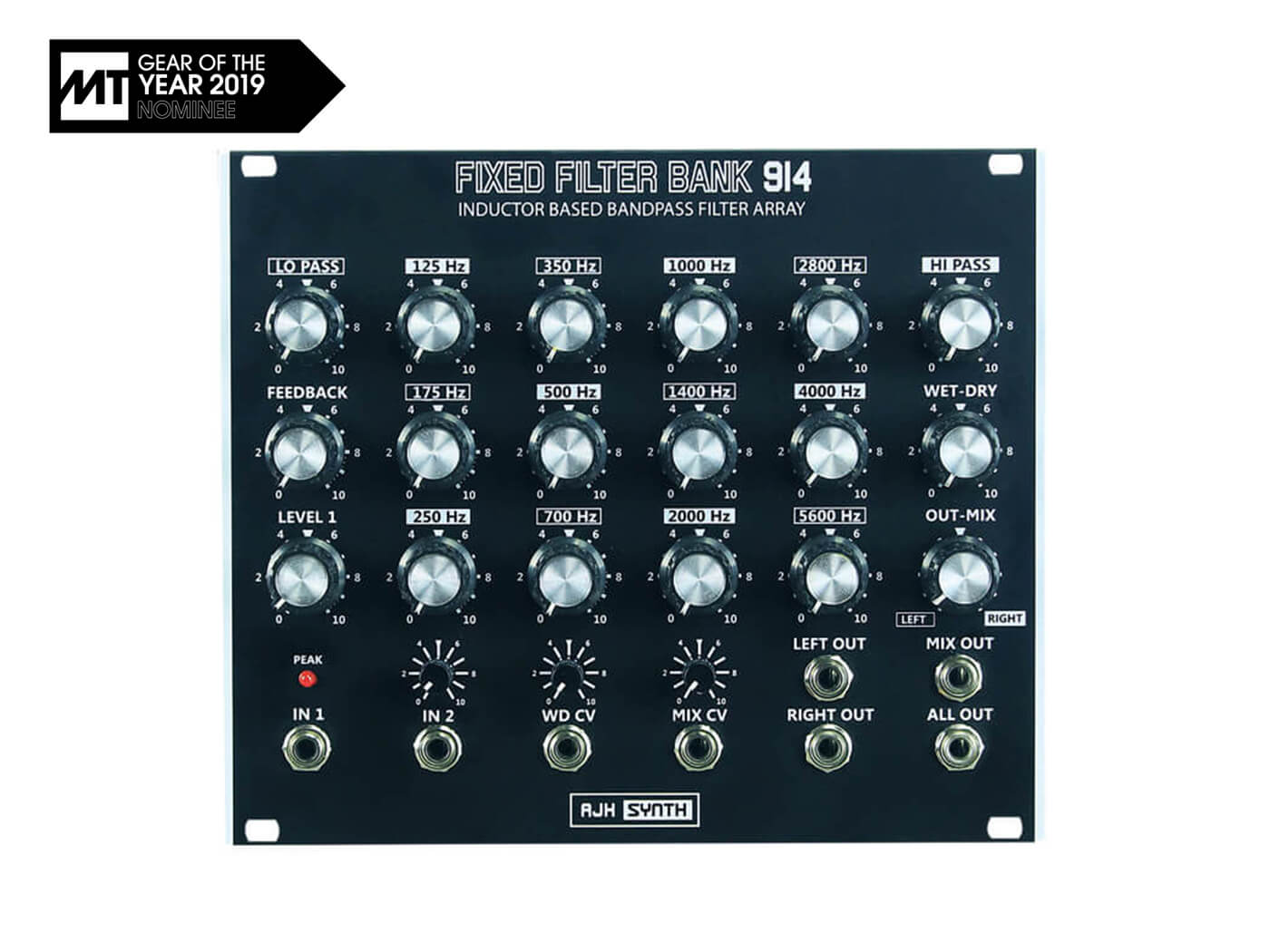 Filter Banks aren’t particularly common in modular synthesis, mainly on account of the prevalence of filters – at least in the world of subtractive synthesis. However, it allows a rather different and rewarding style of sound sculpting. Building up your timbre, rather than simply filtering elements out, offers plenty of creative possibilities while allowing you to play around with the stereo field, which is often an area of Eurorack which is not exploited enough.

The 30HP monster from British Eurorack stalwart AJH Synth is a cross between a conventional filter and an EQ. It draws on Moog’s 900 series heritage to offer 12 fixed-frequency pots, which allow you to exaggerate specific frequencies in a source signal. And, thanks to its active inductor circuitry also imparts a characterful tone with a vintage flavour. We loved it because of its tonal colouration, fine degree of control and its ability to process two sources simultaneously. Will it get your vote? 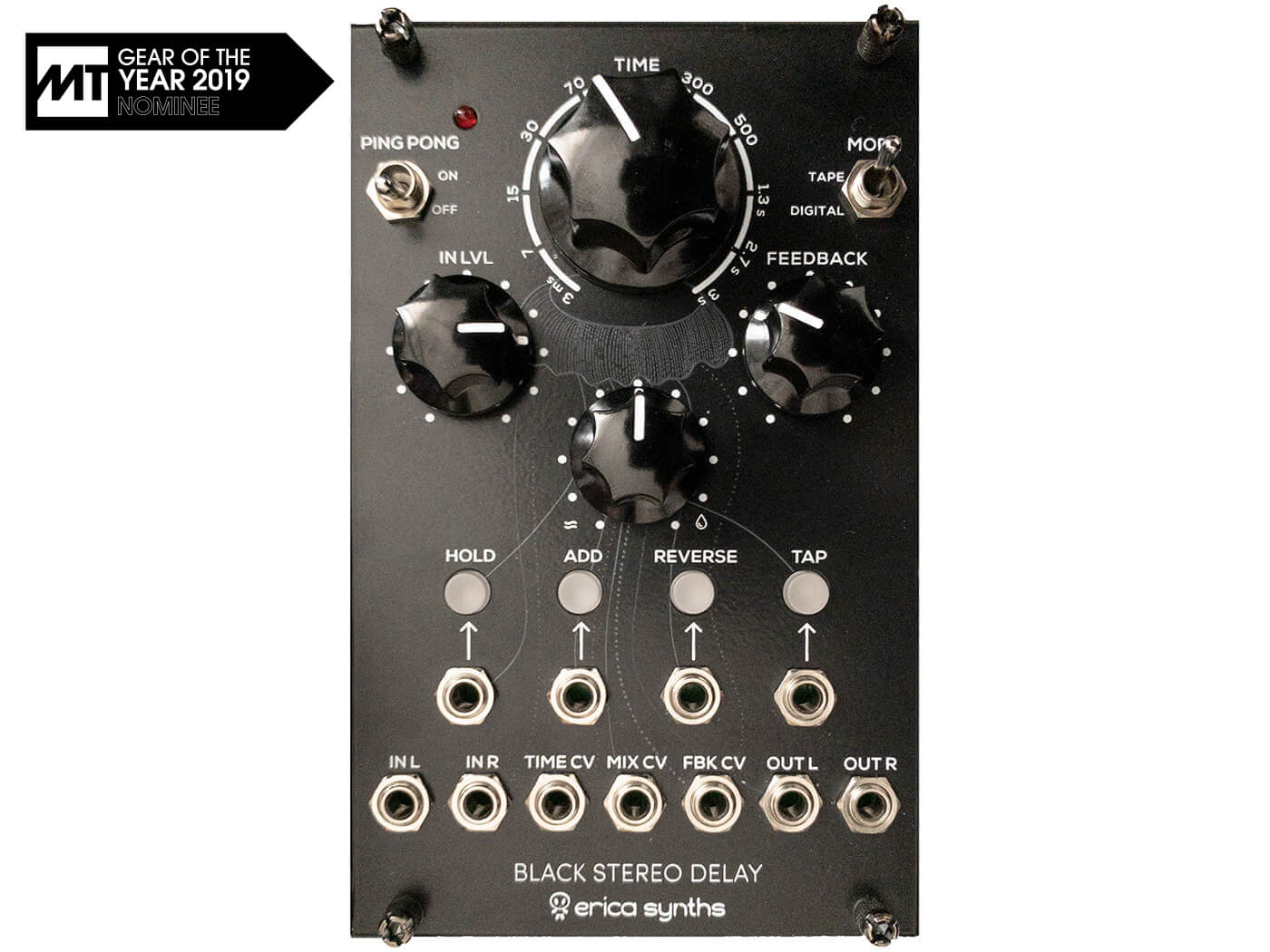 Distilling the core features of a delay into a single Eurorack device, the Black Stereo Delay also provides three distinct flavours. These are Tape, Digital and Ping Pong, but its the extra controls that make this module a stand-out a Eurorack environment already awash with delays. Among these are Hold and Add, the latter of which turns the delay into a 20-second looper.

We loved its minimal charm, sleek interface and sophisticated sound. “The module sounds like a stereo delay, but plays like an instrument,” said our reviewer.