Gear Of The Year: Best interface/mixers of 2019

There’s been a whole host of high quality interfaces and mixers released this year, but which are going home with the big prizes? 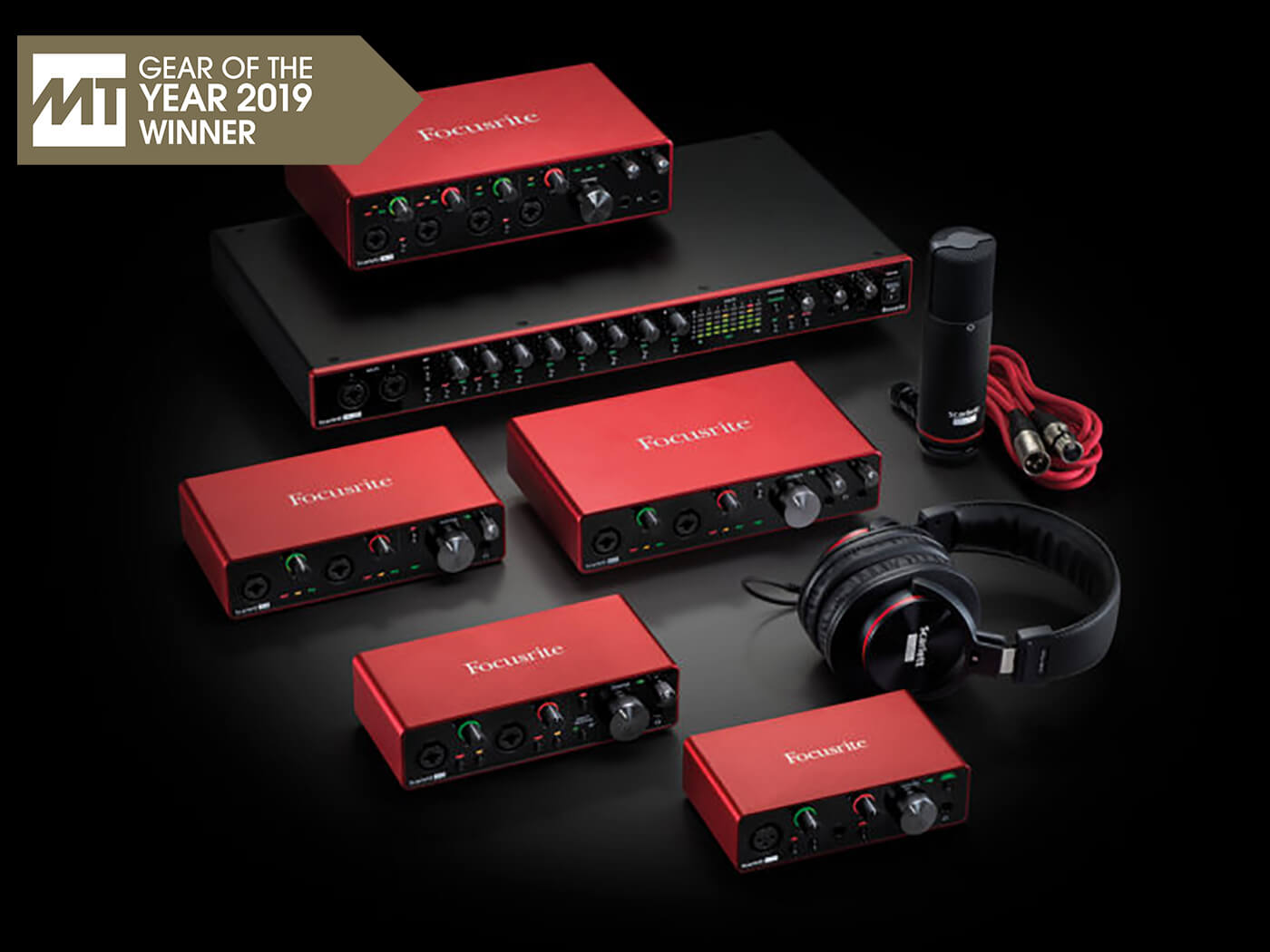 The Scarlett range is Focusrite’s main USB interface entry point, with models for everyone from the beginner onwards. We looked at several options in the range when we reviewed them six months ago and were mightily impressed. There are six interfaces with configurations going from the Solo, then up to the Scarlett 2i2 (two in, two out); the 4i4 (four in, four out); the 8i6; the 18i8 (18 ins, including eight ADAT ins and eight analogue outs) and finally the 18i20 (18 ins and 20 outs, including ADAT I/O). That’s a lot of choices, but they all share great preamps, the Focusrite Air feature – which emulates the famous AIR Studios lift in the high mids – great build quality and a good software bundle.

Tech specs are up a notch too. The Dynamic Range figure is around 110dB for line, mic and instrument inputs, the Total Harmonic Distortion figure is around half that of the second generation, and the Gain Range goes up from 50dB to 56dB. We achieved pretty much everything we wanted during our tests of the range: low noise, high dynamic range and low latency. These are great interfaces, with a model for every occasion so it’s really no surprise that they pick up the Best Interface gong this year.

In our review we concluded: “The range certainly succeeds where it should. Better quality, improved specs and not much of a shift in price. It’s difficult to see Focusrite losing that ‘best selling interface’ label any time soon. This generation of Scarletts sees big improvements everywhere. Great quality, great prices and options for everyone and any studio task.” 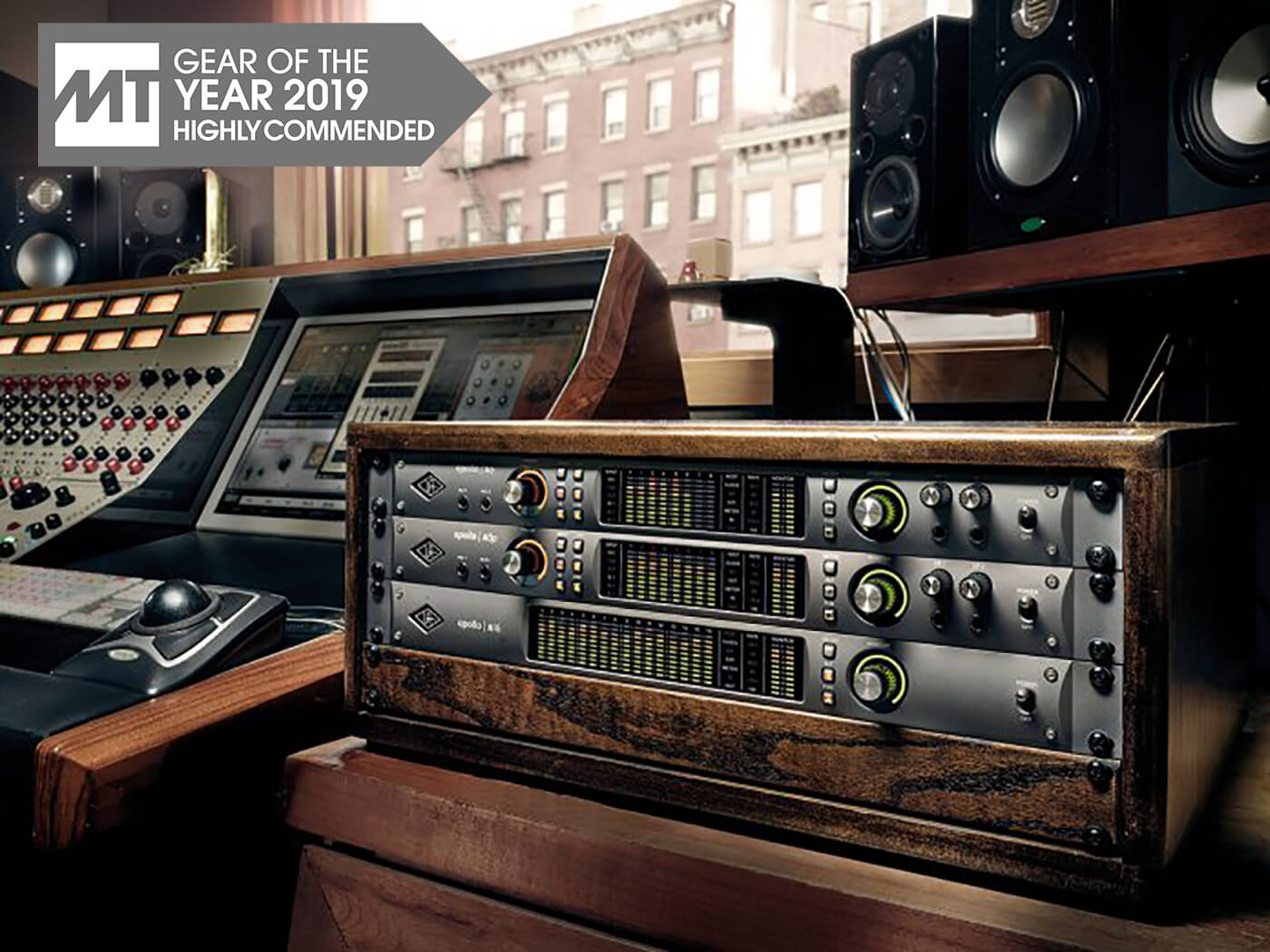 The lords of DSP delivered a remarkable range of pro audio interfaces this year that integrated high-quality audio, innovative Unison mic preamps and dedicated DSP which will ease anyone’s workload, as well as a high-bandwidth Thunderbolt connection. These interfaces have a price tag that reflects their pro audio results, but still are moderately affordable compared to other dedicated audio DSP hardware.

“There’s a lot to like about the Apollo X (6)” Our reviewer Adam Crute said. “It delivers pristine audio quality; its onboard DSP can handle a large number of plug-ins, taking significant load off the host computer while allowing near-zero-latency monitoring of effected input signals; it supports all of the major DAWs and provides access to a large library of quality plug-ins and processors. Audio interfaces don’t get much better than this.” 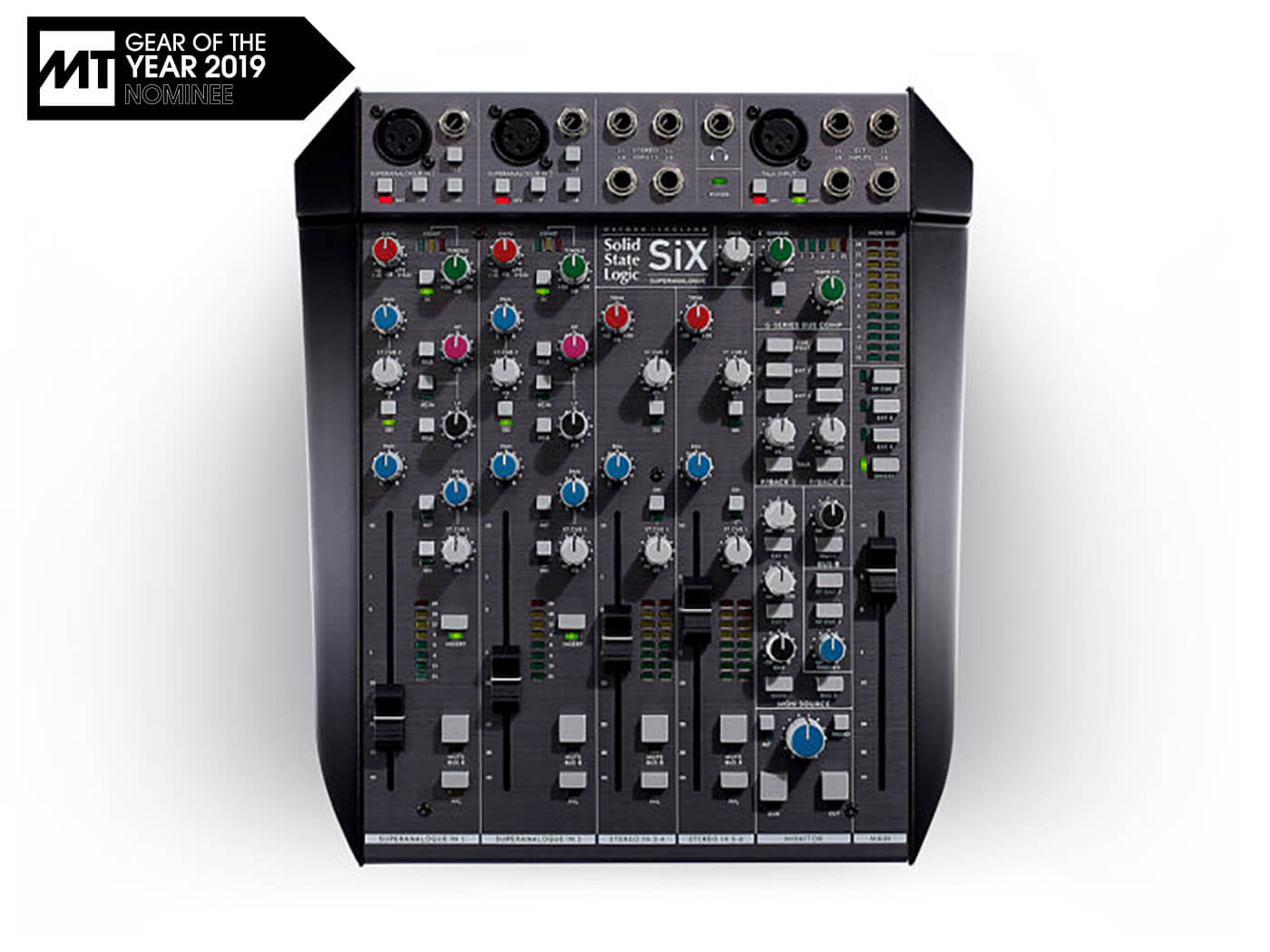 In our review of Solid State Logic’s six-input mixer, we boldly claimed that this came with no drawbacks. Why? Because of its large console sound quality, sporting SSL SuperAnalogue preamps and circuit design. Also, because of its built-in G-Series buss compressor, its flexible routing and monitoring, its robust design and spacious layout. When a piece of pro-audio gear carries the Solid State Logic badge, it has a huge reputation to live up to. For us, SSL SiX delivered, but do you think it’s deserving of the crown this year? 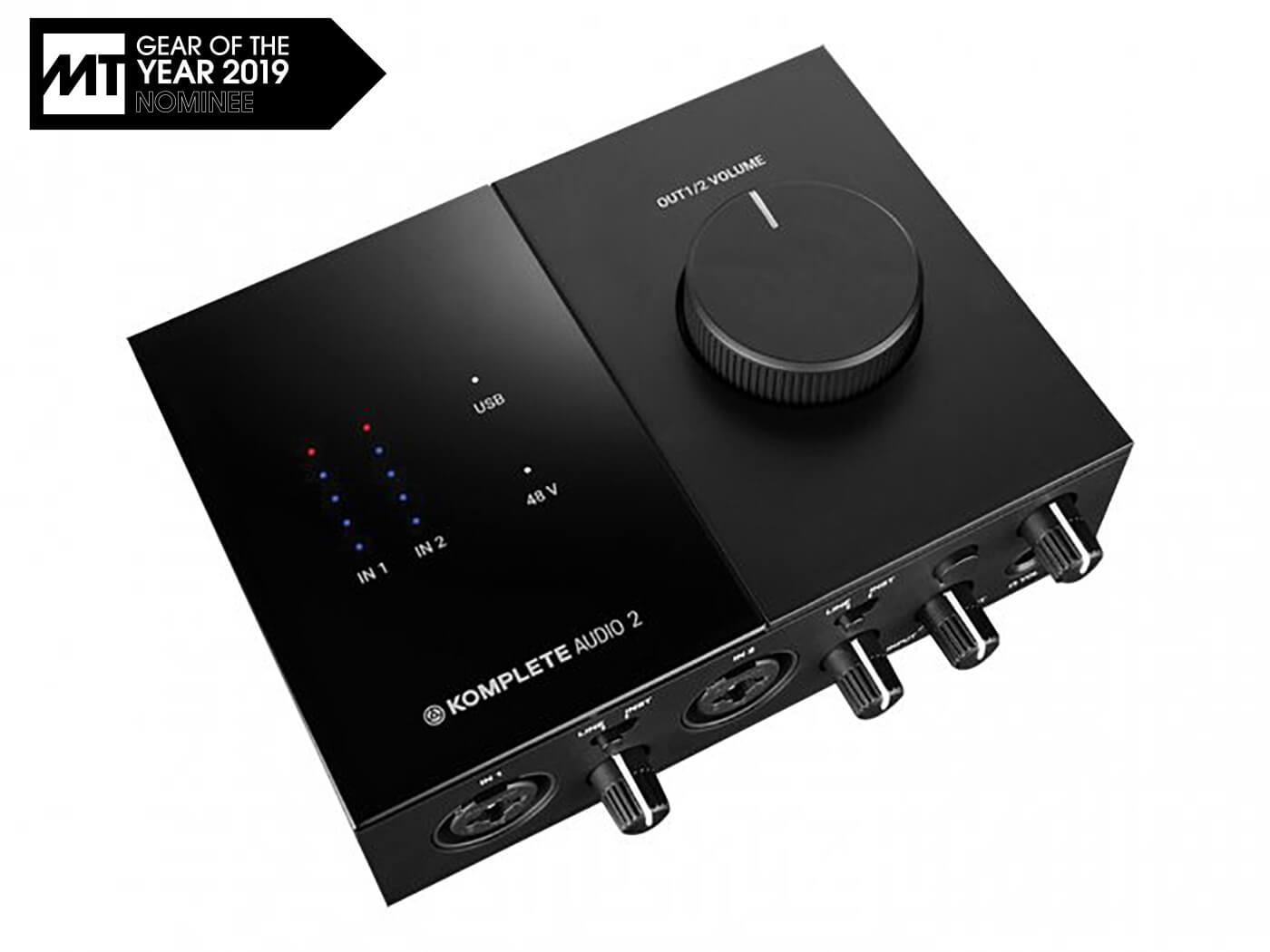 The software bundle included with Komplete Audio alone is enough to sway many people into purchasing one of these interfaces. With its sleek design that will be familiar to NI fans, the Komplete Audio 2 is a USB 2.0 powered interface, sporting two XLR/jack inputs with 48v phantom power and 2 stereo jack outputs at an affordable price. It’s compact enough to fit on any desktop and even take around with you should you desire. Live Lite, Monark, Replika, Phasis, Solid Bus Comp, Komplete Start and Maschine are all featured in the bundle, which is a bargain – but is it enough to win your vote? 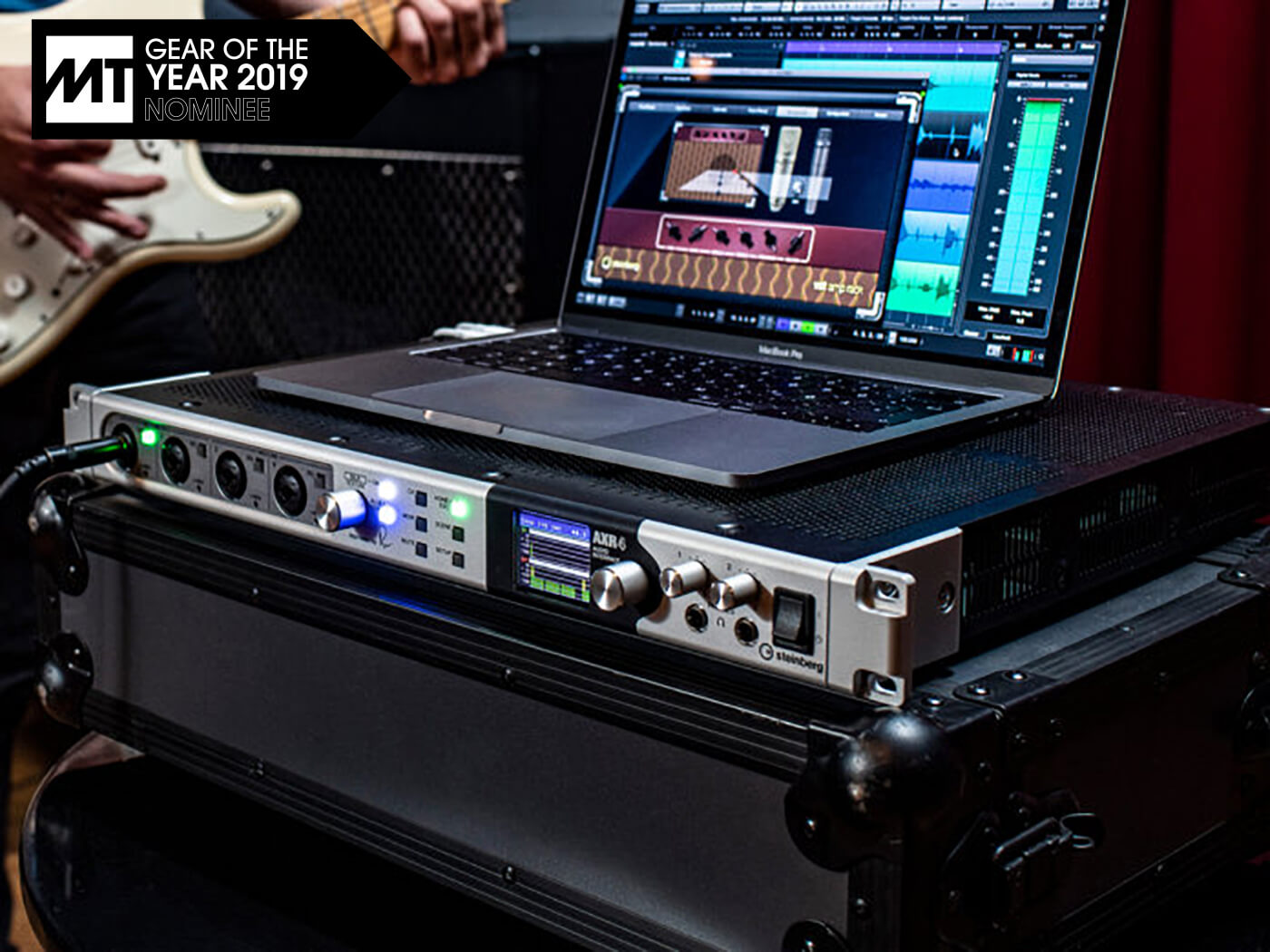 Steinberg went big with the AXR4T, offering 32-bit/384kHz sample rate, which left many wondering “why?”, but probably pleased many sound designers who can now capture audio at extraordinary sampling rates and slow them down for sonic experimentation. Beyond its staggering audio rate, Steinberg AXR4T boasts four preamps emulating Rupert Neve Designs SILK and onboard, realtime effects processing. The interface offers 12 analogue inputs, two are mic/line/Hi-Z inputs, two are mic/lines, and the remainder are standard line-level inputs (all lines are balanced). A high-res LCD display shows I/O level metering and provides access to every parameter and setting of the interface. Is Steinberg’s AXR4T your champion in this bout? 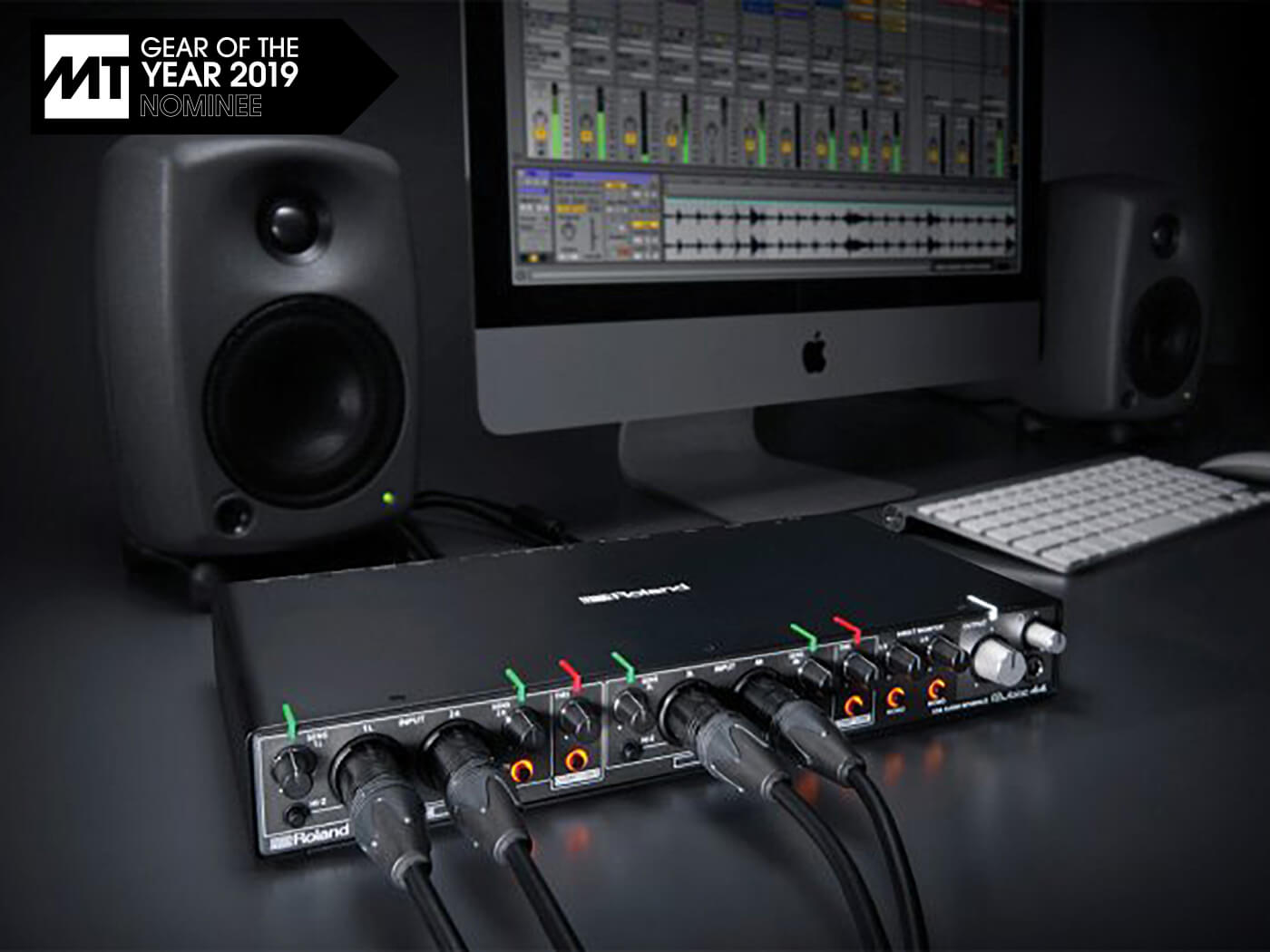 Roland may be better known for its range of synths and drum machines but with the Rubix range, but with the Rubix range, they’ve returned to designing audio interfaces. The Rubix44, a four-in, four-out USB interface is physically impressive, with an exceptional level of controls and options in a great layout. That’s not to mention its affordable price tag, which was impressive enough to be given our Value Award. It offers low-latency, audio rates up to 192kHz and offers a built-in compressor/limiter. This is the last in our nominations, so you can vote below to see if it comes first in the rankings of Best Interface/Mixer of the Year.

#Audio Interfaces#Gear Of The Year 2019#Mixers