Our Ask Abbey Road series continues as we put your questions to Lewis Jones, engineer at the world-famous recording facility, for his production insight. 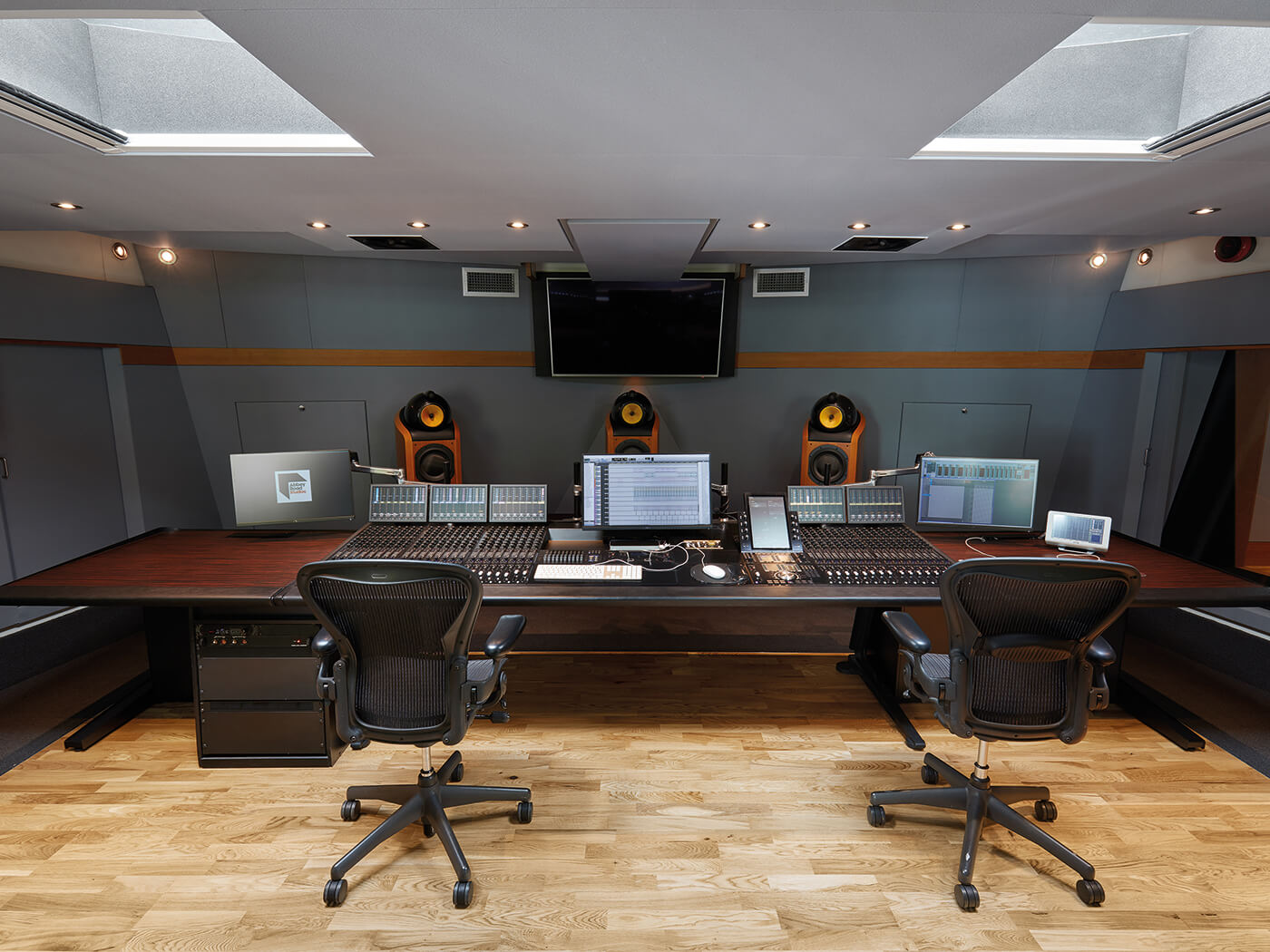 The Penthouse at Abbey Road Studio is now Dolby Atmos affiliated and equipped with a system for mixing in the immersive format.

This is the second of a two-part interview with Abbey Road engineer Lewis Jones. In the first part, Jones discussed his favourite gear, vocal production and mixing in Dolby Atmos.

Jones began life as a studio engineer some 20 years ago at Lansdowne Recording Studios where he cut his teeth on a huge variety of sessions spanning jazz, film scoring and rock bands. He later joined Abbey Road in 2006 where he’s worked as assistant and engineer to some of the biggest film composers on the planet. Here, he explains the use of a session stopper and how to listen constructively in a session.

MT: Do you have any tricks for getting the vocal to bed in?

Lewis Jones: I like running a delay into a reverb quite often. You can have all sorts of delays. You might have three delays going – a very short delay, a longer delay, and sometimes I try feeding those longer delays into the reverb. You can sometimes get some nice vocal reverb tails. It’s a trick I use a lot.

Generally, following the tempo of the track, I quite often have a quarter-note delay. But then you might even have a whole note or a half-note delay, which you feed to a reverb. And then you don’t have it very loud, but it just sits in the background, it helps sort of blend the vocal into the track.

MT: What about double- and triple-tracking the vocal?

LJ: Very much so. Of course, it’s track-dependent. Using double-tracks always helps to beef up or fatten the vocal, but it’s not always what people want. Layering vocals always helps, I find. And then there are all sorts of things you can do.

MT: If you had to pick a vocal chain, what would the most versatile configuration be?

LJ: For recording, I’d choose a Neve 1073 mic pre with EQ. I think it’s a great mic pre – it’s very hands-on, you can quickly cut the low end, boost the mid frequencies, then the UREI 1176. That would be my first choice. I tend to set up maybe three delay tracks inside the DAW. I’d probably use Soundtoys EchoBoy with a short quarter-note delay and I tend to experiment. I don’t always have an eight-note delay; on occasion, I’ll try something crazy. Sometimes it works, sometimes it doesn’t.

For reverb, I use the Bricasti M7 an awful lot. It’s a great reverb. It always depends on how much time you have, and what you’re doing, but to have a 1073, a UREI 1176, EchoBoy and a Bricasti would be my ideal chain for recording vocals. 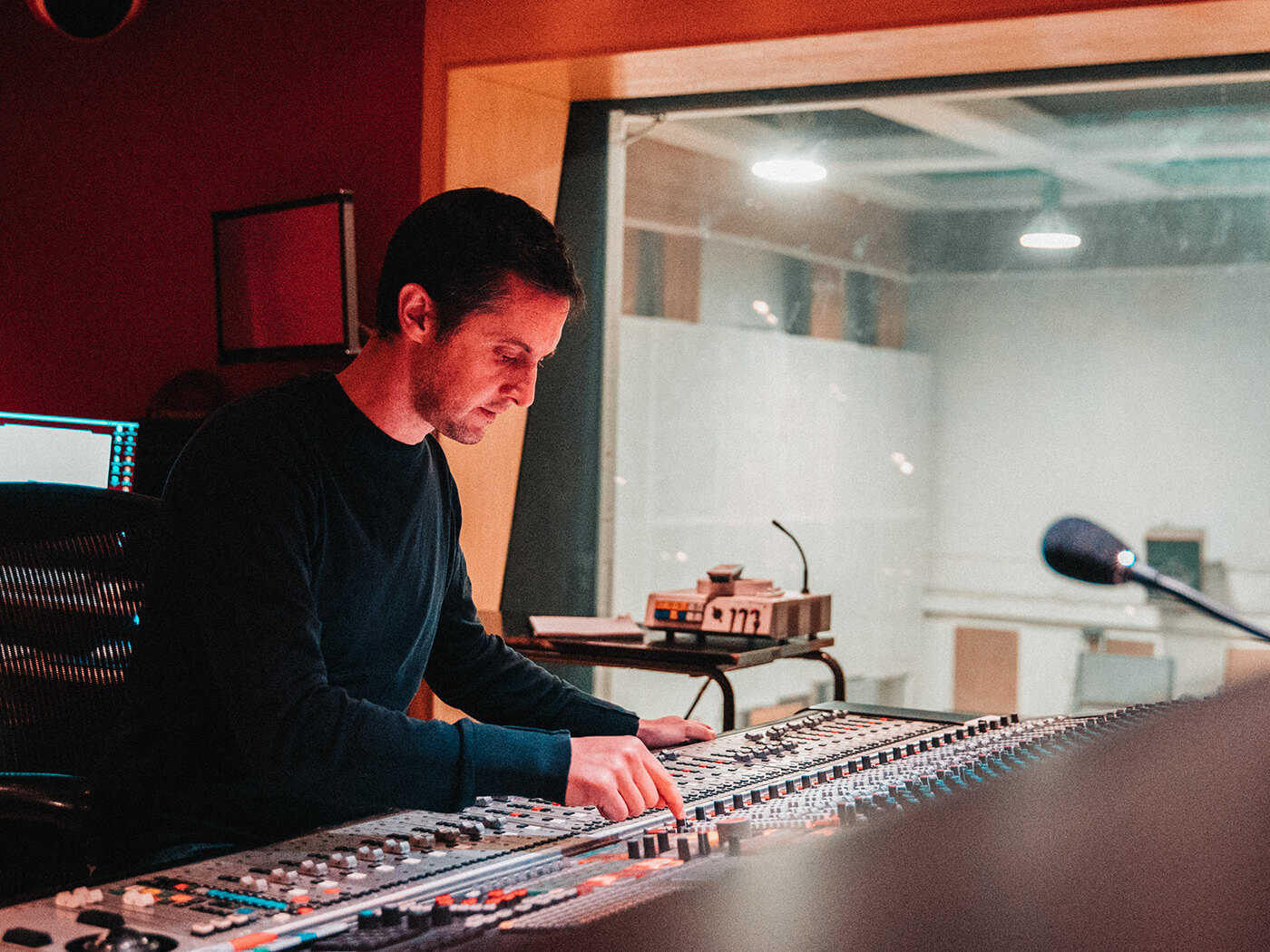 Will: Have you had any session stoppers? And what were those?

LJ: These sorts of occasions are very rare. Obviously, if you’re tracking an orchestra or maybe even a band and you got the whole band, and you’re using – there’s one of my top gear items, that Neve 88RS. I could not do without it. It is something I use every day. And its flexibility is just incredible.

Not that anyone could ever buy one of those for their home studio, but there was one occasion on a big film-scoring session where the engineer insisted on using the automation and the computer basically blew up. So, we had to replace the computer from one of the other rooms so that you could run live automation. I think we were probably up and running within 35 minutes, which is pretty good. That says a lot about the tech team at Abbey Road.

This next thing happens regularly on some of these bigger film projects where the director (or producer or a combination of people) do not think that a particular piece of music is working. We have stopped sessions and put the musicians on a break. Then the composer and their assistant will go to their writing rig in one of the booths. They’ll go with the director and quickly change things and come up with a different idea. And then that gets implemented very quickly. That does happen quite a lot.

“Using double-tracks always helps to beef up or fatten the vocal, but it’s not always what people want”

MT: Is there a concept or practice that you struggled to get right earlier on in your career? And what do you see people getting wrong a lot when they come in?

LJ: This is really easy. It’s to listen. To use your ears and listen is the most important thing. I remember being scared stiff by a 24-track analogue tape machine that was synced to a U-matic [analogue video cassette] on a session once – this was very early on in my career. And you’ve got the live musicians, all the people in the room, and I’m running this tape machine and having to drop in and it’s syncing up with the picture. Panicking, I hit stop and cut off the tail of that piece of music. And the engineer turned around to me and said: “Just calm down Lewis, don’t worry. Use your ears and listen to what’s going on, when it dies away, then you can press stop. Use your ears. They’re the most valuable things that you have.”

MT: How do you listen constructively in the session?

LJ: I think this is something that comes with experience and is quite disciplined. It can be very tiring, concentrating and listening, for nine-to-10 hours a day, and becomes a very disciplined affair. I guess thinking back, I probably can hear more things now than I used to, but that’s just because my ears are adapted to everything over time.

“There is no standard way of doing anything”

Jonathan: What do you see people getting wrong?

LJ: It’s not exactly that people are getting it wrong, but one thing that I have learnt from one very good engineer at Abbey Road. Sometimes I see people coming in and they open up their Pro Tools session and every single insert slot has got a plug-in on it. There are just hundreds and hundreds of processing plug-ins going on… and you just look at it and go, “Oh my goodness, where do you start?”

And I found that if you record something well, you don’t necessarily need tonnes and tonnes of processing. I think sometimes people fall into the trap of immediately putting this filter on, this de-esser on, and so on. It’s because that’s what everyone says to do in the magazines or online! It’s not always the case. And this comes back to using your ears. If you think it sounds good, it probably does sound good. And you probably don’t need to do too much.

But as you introduce all of the elements of a song or a piece of music, that’s where you need those tools, perhaps to just help you in ways. Use your ears, don’t just dive straight in with all the toys that are available to you. It’s great to have all those toys, but don’t fall into the trap of thinking you have to use them.

There are some great tools available to us. But they won’t necessarily work in every situation. And there is no standard way of doing anything.

MT: When was the last time you were truly moved by music?

LJ: Yesterday. I was recording James Taylor Quartet in Studio Two. It’s a four-piece band with woodwind and brass section and then we separately tracked the strings. We did the whole album yesterday. It was just awesome. Great players, great music. We have the great fortune to record some of the top London session musicians every day. Yesterday was just one of those magical moments where the combination of great instruments, great players, great music, all live in Studio Two at Abbey Road. Great mics, great gear. It was just a fantastic day. You feel very fortunate when you have those days.