We sat down with Andrew Scheps at Metropolis Studios, who’s credits include The Red Hot Chili Peppers, Lady Gaga, Adele and Beyoncé… The Academy of Contemporary Music (ACM) were thrilled to welcome Grammy Award-winning producer Andrew Scheps in for an exclusive masterclass recently. Held at sister company Metropolis Studios in the iconic studio A, Andrew […] 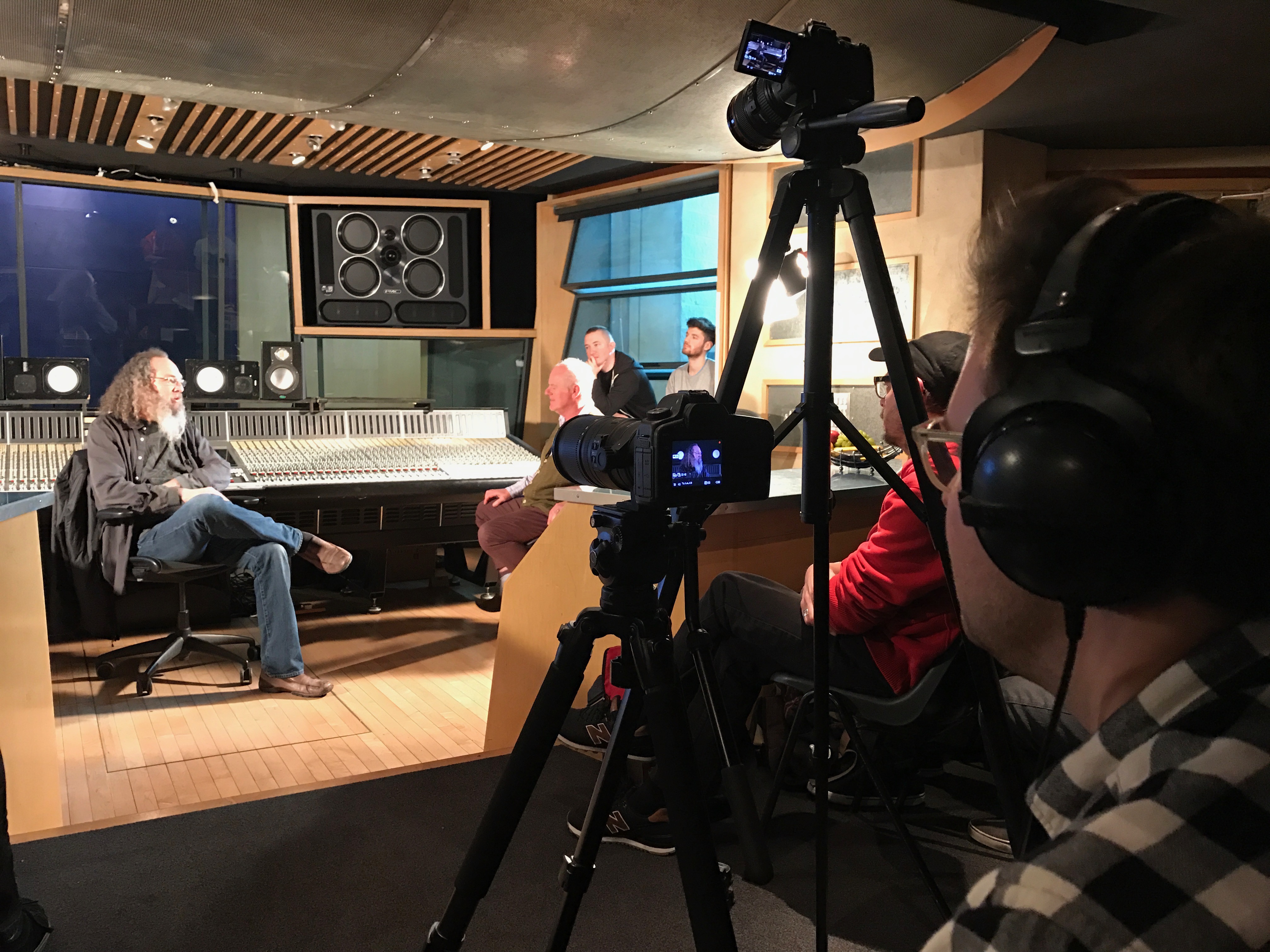 We sat down with Andrew Scheps at Metropolis Studios, who’s credits include The Red Hot Chili Peppers, Lady Gaga, Adele and Beyoncé…

The Academy of Contemporary Music (ACM) were thrilled to welcome Grammy Award-winning producer Andrew Scheps in for an exclusive masterclass recently. Held at sister company Metropolis Studios in the iconic studio A, Andrew spoke about his career to date, answered questions and showed students an array of production techniques.

Presented by experienced ACM production tutor John Gallen, Andrew kicked off with an overview of his career in the music industry so far. Having worked with The Red Hot Chili Peppers, Adele, Lady Gaga, Beyoncé and Metallica to name just a few, ACM were honoured that such an established producer took time out of his busy career to share his experience with the students.

During the class Andrew revealed that, much like ACM students, he started out by studying for a degree in Sound Engineering. Following his education, Andrew moved to New England Digital (makers of the Synclavier) to work in manufacturing. After making the move to the UK, Andrew told students how he became a trouble-shooter which enabled him to sit in on fantastic sessions with bands such as Dire Straits.

Andrew spoke to students about changes in the route to becoming an engineer: Previously there were many different roles within a recording process which you could work your way through the ranks in, now it is often left to just one person to take responsibility for the entire process. When speaking about his own route into the business, Andrew said it was his knowledge of Pro Tools that got him ahead as it was, and still is, a vital skill-set for the production of rock music. One of the most important things that Andrew shared with students was that there is no right or wrong way of producing or mixing: “Everyone hears music differently.”

When discussing equipment, Andrew shared: “There’s no magic plug-in to make it sound amazing” and that, aside from the maths and physics of sound engineering, it’s knowing which take has the right vibe that’s where the true talent lies. Andrew said: “my own mixing setup is really simple, just a laptop, speakers and some headphones – it’s not expensive equipment that makes a great track.”

Questions were encouraged throughout the class and Andrew was clearly impressed with the students of ACM, saying: “It seems everyone here has a really good grounding and understanding of the process and what making records is, so yeah really impressed actually.”